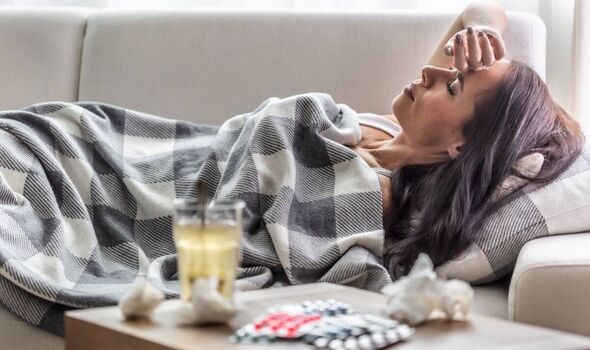 Some 17,381 deaths were registered in the week to January 12 – 2,837 more than average for the time of year. The number of deaths over those usually expected was the highest since the second wave of Covid in February 2021, according to the Office for National Statistics.

The virus accounted for just five percent of the excess, meaning other factors were driving the surge.

Almost 30,000 excess deaths have been registered in England and Wales since the week to August 5.

Some deaths are believed to be due to patients putting off seeking help at the height of Covid and their health then deteriorating.

Deaths involving flu and pneumonia accounted for almost a quarter of the total registered in England and Wales in the first two weeks of the year.

Extreme pressure on the NHS has also been blamed for hundreds of deaths each week.

The Royal College of Emergency Medicine has estimated that 300-500 people are dying per week as a result of A&E delays. NHS England has disputed the figures.

Dr Adrian Boyle, the college’s president, told MPs on the Commons Health and Social Care Committee yesterday: “If you look at performance figures, on every metric what went on in December was terrible.”

He added: “A lot of nurses, particularly the experienced nurses, are leaving in droves.

“We are haemorrhaging experienced emergency nurses because they find it very frustrating.

“The problem is not that there’s too much work, but they’re unable to do the work that they’re trained to do.”

Labour’s shadow public health minister Andrew Gwynne told the House of Commons: “There were 50,000 more deaths than we would have otherwise expected in 2022.

“Excluding the pandemic, that is the worst figure since 1951. The Health Secretary – part-man, part-ostrich – says he doesn’t accept those figures, but as many as 500 people are dying every week waiting for essential care and we’re still getting the same old Tory denial and buck-passing.”