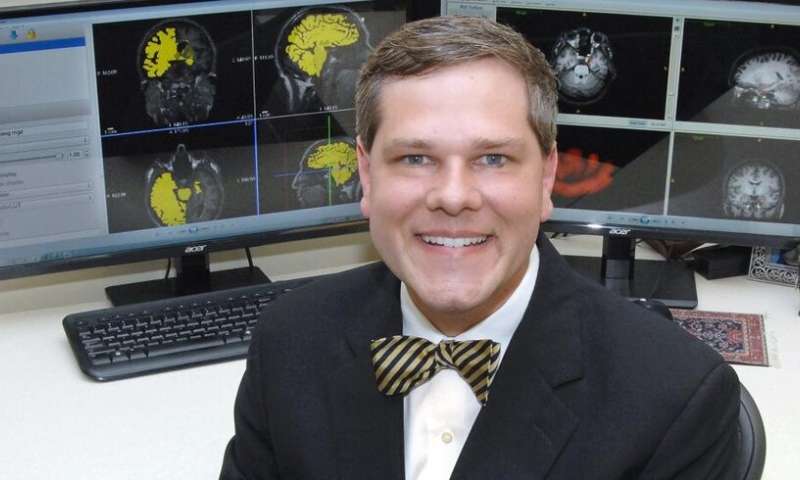 Anxiety disorders are the most common mental illness in the U.S., with approximately 4.4 million children and adolescents affected, according to the Centers for Disease Control and Prevention.

“These disorders are not only common in children and teens, but, if untreated, result in considerable personal and economic cost over the lifetime,” says Jeffrey Strawn, MD, associate professor and anxiety expert in the Department of Psychiatry and Behavioral Neuroscience at the University of Cincinnati.

In a new National Institute of Mental Health-funded study, led by Strawn and published in the Journal of Clinical Psychiatry, UC researchers took a first look at one particular medication for treatment of these disorders in pediatric patients to see if it was beneficial.

“Psychotherapy and medications reduce symptoms for many children and adolescents with anxiety disorders,” says the UC Health physician. “In particular, the selective serotonin reuptake inhibitors, or SSRIs, have shown benefit in numerous trials.”

Strawn says SSRIs work by increasing serotonin in the brain. Serotonin is one of the chemical messengers that nerve cells use to communicate with one another. These medications block the reabsorption of serotonin into nerve cells, making more serotonin available to improve transmission of messages between neurons.

“However, up to two in five children don’t completely improve with existing medication treatments,” he says. “While SSRIs represent the first line medication for anxious youth, predicting treatment response is difficult. Improvement varies considerably from patient to patient, often resulting in a trial-and-error process of medication selection and dosing. Additionally, clinicians have limited data to help them to determine which patients will respond to what treatments. To help predict which patients would improve most with one SSRI, called escitalopram, my colleagues and I compared its use to a placebo in adolescents with generalized anxiety disorder.”

Fifty-one patients aged 12-17 were randomly chosen to be treated with either escitalopram or a placebo for eight weeks. Their anxiety symptoms and overall improvement were evaluated in addition to how well they tolerated the medication. They also had their blood drawn to assess how medication blood levels impacted their outcomes.

“We found this particular SSRI to be superior to a placebo in reducing anxiety,” Strawn says. “Also, differences in how adolescents break down the medication affected blood levels, and these blood levels predicted certain side effects, like restlessness, jitteriness and insomnia. Understanding how blood levels vary could help us determine dosage.”

Strawn says this is the first controlled study of this SSRI for pediatric anxiety disorders and the first to assess the impact of metabolism on escitalopram blood levels in adolescents. He says a larger study with a more diverse population is needed.