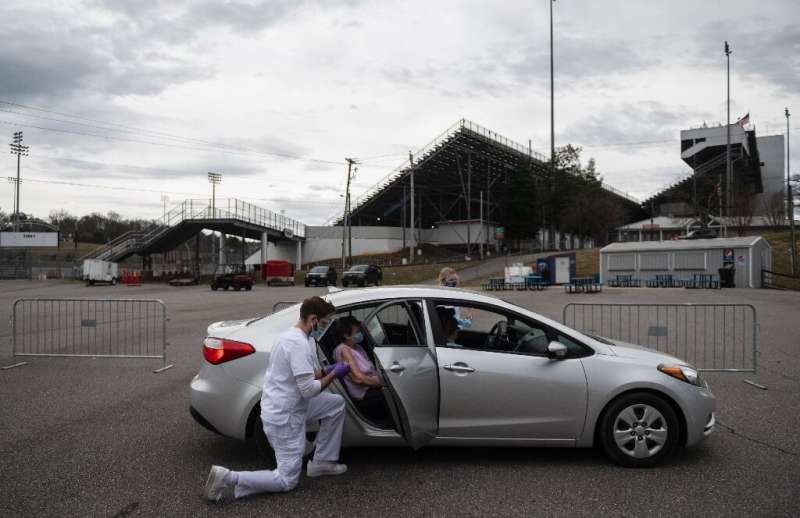 The European Union is facing further shortfalls in its coronavirus inoculation programme after Anglo/Swedish pharmaceutical giant AstraZeneca said production problems and export restrictions would reduce planned deliveries of its vaccine.

AstraZeneca’s image has already taken a hit with several countries suspending the rollout of its vaccine over blood clot fears, even as the World Health Organization said there was no reason to stop using it.

Denmark, Norway and Iceland have paused using the shot as a precaution and an Indian official on Saturday said the country would carry out a deeper review of its post-vaccination side effects next week.

AstraZeneca blamed production problems and export restrictions for the latest shortfall, a major setback in efforts to fight a pandemic that has claimed 2.6 million lives worldwide.

The company had previously warned it was facing shortfalls from its European supply chain due to “lower-than-expected output from the production process” and was hoping to compensate in part by sourcing vaccines from its global network.

AstraZeneca started delivery of the vaccine to the EU in February, and still aims to deliver 100 million doses in the first half of 2021.

Of this, 30 million are due to be delivered in the first quarter. 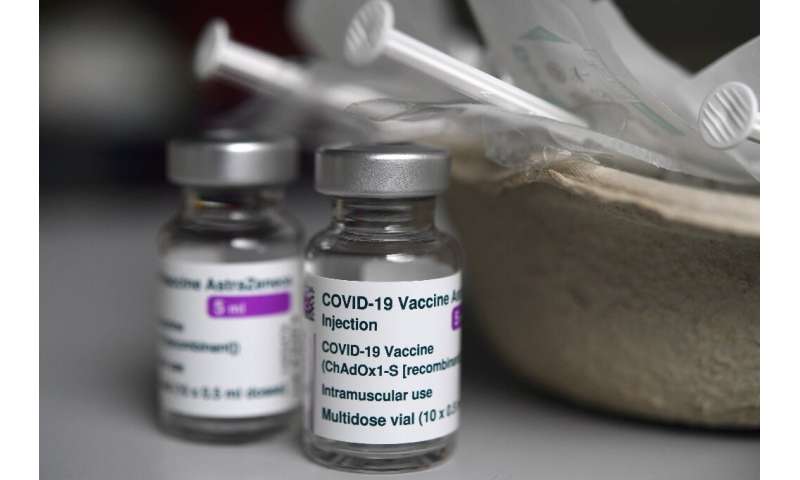 AstraZeneca had initially agreed to supply three times as many doses in the first quarter, and 180 million doses in second quarter alone.

The EU on Saturday sidestepped the issue of the number of AstraZeneca doses it was expecting. “We are aware that the company is experiencing supply issues and that discussions are on-going,” it said.

Germany has already reported adverse effects due to the delay, the state of Thuringia cancelling appointments and suspending a pilot project for general practitioners to administer the vaccine.

French Prime Minister Jean Castex said his government still expected to exceed a target of 10 million vaccinated by April 15, though he deplored that some labs were not respecting delivery deadlines.

Castex defended the use of the AstraZeneca jab despite precautions taken by other nations.

“I would not allow myself to send poison to my fellow citizens,” he said during a visit to a vaccination centre. 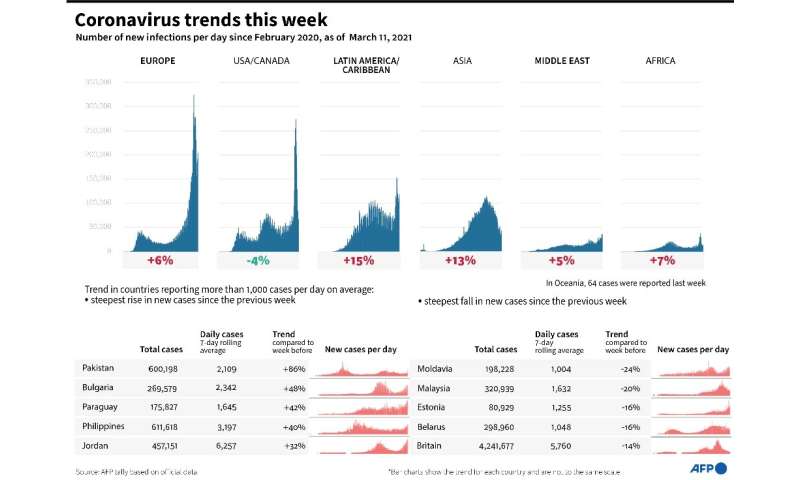 A string of setbacks

The United States has ramped up its vaccination programme after a shaky start.

The Centers for Disease Control and Prevention said 100 million vaccine doses had been administered in the US, which is around 30 percent of the total given worldwide so far.

Ethiopia also gave out its first doses of vaccine on Saturday, as the health ministry warned of an “alarming” increase in COVID-19 cases there.

Africa’s second most populous country last week received 2.2 million doses of the AstraZeneca jab, manufactured by the Serum Institute of India, and will give jabs to health workers in the first phase.

AstraZeneca received further blows this week when several countries suspended use of its vaccine, while the EU’s drug regulator said severe allergies should be added to the possible side effects.

The World Health Organization, which said its vaccines advisory committee was examining the safety data coming in, has stressed that no causal link has been established between the AstraZeneca vaccine and blood clotting.

“Yes, we should continue using the AstraZeneca vaccine,” WHO spokeswoman Margaret Harris said Friday, stressing that any concerns over safety must be investigated.

AstraZeneca insisted its jab was safe, adding there is “no evidence” of higher blood clot risks. 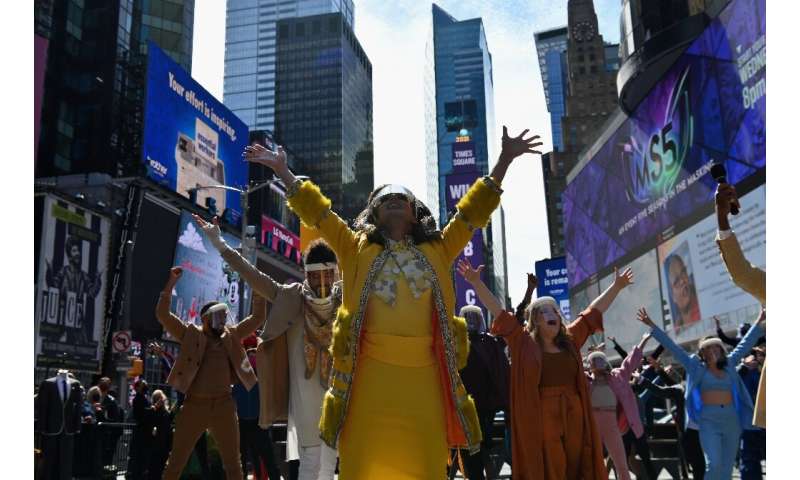 Italy and Austria have banned the use of jabs from separate batches of AstraZeneca, and Thailand and Bulgaria said this week they would delay their rollout.

The shadow cast over the AstraZeneca jab is adding to the EU’s problems distributing vaccines amid fears of another bout of the virus.

Austria, the Czech Republic, Slovenia, Bulgaria and Latvia meanwhile called for EU talks to discuss “huge disparities” in vaccine distribution, according to a letter published on Saturday.

The leaders of the countries sent the letter to the EU chiefs claiming that “deliveries of vaccine doses by pharma companies to individual EU member states are not being implemented on an equal basis.”

“If this system were to carry on, it would continue creating and exacerbating huge disparities among member states by this summer, whereby some would be able to reach herd immunity in a few weeks while others would lag far behind,” the letter said.

Italy on Friday announced tough new restrictions in much of the country, with Prime Minister Mario Draghi warning it faced “a new wave” of infections.

Schools, restaurants, shops and museums were ordered to close across most regions of Italy, including Rome and Milan from next week.