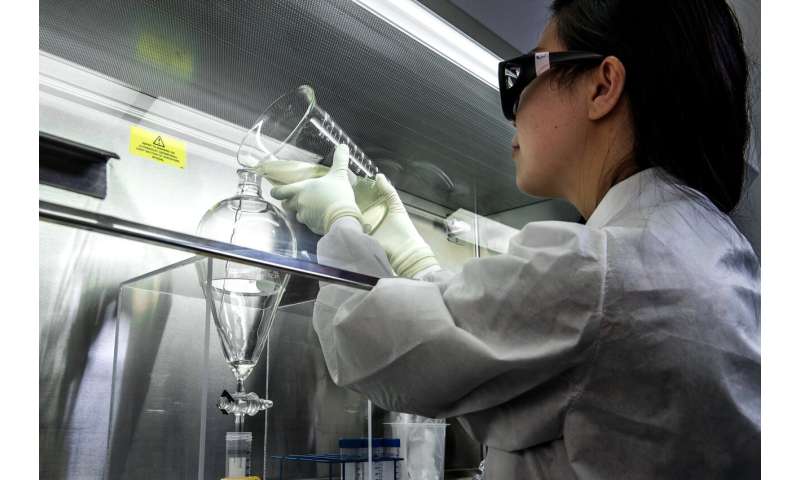 A study published in the New England Journal of Medicine has shown the safety and tolerability of the new investigational drug tofersen, which has the potential to reduce the levels of a toxic cell protein in people living with a form of motor neuron disease (MND) that is triggered by a faulty gene called SOD1.

SOD1 is the known cause for triggering MND in two percent of all patients with ALS, and up to 20 percent of patients who have a family history of the disease.

Scientists from the University of Sheffield’s Institute for Translational Neuroscience (SITraN) worked with the Sheffield Teaching Hospitals NHS Foundation Trust on the study at the National Institute for Health Research (NIHR) Sheffield Biomedical Research Center, the only site in the UK to participate in this exciting international clinical trial which evaluated the safety and efficacy of the investigational drug developed for SOD1 MND.

Amyotrophic lateral sclerosis (ALS), or motor neuron disease as is it known in the UK, is a disorder that affects the nerves—or motor neurons—in the brain and spinal cord that form the connection between the nervous system and muscles to enable movement of the body. The messages from these nerves gradually stop reaching the muscles, leading them to weaken, stiffen and eventually waste. The progressive disease affects a patient’s ability to walk, talk, use their arms and hands, eat and breathe.

Les Wood, 66, from Doncaster has been living with MND since 2012. He said: “I’m one of three siblings who all inherited the SOD1 gene and was in my mid-50s when I started noticing symptoms. My sisters had both developed MND earlier and I saw how quickly their condition deteriorated. So the research into diseases like MND that is happening now is so important.”

Professor Dame Pamela Shaw, Director of SITraN, European Chief Investigator on the trial and Director of the NIHR Sheffield Biomedical Research Center, said: “The rise of genetic screening in our clinic means that we can now identify the different genetic subtypes of MND, which is helping to enhance the research effort. It has been a real privilege to participate in this trial of the investigational drug tofersen here in Sheffield, and our patients have shown huge commitment in taking part; so it’s a step forward that the published results warrant additional study in a larger patient group.”

Professor Chris McDermott from SITraN, Principal Investigator of the Sheffield trial and NIHR Sheffield BRC Deputy Director, said: “Superoxide dismutase 1, known as SOD1 was the first gene found to cause MND. It is an enzyme found in all living cells that acts as an antioxidant to reduce reactive oxygen species that would otherwise cause damage. About two percent of people with MND have this mutation which causes the enzyme itself to be toxic to their cells. The primary objective of the study was to evaluate the safety and tolerability of tofersen which shows signs of potential efficacy in lowering the levels of the toxic SOD1 protein in the nervous system, something which will reduce damage in the nerve cells and help to slow the progression of symptoms.”