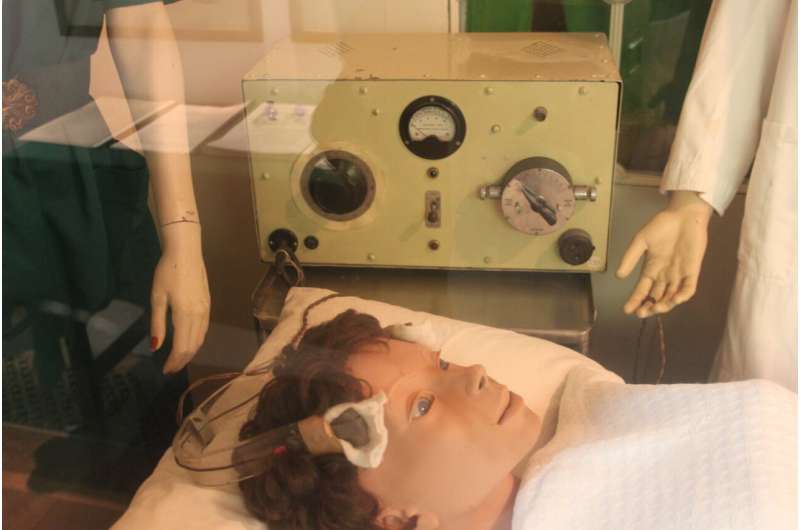 The safety concerns associated with electroconvulsive therapy (ECT) are unwarranted, according to a new study in Frontiers in Psychology. In part due to historical misuse and cinematic portrayals such as in One flew over the cuckoo’s nest, physicians and patients have been reluctant to use this approach. But extensive evidence appears to show that ECT may be one of the most valuable and effective options for severe and treatment-resistant mental conditions such as schizophrenia and depression. This latest study of more than 3,100 ECT sessions in a German psychiatric hospital appears to confirm that ECT is also very safe. There were no cases of permanent impairments from the treatment and only three sessions (<0.1%) caused potentially life-threatening events, which were all resolved by medical interventions.

“Our research provides evidence that the negative attitude toward ECT—one of the most effective treatments for psychiatric disease—urgently needs to be corrected,” said corresponding author Prof Göran Hajak from the Social Foundation in Bamberg, Germany.

“Difficult-to-treat depression is a mental disorder that has been highlighted by the World Health Organization as one of the leading causes of human disability worldwide, but the irrational public fear of suffering permanent health damage from ECT has largely restricted its use in psychiatry,” said Hajak. “Only around 2% of eligible patients with severe and treatment-resistant depression are currently treated with ECT worldwide.”

Unlike its depiction in non-scientific media or films, ECT is performed under short-term anesthesia and the medical team induces a single brief epileptic seizure during the treatment session. The technology uses a carefully controlled electrical current that causes a discharge of nerve impulses in the brain while leaving the rest of the body unaffected. This is thought to function as a ‘reset’ for the brain functions underlying several mental conditions.

The current study is a retrospective analysis that looked at the safety protocols and medical records of 157 patients who, combined, received more than 3,100 ECT sessions during the three years between 2018 and 2020. Across this data set, there were only three patients who experienced potentially life-threatening complications, but all three recovered with no lasting effects. Less than 20% of patients reported milder adverse events, such as cognitive or cerebral disturbances. These minor effects were largely associated with higher doses of electrical stimulus and increased number of treatment sessions.

ECT is safe but should be done in maximally controlled settings

One of the most important caveats of this work is the potential variation between ECT procedures in different hospitals and countries. The authors emphasize that ECT should only be performed in a controlled setting by an experienced medical team including a physician, nurse, and anesthetist, and that there should be access to intensive care methods if an emergency arises. To account for procedural variations, the authors recommend that each institution compile their own safety data and risk profile.