Mycoplasma contamination is a bacterial infection of cell cultures in laboratories. These bacteria are difficult to detect and can easily spread from one culture to another once within a laboratory. 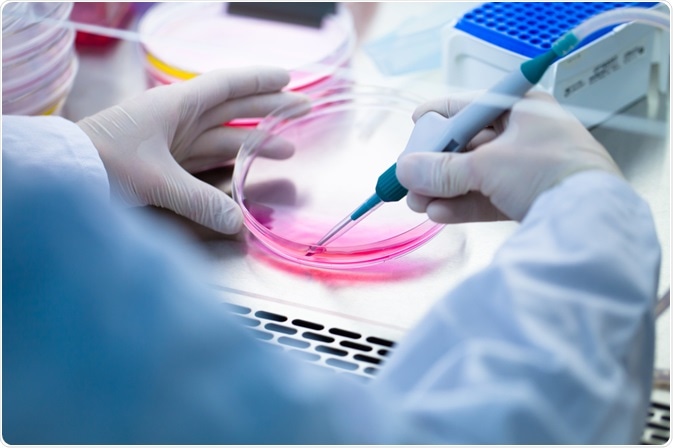 While mycoplasma are somewhat commensal in nature, they can have severe effects on cell proliferation and culture health. This, in turn, affects the experimental results and can skew scientific research. Because of this, mycoplasma contamination is treated very seriously.

Increased regulation of animal testing has  led more and more research groups to turn to cell cultures. This allows cellular mechanisms to be studied independently of a live animal, as the cells are isolated and grown in a controlled environmental setting.

While beneficial in many ways, cell cultures are more exposed to environmental threats due to lacking a complete physiological defense system. Many bacterial and fungal contaminants can be more easily detected because they grow more obviously, but mycoplasmas are subtler and therefore harder to detect.

In fact, some researchers have suggested that mycoplasma contamination is so widespread and difficult to detect that it is the norm, not the exception, when growing cell cultures.

Apart from studying cell physiology, cell cultures are used to create biologically active substances, such as vaccines. In such settings, mycoplasma contamination can cause vaccine failure. Vaccines are produced in primary cell cultures, which many, but not all, countries require to be checked for mycoplasma contamination before the vaccine can be released for use on humans.

However, mycoplasma growth is relatively slow. Apart from a long generation time of anywhere from 1 to 9 hours, their long lag phase means it can take over a week from initial contamination until a culture is visible.

Once mycoplasma have infected a culture and grown enough, the over growth can cause deterioration of the cells in the culture and subsequent culture loss.

Despite this, since the behavior of mycoplasma is different in cell cultures than in live organisms, there are no consistent reports of how mycoplasma affects cells in cultures. The effects can also vary depending on the type of cell infected.

Mycoplasmas can ferment , meaning they degrade simple sugars to obtain energy. However, this process creates acidic metabolites which are harmful for surrounding cells, either by altering cell function or inducing cytopathic effects.

Some mycoplasma species are believed to utilize an arginine deiminase pathway to obtain energy. This has several harmful effects for infected cell cultures.

The reduction in arginine in the culture medium as a result of this pathway leads to growth abnormalities in cultured cells, reduced viability, cell detachment from culture vessel surface, and cellular granulation.

There have been some links showing that cell apoptosis can be due to arginine deiminase arresting cells in G1. This may then be one way in which mycoplasma cause apoptosis and destruction of the cell culture.

Mycoplasmas are relatively sparse bacteria which lack the ability to synthesize their own genetic material precursors. It has therefore been proposed that mycoplasmas utilize nucleases to degrade DNA of surrounding cells. Endonucleases produced by mycoplasma can remain localized on the membrane or be secreted into the extracellular space.

This can be accompanied by apoptosis, and thus subsequent culture destruction. For this reason, mycoplasma contamination can be incredibly detrimental to research pertaining to apoptosis, since it can give false results about nucleases.

It has even been suggested that, given the high rate of mycoplasma contamination, many apoptotic nucleases reported from cell culture lines may not be of eukaryotic origin at all.