Eddie Izzard, 57, was set for a life as an accountant until comedy came into his life. He decided to leave his accountancy degree and made the brave decision of getting into comedy. Eddie started out on the streets of London, often in Covent Garden. He spent most of the 80s working as a street performer travelling through Europe and the United States. Eddie’s big break came in 1991 when he performed his “Raised by Wolves” sketch on the televised “Hysteria 3” AIDS benefit and soon became a household name.

Never one to shy away from a challenge, Eddie decided to push his body to the limits by doing 27 marathons in 27 days in the blistering heat of South Africa in aid of Sport Relief.

The charity run was in honour of Nelson Mandela and his 27 years he spent in prison on Robben Island.

The noble decision nearly cost him his life, however, when he landed up in casualty with doctors fearing he had a life-threatening kidney disease rhabdomyolysis. 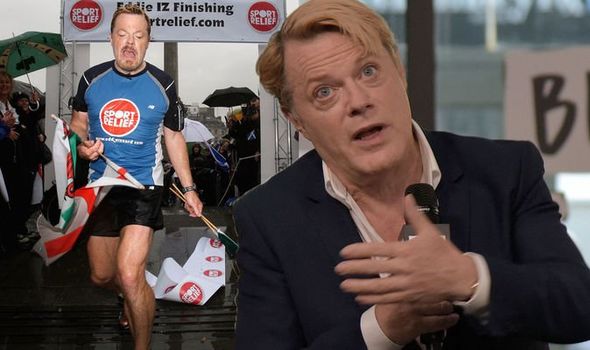 Speaking during his break from his epic run, Eddie said: “I’ve had a few pretty dark moments. But the darkest was probably on Day Two when I wasn’t reacting terribly well to the heat and was sent to the hospital for tests and told I’d have to back off.

“Doubts crept in, I was throwing up in those early days and everything ached. I had back spasms, awful sunburn – I lost about four layers of skin – and I was suffering with extreme heat exhaustion.

“They were worried it was rhabdomyolysis which is basically the breakdown of your muscle into your bloodstream and can be fatal.

“So then I feared I wouldn’t be able to run any more and that was awful.”

Rhabdomyolysis is a serious syndrome due to a direct or indirect muscle injury. It results from the data of muscle fibres and release of their contents into the bloodstream.

This can lead to serious complications such as renal (kidney) failure.

This means the kidneys cannot remove waste and concentrated urine. In rare cases, rhabdomyolysis can even cause death.

However, prompt treatment often brings a good outcome. Here’s what you need to know about rhabdomyolysis. 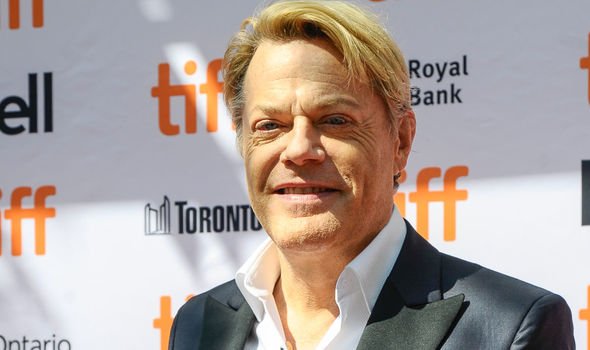 What are the signs of heat exhaustion

The NHS said: “The signs of heat exhaustion include headache, dizziness and confusion, loss of appetite and feeling sick, excessive sweating and pale, clammy skin, cramps in the arms, legs and stomach, fast breathing or pulse, temperature of 38C or above or being very thirsty.

The symptoms are often the same in adults and children, although children may become floppy and sleepy.

If someone is showing signs of heat exhaustion, they need to be cooled down immediately.” 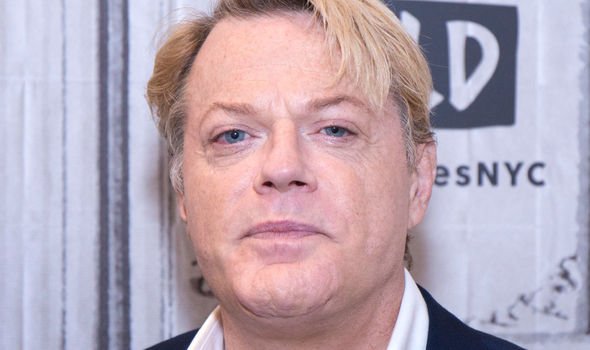 Eddie overcame his bout of ill-health and was able to complete 46 marathons in 52 days and raised an impressive £1.1 million for charity.

Eddie said at the time: “I’ve been through hell. Now it’s about true grit, getting it done and mind over body. I will not stop.

“Can I do it? Yes I can. I’m a transgender guy, an LGBT guy, who’s doing this challenge, so hopefully that’s a positive thing, and I’d like to think it is something Nelson Mandela would have given the thumbs-up.”