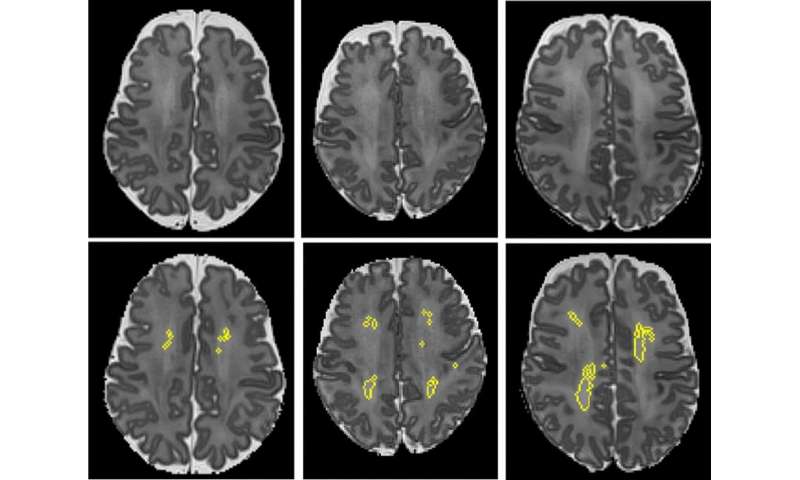 As many as 70% of very premature infants (born earlier than 32 weeks gestation) show signs of white matter abnormalities at birth. But only some of those infants go on to develop cognitive, language, motor, or behavioral disorders as they grow.

Now, scientists say a new software tool can employ MRI scan data to predict which infants are most at risk of these brain developmental issues. The tool’s latest milestone—predicting the risk of motor development disorders (e.g. cerebral palsy) —were detailed online Sept. 28, 2020, in Scientific Reports.

The study was led by Nehal Parikh, DO, MS, a neonatologist and researcher with the Perinatal Institute at Cincinnati Children’s who has been working on this line of research for 12 years. He and his collaborators have published several papers exploring the value of measuring diffuse white matter abnormality (DWMA) as a biomarker for brain disorders.

“While most researchers and doctors have concluded that DWMA is not pathologic, our novel studies are concluding otherwise,” Parikh says. “Most studies have diagnosed DWMA qualitatively based on visual readings from radiologists (yes/no, mild/moderate/severe). These subjective diagnoses have been unreliable and therefore have not been significantly associated with neurodevelopmental disorders.”

However, quantifying the volume of DWMA, does allow for risk stratification, Parikh says. The method also allows for earlier diagnosis. Currently, affected children are not diagnosed with these disorders until 2 to 5 years of age.

The first publications related to the software date back to 2013, with findings reported in Neuroimage, PLOS ONE and Pediatric Neurology that showed an association between DWMA volume and cognitive and language development at 2 years of age.

Earlier this year, they externally validated their findings and reported in the Journal of Pediatrics that DWMA volume significantly predicts cognitive and language development at 2 years of age. Additionally, in Pediatric Neurology, the team reported DWMA volume associations with the two most common neonatal diseases, bronchopulmonary dysplasia and retinopathy of prematurity.