Vaping is just as bad as cigarettes for your heart, finds landmark NIH studies — and using both carries biggest risk

Vapers are at the same risk of heart disease as cigarette users, according to  federally-funded research.

In two studies, one on mice and one on people, e-cigarettes were found to cause similar damage to blood vessels as smoking tobacco.

If blood vessels are damaged or can’t function properly, it makes it harder for oxygen-blood to travel to the heart and around the body.

There were also signs the combination of smoking and vaping may cause even more damage – in a worrying sign for those using e-cigarettes as a cessation.

Traditional tobacco is still believed to be worse for a person’s health that e-cigarettes because of its ties to lung cancer and other breathing issues.

This study gives more evidence that vapes are not the risk-free alternative that companies tout them as.

The report comes on the heels of new federal data that said more than 2.55 million  middle or high schoolers had used an e-cigarette device within the past 30 days.

Nearly 10 per cent of American adults vape, according to most recent data from the Centers for Disease Control and Prevention.

Federal regulators have described the situation as a ‘vaping epidemic’. 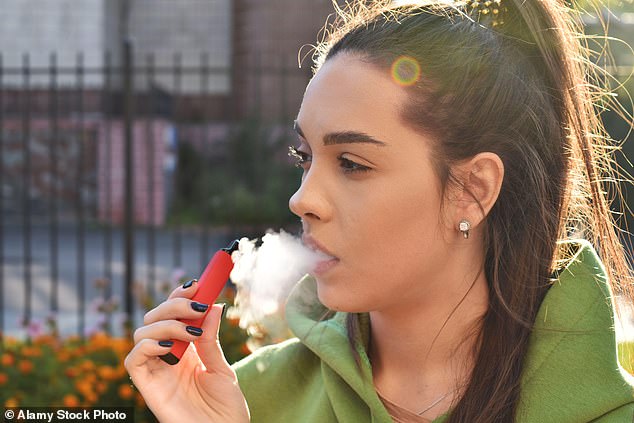 Vapers are at the same risk of heart disease as cigarette users, according to federally-funded research (file image) 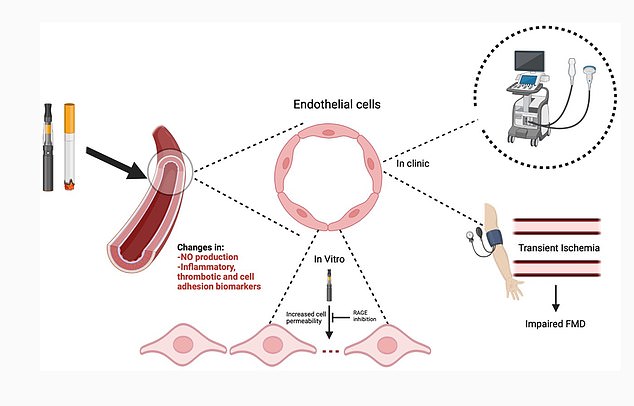 Cigarette smoking and e-cigarette vaping are both known to impair endothelial function, causing an inability of the large blood vessels to open enough to supply sufficient blood to the heart and other tissues (shown in the NIH diagram)

Long-term use of either combustible cigarettes or vapes caused damage to blood vessels, though each appeared to cause some adverse effects the other does not.

This suggests that dual use of the products compounds the damage.

The researchers received government funding from the National Heart, Lung, and Blood Institute, part of the sprawling National Institutes of Health.

The findings from experts at the University of California, San Francisco were published in the American Heart Association’s journal Arteriosclerosis, Thrombosis and Vascular Biology (ATVB).

Cigarette smoking and e-cigarette vaping are both known to impair endothelial function.

This can cause an inability of the large blood vessels to open enough to supply sufficient blood to the heart and other tissues.

Damage to these cells can lead to myriad cardiac and vascular problems such as hypertension and coronary artery disease. 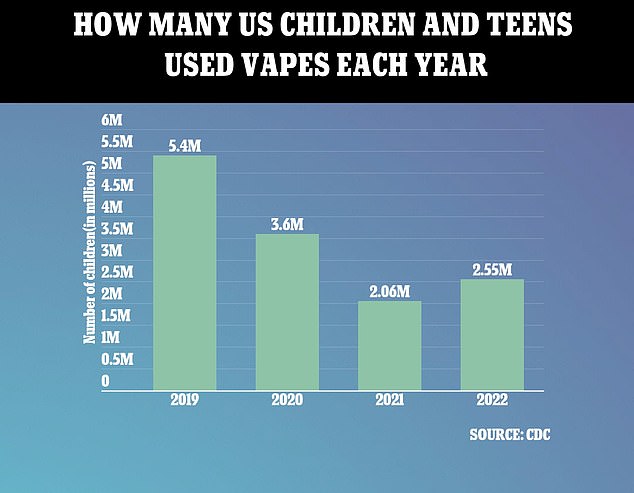 More than 2.5 million US children use e-cigarettes – rising a half-million from last year and reversing downward trends in recent years. The Centers for Disease Control and Prevention ( CDC ) reports that 2.55 million Americans in middle or high school admit using the device in the past 30 days. It is a jump of 500,000, or of 24 per cent, from 2021. It is the first increase since the CDC started gathering annual data in 2019 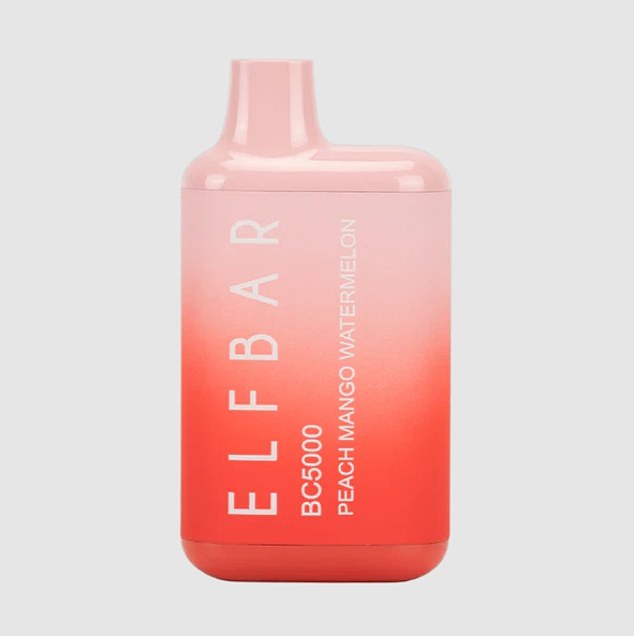 The risks of smoking combustible cigarettes and vaping are well-known. Scientists from California now say that individual ingredients in either are not necessarily responsible for blood vessel problems. Rather, inhalation of foreign substances causes the problems.

The findings reflect two studies, one conducted in mice and the other in humans.

In the mice study, researchers tried to determine if there were specific components of tobacco smoke or e-cigarette vapor that were responsible for blood vessel damage.

Blood vessel dilation was reduced after use of all four types of cigarettes.

They also exposed the rats to two of the main gases found in both smoke and e-cigarette aerosol, as well as clean carbon nanoparticles to evaluate their effects on blood vessel dilation.

Despite the difference in ingredients that make up e-cigarette aerosol and cigarette smoke, the researchers found that blood vessel damage does not appear to be caused by a specific component of cigarette smoke or e‑cigarette vapor.

Rather, it appears to be caused by airway irritation which triggers biological signals in the valgus nerve.

It is responsible for the involuntary internal organ functions, that somehow leads to blood vessel damage.

– When used simultaneously, the health effects could be even worse

– Long-term use of either caused damage to blood vessels, though each appeared to cause some adverse effects that the other does not, suggesting that dual use of the products compounds the damage.

– Blood from the e-cig users caused more permeability in the blood vessel cells than the blood from both tobacco smokers and nonusers, raising the risk of cell damage and heart disease.

Dr Matthew L. Springer, a professor of medicine in the division of cardiology at the University of California, San Francisco said: ‘We were surprised to find that there was not a single component that you could remove to stop the damaging effect of smoke or vapors on the blood vessels.’

‘As long as there’s an irritant in the airway, blood vessel function may be impaired,’ he said.

The scientists collected blood samples from each and exposed those samples to lab-cultured blood vessel cells and measured the release of nitric oxide, which indicates whether the endothelial cells are functioning properly.

The blood from the e-cigarette users and smokers caused a significantly greater decrease in nitric oxide production by the endothelial cells than the blood of nonusers.

The also found that blood from the e-cig users caused more permeability in the blood vessel cells than the blood from both tobacco smokers and nonusers.

Too much permeability means leaky blood vessels which can cause a host of inflammatory responses leading to cell damage and heart disease.

Dr Springer said: ‘These findings suggest that using the two products together, as many people do, could increase their health risks compared to using them individually… We had not expected to see that.’

The team’s results suggest that regulators such as the Food and Drug Administration cannot rely on prohibiting specific ingredients to avoid the adverse health effects.

‘Smoking and vaping can have similar harmful cardiovascular effects but each condition causes some potentially harmful effects that the other does not,’ Dr Springer said.

He added: ‘These differences indicate that dual product use, meaning smoking combustible cigarettes and also using e-cigarette products, may actually be worse for vascular health than either smoking or vaping alone.’