YouGov conducted a survey, commissioned by One Year No Beer (OYNB) and found that nearly 25 percent of people said they will quit alcohol for at least a month in January. The statistics were compiled in a report called ‘One year, no beer? How going alcohol-free long-term can overhaul your life’, which examined the broad social and health benefits of cutting out booze.

Giving up alcohol for a month at any time of the year can come with significant health benefits.

Alcohol has a detrimental effect on brain function, with research showing that having five or more drinks in one night can affect cognitive function for up to three days.

Long term heavy drinking can shrink the frontal lobes of the brain, impairing thinking skills, and prolonged drinking can inhibit the brain’s ability to repair itself.

READ MORE: Dementia symptoms: The way a person socialises could indicate early signs of the disease 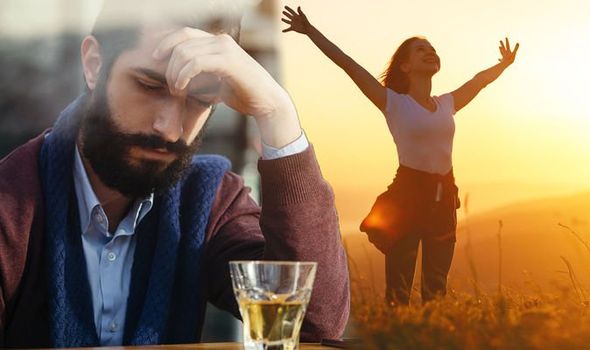 Professor Kevin Moore from the Royal Free Hospital in London, co-authored one of the largest studies into the effects of a four-week break from alcohol back in 2015.

He believes many are right to highlight the multitude of health benefits in going alcohol free.

He said: “It was interesting to see that almost 18 percent of those surveyed cited “better sleep” as a reason to give up alcohol. Our research has found that stopping drinking hugely improves the sleep quality of patients who were previously moderate drinkers.

“We recently studied the effects of short term abstinence and we found that at the end of a month of not drinking 80 percent of the patients said they felt so much better that they didn’t want to return to drinking alcohol as heavily as before.”

What are the health benefits of giving up alcohol?

Dr Mehta, senior lecturer at the UCL Institute for liver and digestive health said: “Our work has shown that a month off alcohol, in healthy individuals drinking at moderate to high levels, does lead to tangible health benefits by the end of the month.

“We saw weight loss of around 2kg, a decrease in blood pressure of around 5 percent and improvement in diabetes risk of almost 30 percent.

“We also noted large decreases in blood growth factors that are linked to certain cancers.

“However, we don’t know how long these benefits let, or whether they translate to long-term improvements in health.” 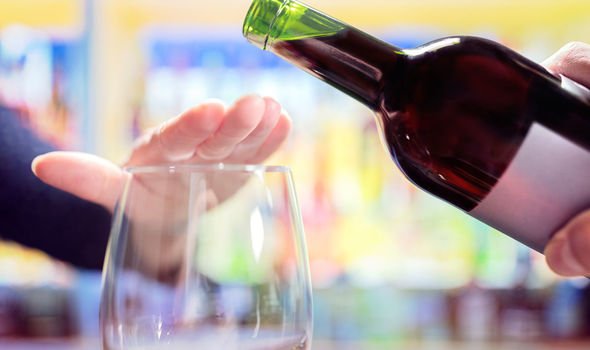 Top reasons why people are choosing to do dry January include to save money, improve health, lose weight, reduce anxiety or depression, sleep better, start a family, ability to this clearer, to do more activities on the weekend, improve appearance and improve relationships. 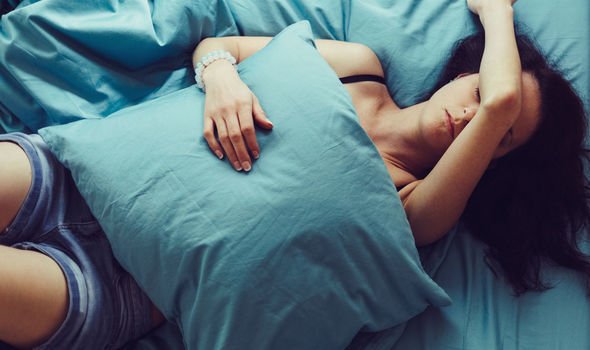 Ian Hamilton, lecturer in addiction at the University of York said: “Overall, Dry January is a good initiative as it prompts people to think about not just how much they drink but what their individual relationship with alcohol is.

“For example, if you often drink to relax, it might get people to think about alternative ways to relax rather than relying on alcohol.”

All experts agree that those who gave up alcohol found a physical and psychological difference. People were more motivated, had more energy and suffered less with mental disorders.

Giving up alcohol also improved liver function and liver stiffness. However they did note that those with an alcohol problem were unlikely to be helped by the campaign.