DR MAX THE MIND DOCTOR: People must learn the basics needed to save a life to avoid tragic consequences

Some years ago I was at a children’s birthday party when a little girl started choking. Panic ensued.

I was in another room when her dad, fear etched on his face, came rushing in to find me. But before I got to the child, a woman intervened and dislodged the small plastic ball the youngster had inhaled and was blocking her airway.

The woman wasn’t a doctor, nurse or paramedic. But she had done a first aid course and knew exactly what to do.

A year on, I attended the same party and we talked about the near-tragedy. So shaken were the parents who’d witnessed it, that nearly every one of them had had first aid training since or read up on it. 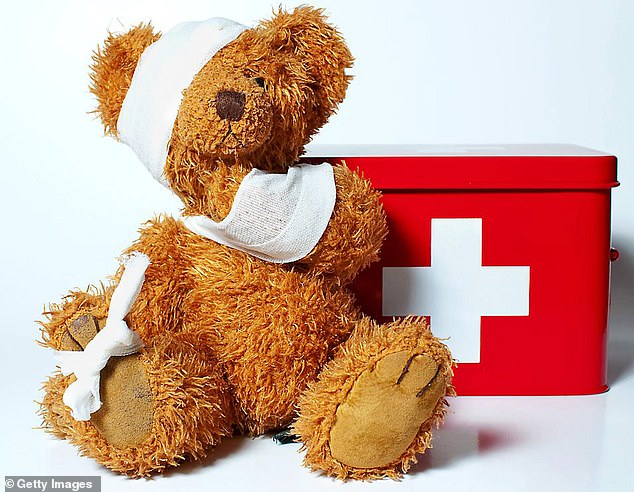 I found it very reassuring, but in truth it shouldn’t take such a crisis to spur us into action. Of course, we want to help when we see another person in trouble. But what most quickly realise is that they simply don’t know what to do if someone collapses in the street, is clutching their chest or gasping for breath.

Valuable minutes are lost to panic or waiting for someone else to take charge.

That is why I’m delighted that the Daily Mail has teamed up with St John Ambulance to produce a series of guides — launched today — on first aid. I’ve long been a champion of people learning the basics. Too often, I’ve seen in A&E the tragic consequences of the failure to do simple things that could have saved a life.

We know there are psychological barriers that stop people intervening in an emergency. They assume others are better qualified, or fear they will make a fool of themselves. But by arming yourself with a bit of knowledge, you will be empowered to step up — and it could save lives or at least keep someone alive long enough for help to arrive.

Ensuring someone has an open airway, for example, sounds obvious, but you’d be horrified at how often a fatality occurs when the victim is surrounded by people who never think to check he or she can breathe.

On a ferry to Calais once I saw a group of youngsters crowded round one of their friends who was on the floor. The teacher was instructing his classmates to raise his legs in the belief that this is what you should do if someone has fainted to boost blood flow to the brain. 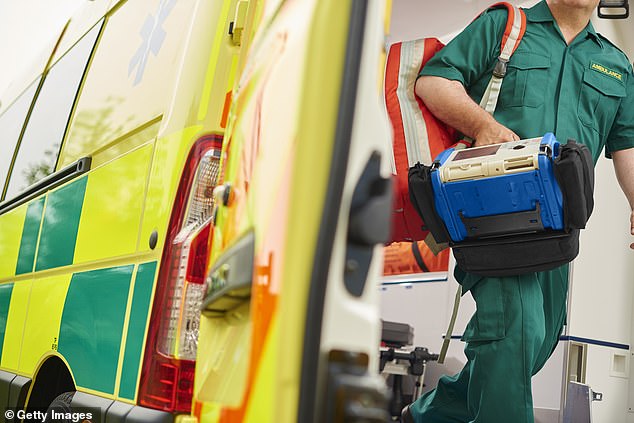 I’ve long been a champion of people learning the basics. Too often, I’ve seen in A&E the tragic consequences of the failure to do simple things that could have saved a life

I quickly realised he was choking on his tongue and intervened to get him in the recovery position so his breathing was no longer impaired. You don’t need a medical degree to do this — just the knowledge, training and presence of mind.

The basics of first aid are often common sense. First check the individual is breathing and that the airway is clear.

Where there is bleeding, apply pressure to the wound and elevate where possible…and so on.

But in the moment, people forget even basic principles and their judgment becomes clouded. This is where having a clear mental picture — built on sound knowledge — of what to do helps. It provides a focus and keeps you calm.

There is one final anecdote I’d like to share. Earlier this week, while I was in a supermarket, a man collapsed. Again, lots of people stood round him doing nothing very much.

I asked what was happening. ‘We thought he was having a heart attack,’ said a cashier, ‘but he says he isn’t having any chest pain.’

No one had called an ambulance or asked him if he had any medical problems. Yet the man was cold, sweaty, short of breath and having difficulty staying awake. I established that he was diabetic and although he’d taken his insulin, he hadn’t eaten all day. His blood glucose was dangerously low.

An ambulance was called and while we waited we gave him orange juice to sip and boiled sweets to suck, and he started to revive. Without the knowledge to realise what might be wrong and access to simple remedies, he could have gone into a coma and died.

None of us know if or when we will face an emergency involving a family member or a stranger. But we have a responsibility to make sure we have equipped ourselves with the skills that could mean the difference between their life and death.

How to beat obesity

Why are some children fat? Is junk food advertising to blame? Fizzy drinks? A shortage of playing fields? Could it even be air pollution?

Certainly, these things may play a part. But — and it’s heretical to say this — children are fat ultimately because of their parents.

They can’t be expected to choose healthy foods without education and encouragement. If a child is overweight, it’s because the parents aren’t feeding them properly.

A fascinating new study from Oxford University has found that teaching parents how to be stricter cuts childhood obesity.

The eight-week training course costs just £50 per family and shows parents how to ‘take charge’ of the family’s diet.

It has been successfully trialled in Leeds, achieveing more than a six per cent fall in obesity rates overall. In the most deprived areas, the figure was ten per cent. Now there are calls to roll out the scheme across the country.

Goodness knows we need it. One in five children will be obese by the time they leave primary school. A third will be overweight.

This is an appalling state of affairs that wrecks futures.

An overweight child has an 80 per cent chance of being a fat adult with all the attendant health risks — diabetes, heart disease, cancer etc.

If a child is identified as severely underweight, then social services are only too quick to intervene. Why don’t they do the same when a child is obese?

We need to be tougher on the parents of overweight children, and schools and local authorities must take greater responsibility for helping people better understand the consequences of poor diet and how to eat healthily.

What’s happened in Leeds is the way forward.

Hundreds of thousands of patients diagnosed with Alzheimer’s may instead have Late disease, according to research published this week in the journal Brain.

The disease mimics Alzheimer’s but is fundamentally different. This is a giant leap in understanding dementia and explains why there is so much variation in the way people diagnosed with Alzheimer’s respond to drug treatment and how their condition progresses.

It’s now clear that it’s because they have different diseases. The finding opens up the possibility for better, targeted treatments in the future — and hopefully, one day, a cure.

Game Of Thrones fans have been in raptures over this week’s episode, The Long Night. It was an epic battle sequence that lasted more than an hour.

The actors spoke about the rigours of filming it. They complained that nothing could have prepared them for 55 consecutive 11-hour night shoots and their resulting exhaustion.

Please! They’ve obviously never done a night shift in A&E. Just like Game Of Thrones, there are lots of fights, zombies (drunks), and even the odd dragon (some senior nurses).

But unlike mollycoddled actors, A&E staff are expected to do it night after night, with little thanks.

They’d certainly give Jon Snow, Arya and Brienne of Tarth a run for their money.