I am plagued with cramp in my legs at night. I have great difficulty getting back to sleep, and the various medications I’ve been prescribed don’t work. I am desperate for sleep.

This is not an uncommon condition. Some 40 per cent of adults experience night cramps, resulting in sleep disturbance and contributing to poor health — and they are increasingly frequent with age.

It’s often secondary to another problem, such as flat feet or a sedentary lifestyle.

Neurological conditions including Parkinson’s, some muscle diseases, diabetes, alcoholism, and an underactive thyroid can also trigger muscle cramps. But in many cases, it’s a side-effect of medications, such as those given for asthma. 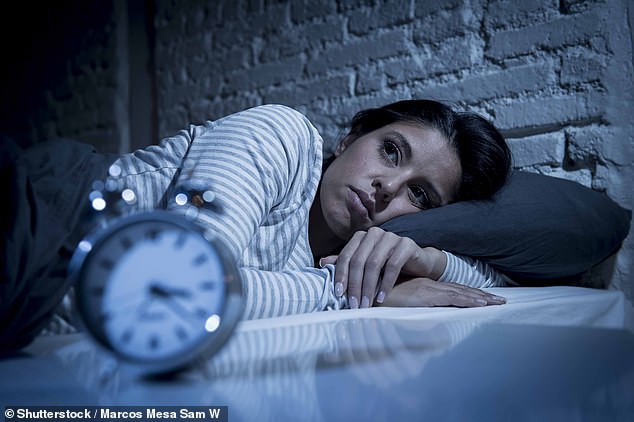 Some 40 per cent of adults experience night cramps, resulting in sleep disturbance and contributing to poor health — and they are increasingly frequent with age [File photo]

The way to treat acute cramps in the calf and foot, as you describe, is to stretch the calf muscle by standing up and going on your tiptoes. This provides immediate relief, but it involves getting out of bed, so prevention would be preferred.

I would recommend seeing a physiotherapist who can develop a programme of daily stretching exercises. In terms of medication, the evidence is limited but do avoid quinine.

Although it can be prescribed to treat cramps and has been proven to be effective, it causes unacceptable side-effects such as abnormal heart rhythms and damage to platelets (vital cells involved in blood clotting).

I advise my patients to take a vitamin B complex containing 30mg of vitamin B6 three times daily, along with 800IU of vitamin E at night, which has been shown to work for some. Try it for three months alongside daily stretching exercises.

If these strategies do not work, discuss the following prescription drugs with your GP: calcium channel blockers which can help the cells involved; gabapentin, which has a calming effect on the nerves; and muscle relaxants.

Two years after recovering from oesophageal cancer, I started having balance problems. Scans have shown that my cerebellum has shrunk. My doctors don’t know why, and say they cannot treat it, leaving me housebound at the age of 66.

I am sorry to hear this has happened to you following major, and successful, cancer treatment — but there are therapies that may help.

The cerebellum is a part of the brain involved in muscle coordination, intellectual functions and mood.

Located where the spinal cord enters the skull, it accounts for about 10 per cent of the brain. We know from scans that the cerebellum is also responsible for balance.

The inability to coordinate balance and posture, as you describe, is called cerebellar ataxia (‘ataxia’ means a lack of coordination). There are no set guidelines for treatment; ideas about how to treat this are changing and the condition has many possible causes.

My first thought was that the chemotherapy you received as part of your cancer treatment may be involved, as certain drugs are known to cause damage to the cerebellum.

Another possible cause is an autoimmune disease, such as autoimmune cerebellar ataxia, which can be secondary to cancer.

There is also a rare disorder, paraneoplastic cerebellar degeneration — a disease of the nerve cells of the cerebellum — where the body’s immune response to a tumour damages cells in the nervous system.

Research shows that rehabilitation can help. Specialist physiotherapists can suggest balance and coordination exercises that may bring a degree of improvement.

There have also been promising results from a technique called transcranial magnetic stimulation — a form of brain stimulation that uses magnetic fields.

It is worth discussing these possibilities with your neurologist, to see if they might help boost your balance and quality of life.

Replies should be taken in a general context and always consult your own GP with any health worries.

Ten months into this pandemic, we all feel the tension between the need to wear masks and avoid unnecessary activities and contact, and the pure human, psychological need for a break from all these rules.

Yet relaxing the guidance to allow many families to spend Christmas Day together is not just a small increase in risk, it’s the prescription for a surge of infections and deaths.

It will be a perfect storm, with younger people — who tend to be asymptomatic when they have Covid — coming together in family groups with the most vulnerable. There will be hugs and, inevitably, skin-to-skin contact.

When HIV — the virus that causes AIDS — first appeared, one of the great fears was that infection could be transmitted by blood transfusions, although it was known to be a sexually transmitted disease. 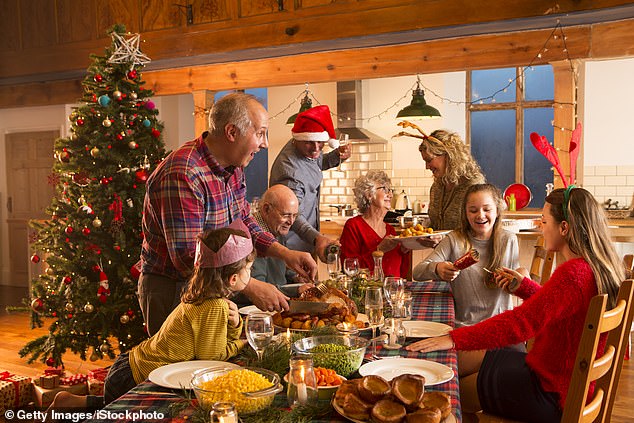 Relaxing the guidance to allow many families to spend Christmas Day together is not just a small increase in risk, it’s the prescription for a surge of infections and deaths [File photo]

This meant that if a patient needed major surgery, relatives would volunteer to be blood donors. However, research later showed that this made infection with HIV more likely, as relatives were less likely to admit what they had been up to. Even within families, privacy is paramount.

Similarly, when it comes to families gathering for Christmas, we naturally assume those close to us are less likely to transmit Covid. This, along with our tendency to engage in physical contact with our loved ones, is why a flare-up in infections will follow Christmas.

The only chance of limiting this is to make family events smaller and shorter, which is why I believe that the new rule that households outside Tier Four can only meet up on Christmas Day itself is appropriate.

Having several meetings over several days, as was originally allowed, would have been madness, though I still think the number of households who can meet should be limited to two, not three.

Although I live in Tier Two, I will not be attending any family gathering — missing my mother, siblings and adult children — and will instead spend the time with my own household. Less is more for Christmas 2020.