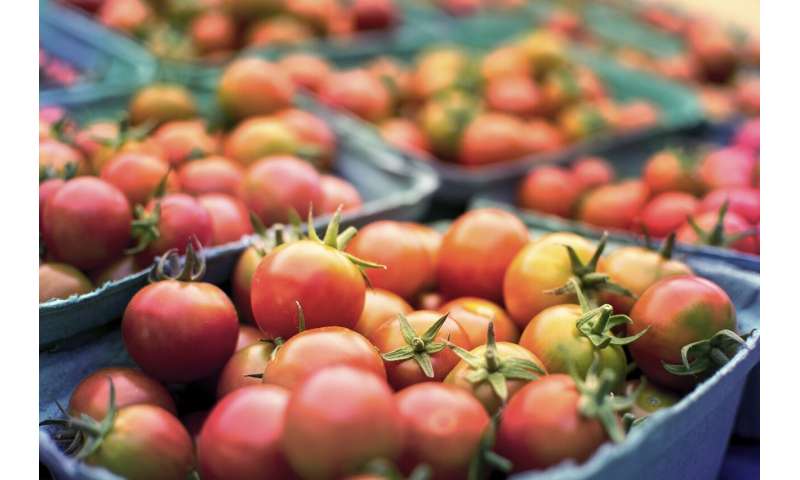 A survey of small farmers in Texas identifies a significant gap in food safety protocols and resources, increasing the risk of produce contamination and foodborne illness. Very few small growers—most of whom are not required to follow federal food safety guidelines—have previous food safety training, according to the study led by the University of Houston Conrad N. Hilton College of Hotel and Restaurant Management.

High-risk practices that can increase the risk of produce contamination include using raw manure or a combination of manure and soil amendments, allowing livestock to freely roam the farm, not providing handwashing or toilet facilities near the farm or packing area, and using dirty tools and equipment. About 46% of all foodborne disease outbreaks in the United States are caused by produce.

Seventy small farmers were surveyed at a fruits and vegetable conference in Rosenberg, Texas, to assess their knowledge of food safety protocols. The results are published in the Journal of Food Protection.

Even though more than 51% of survey participants said their workers use bare hands for harvesting, 39% of growers do not provide handwashing facilities, and 46% of growers do not provide toilet facilities. Providing handwashing and portable toilet facilities should be the growers’ priority, according to lead study author Zahra Mohammad, as they play a key role in preventing cross-contamination and reducing the risk of foodborne illnesses.

The researchers’ ultimate goal is to develop targeted and specific food safety training materials to help small growers minimize contamination and provide safe and healthy produce to consumers. Small growers typically sell most of their produce at farmers markets and earn less than $25,000 in annual sales.

“There are definite gaps in their food safety knowledge, so it’s critical that we reach these small growers with robust education to make them aware of the risks associated with these practices, as well as safer alternatives,” said Mohammad, a post-doctoral fellow at UH.

More than 34% of growers use manure and 51% have domestic animals on the farm. The use of animal manure presents a risk of produce contamination with pathogens such as E. coli and Salmonella, while farm animals introduces a risk of fecal contamination of produce, the researchers wrote.

Other key findings include:

Large and medium-sized farms are required to follow the Food Safety Modernization Act (FSMA) which sets standards for every stage of produce production, including standards for growing, harvesting, packing and holding produce for human consumption. Most small farmers, including those surveyed for the study, are not required to comply with all FSMA rules.

“These growers are often overlooked with resources, so we need to reach them. Instead of dealing with a foodborne illness after the fact, we’re trying to prevent it,” said Sujata Sirsat, an assistant professor at the Hilton College, who acknowledges that few produce safety outbreaks are associated with farmers markets, noting that it’s unclear if less contamination happens at the markets or they are just harder to trace.