Diabetes is a common condition that affects more than four million people in the UK, and 90 percent of all cases are caused by type 2 diabetes. You could lower your risk of high blood sugar by avoiding fruit-flavoured yoghurt.

Type 2 diabetes could be caused by the body not producing enough of the hormone insulin, or the body not reacting to insulin.

Without enough of the hormone, the body struggles to convert sugar in the blood into usable energy.

It’s crucial that if you think you may have diabetes, you speak to a doctor as soon as possible.

One of the best ways to lower your chances of high blood sugar is to cut back on flavoured yoghurts, it’s been claimed. 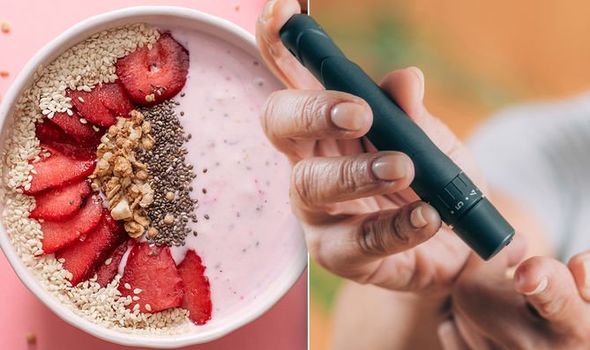 They’re packed full of added carbohydrates and sugars, which have a direct impact on blood sugar levels.

It’s a better idea to swap your flavoured yoghurt for a simple, plain yoghurt, she added.

It contains no added sugar, and also has benefits for your gut health.

“Eating the wrong foods can raise your blood sugar and insulin levels and promote inflammation, which may increase your risk of disease,” Spritzler wrote for medical website Healthline.

“Plain yogurt can be a good option for people with diabetes. However, fruit-flavoured varieties are a very different story.

“Flavoured yogurts are typically made from non-fat or low-fat milk and loaded with carbs and sugar.

“In fact, a one-cup (245-gram) serving of fruit-flavoured yogurt may contain 47 grams of sugar, meaning nearly 81 percent of its calories come from sugar.” 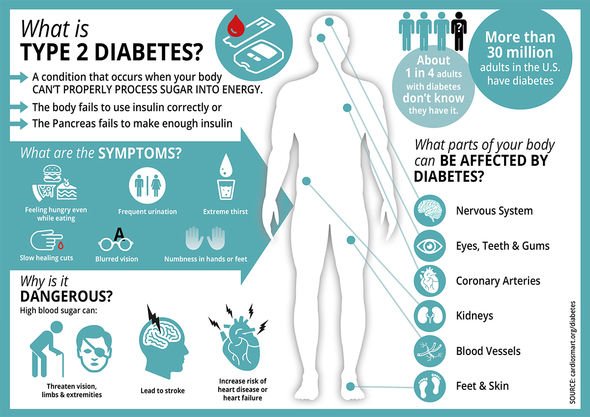 You could also lower your risk of high blood sugar by adding more cinnamon to your diet, it’s been claimed.

While more research is needed, nutritionists have claimed that cinnamon is an ideal diet swap for diabetes patients.

But, if you do decide to eat more cinnamon, you shouldn’t binge on the spice, it warned, as it could lead to liver damage.

Many people may have diabetes without even knowing it, because the signs and symptoms don’t necessarily make you feel unwell.

Common diabetes symptoms include having cuts or wounds that take longer to heal, having an unquenchable thirst, and passing more urine than normal.

You should speak to a doctor if you’re worried about the warning signs or symptoms of diabetes, or if you think you may be at risk.

Diagnosing the condition early is very important, because patients are more at risk of some deadly complications, including heart disease and strokes.