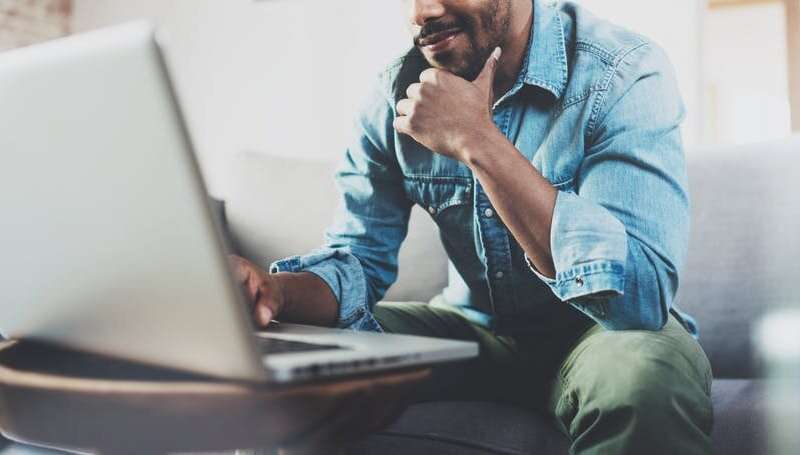 Internet memes are a bit like an inside joke you share with the entire internet. People can share experiences, opinions, and feelings easily by using an image that has a funny or relatable caption. While memes are usually light-hearted, many social media sites and forums are increasingly playing host to communities that share so-called depressive memes—memes about death, suicide, isolation, or hopelessness.

With depressive memes becoming more common, our team wanted to know how depression influences the way people view these memes. We initially surveyed a total of 200 people between the ages of 18 and 56.

After completing a questionnaire, we then grouped the participants based on the severity of their reported depressive symptoms, focusing on those who had either high or low depression. A total of 43 people had significant depressive symptoms.

These participants then took an online survey, where they were shown a series of depressive and neutral internet memes. We then asked them to rate each meme on a five-point scale for humor, relatability, shareability, and mood-improving potential. Finally, participants completed another questionnaire to examine how they were able to control their emotions. 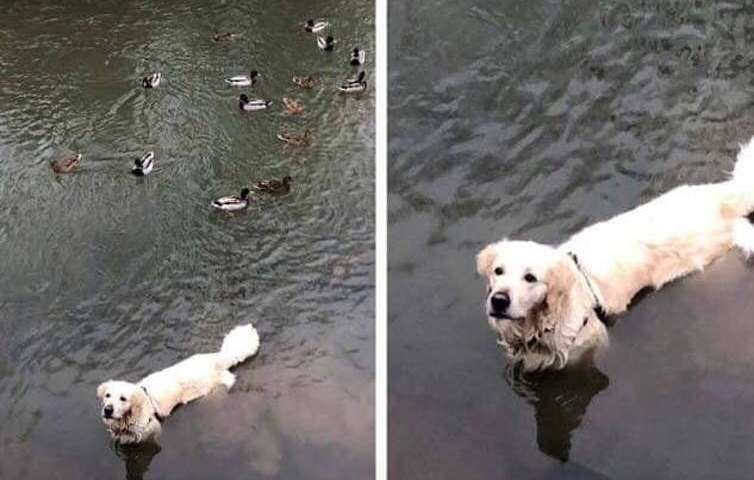 As humor can be used as a way of regulating our emotions, we wanted to know whether depressed people, who had difficulty regulating their emotions, related to the depressive memes. Obviously not all people with depression enjoy or engage with these memes, but it allowed us to determine a sub-population of people who might.

The different way both groups perceived the memes was influenced by the way they controlled their emotions—which supports the idea that people with depression have a different, darker sense of humor than those who aren’t. Emotional control is a person’s ability to respond to experiences with a range of emotions that are considered socially tolerable depending on the situation. People that are able to control their emotions have an easier time reducing negative thoughts and feelings when viewing things related to coping with depression.

It might be that depressive memes help depressed people change the meaning of negative thoughts and feelings, allowing them to make light of bad experiences. More importantly, as depressive memes are seen by depressed people as funny and enjoyable, our findings suggest they may increase positive emotions in some people with depression—even if the content isn’t what most people would think of as positive. 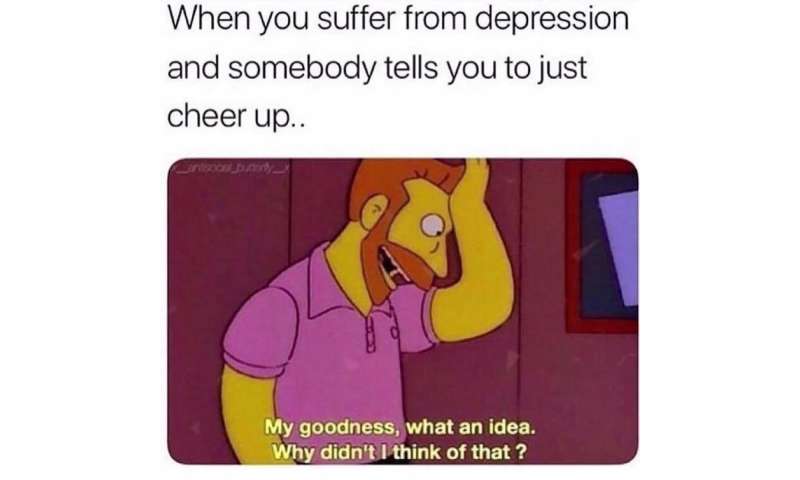 For depressed people, dark humor and depressive memes might be a form of cognitive reappraisal. Cognitive reappraisal is the way a person changes their interpretation of a certain event or situation that has happened to them. While most people can change the way they perceive a negative thought or event by focusing instead on the positive things that have happened during their day, depressed people instead compare their negative thoughts and feelings to something which could have been worse.

So, memes might help a person with depression see their situation differently, and change the way they view negative thoughts and experience. However, not all depressed people use dark humor to help with cognitive reappraisal—some might simply have a different sense of humor compared to others. Depressed people also might favor dark humor as it’s more relatable to their state of mind.

Although further research will be needed to understand whether depressive memes could be used to improve the mood of those experiencing depression, we consider this form of online interaction as a positive way for depressed people to maintain social relationships and have access to social support systems.

Depression can often make socializing difficult, as key symptoms can include feeling worthless, having little interest in things that were once enjoyable, having trouble explaining their feelings, or fearing they will be seen as a burden by other people. With memes, depressed people can share their experience in a simple way—possibly even allowing depressed people to form socially supportive and emotional bonds with others. It might also help them feel less alone in their experience with depression.