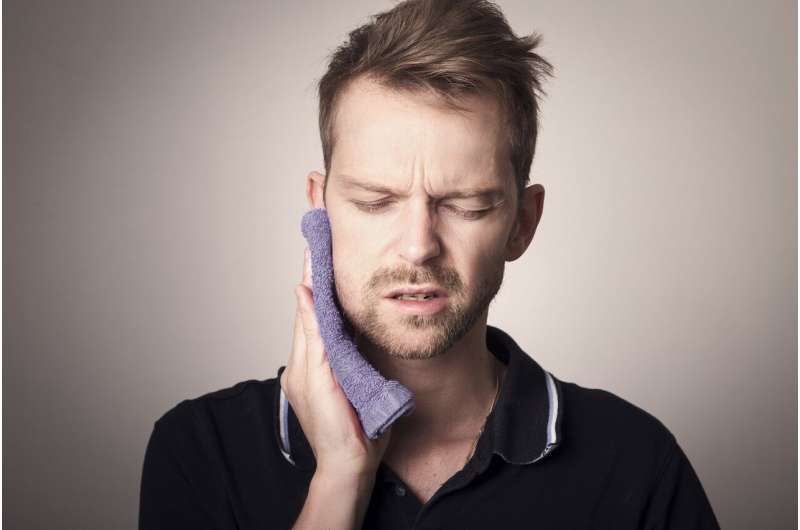 This is what Roslyn Kellum and her colleagues see when they crisscross the United States in a trailer van to provide much needed oral care to tens of thousands of patients who cannot afford to go to the dentist.

“They choose between getting their teeth treated or paying the bills, or gas in the tank, or food on the table, or paying rent,” Kellum, dental director at Mission of Mercy, a Christian charity providing free medical and dental care to low-income Americans in several US states, told AFP.

“So they choose to put gas in the tank or food on the table and neglect their teeth.”

Health care advocates had been hoping that President Joe Biden’s huge social spending plan would finally reverse a decades-old situation where dental benefits were excluded from the national health insurance plan for millions of American seniors.

But faced with resistance from both Republicans and members of his own Democratic Party, Biden had to significantly pare back his plan and oral care has been left out of the latest $1.75 trillion blueprint.

Historically, dental care has been separate from general health care in the United States, and when Medicare, the national health insurance program for the elderly and the disabled, was established in 1965, dental benefits were left out.

“Keeping teeth in your mouth as you grow old should not be a luxury in this country,” Democratic Senator Bernie Sanders fumed recently.

But for many Americans it is.

Maria Hernandez, 53, an in-home care provider in Washington, does not have dental insurance and cannot afford to pay out of pocket.

Earlier this week she went to get her teeth examined and treated at a free clinic run by Bread for the City, a charity that provides food and medical care to underserved communities in the US capital.

But Hernandez told of her friend, also uninsured but unaware of the clinic, who was in so much pain from an aching tooth that she tried to extract it at home herself.

“I think it’s really bad. A lot of people southside, they cannot pay, because, you know, dental care is really, really expensive,” Hernandez, a heavy-set woman with grey hair, told AFP, referring to an underprivileged area of Washington.

Twenty-four million American seniors, or nearly half of those enrolled in Medicare, don’t have any dental coverage, according to a recent study by the Kaiser Family Foundation, a non-profit focused on health policy.

Private insurance plans can be costly. And paying for dental services out of pocket is infamously expensive in the United States, where a routine check-up can cost several hundred dollars, while more serious work such as fillings or root canal treatment can run in the thousands.

Nearly half of all Medicare recipients did not visit a dentist over the past year, the Kaiser study found.

The rate is even higher for minorities—68 percent for African Americans and 61 percent for Hispanics—another sign of racial inequalities plaguing the US health care system that were highlighted by the COVID pandemic.

“Without a doubt, the number one reason why people don’t get dental care is cost,” said Mary Nordridge, Director of Dental Research at NYU Langone Health.

Besides physical pain, discomfort, and the increased risk of broader health problems stemming from oral disease, having rotting or missing teeth takes a heavy psychological toll on people, with children afraid to speak up in class and adults unable to find jobs, especially in the service industry.

“When people get dentures, the pride they feel when they can smile, it’s just—it’s heartbreaking,” said Randi Abramson, chief medical officer at Bread for the City.

“People are amazed that they feel more confident, they can smile again. And it makes a huge difference in someone’s life.”

Biden’s proposal to include dental treatment in Medicare was opposed by the powerful American Dental Association, which said benefits should be targeted specifically at the poorest Medicare recipients.

But advocates like Kellum, the dental director at Mission of Mercy, insists that oral care should be guaranteed to all Americans and hopes that some dental benefits will make their way back into the final version of Biden’s plan.