Dementia is the name given to a group of symptoms linked to an ongoing decline in brain function, according to the NHS. There are a number of different types of dementia, and the most common in the UK is Alzheimer’s disease. Diagnosing the condition early could help to slow down the condition’s progress. You could lower your chances of developing dementia by regularly keeping hydrated.

A healthy, balanced diet may reduce your risk of dementia

Drinking plenty of fluids could play a role in reducing your chances of developing dementia, according to the Alzheimer’s Society.

Keeping hydrated – be it by drinking water, skimmed milk or sugar-free drinks – could also help to prevent some other medical conditions.

Everyone should aim to drink between six and eight glasses of water every day, said the charity.

“Although getting older is the biggest risk factor for dementia, evidence shows there are things you can do to help reduce your own risk.

“These include keeping active, eating healthily and exercising your mind.

“A healthy, balanced diet may reduce your risk of dementia, as well as other conditions including cancer, type 2 diabetes, obesity, stroke and heart disease. 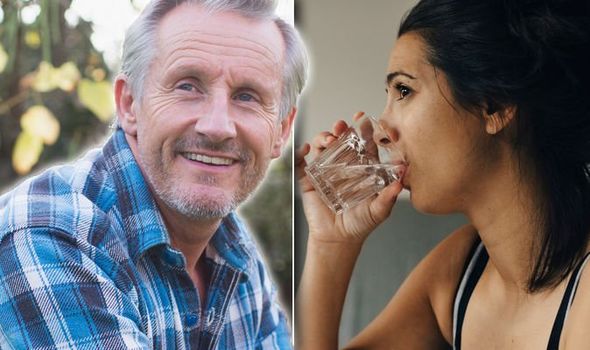 “Eat at least five portions of fruit and vegetables a day. Limit your sugar intake, and look out for hidden salt.

“Drink six to eight glasses of fluid [such as water, lower fat milk and sugar-free drinks] a day.”

It’s also important to make sure you eat protein at least twice a week, including oily fish, beans, pulses, eggs or meat.

At the very most, aim to drink no more than 14 units of alcohol in a single week. Drinking more than that could cause alcohol-related brain damage. 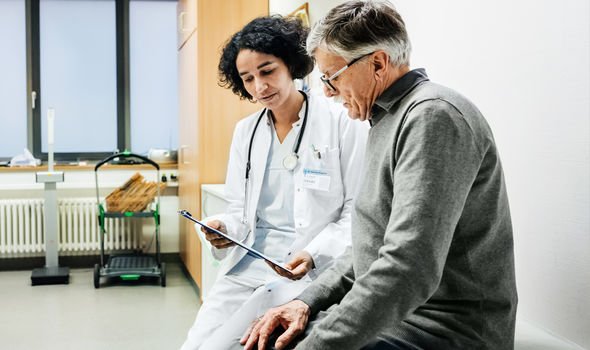 Dementia affects the ability to remember, think and reason. Here are the early signs to look out for in yourself and loved ones.

Common dementia symptoms include finding it difficult to complete everyday tasks, problems keeping track of things, and even changes in personality.

Doing regular exercise should help to lower your risk of dementia. Aim for around 150 minutes of moderate-intensity activity every week.

Speak to a doctor if you’re worried about the warning signs of dementia, or if you think you may be at risk.