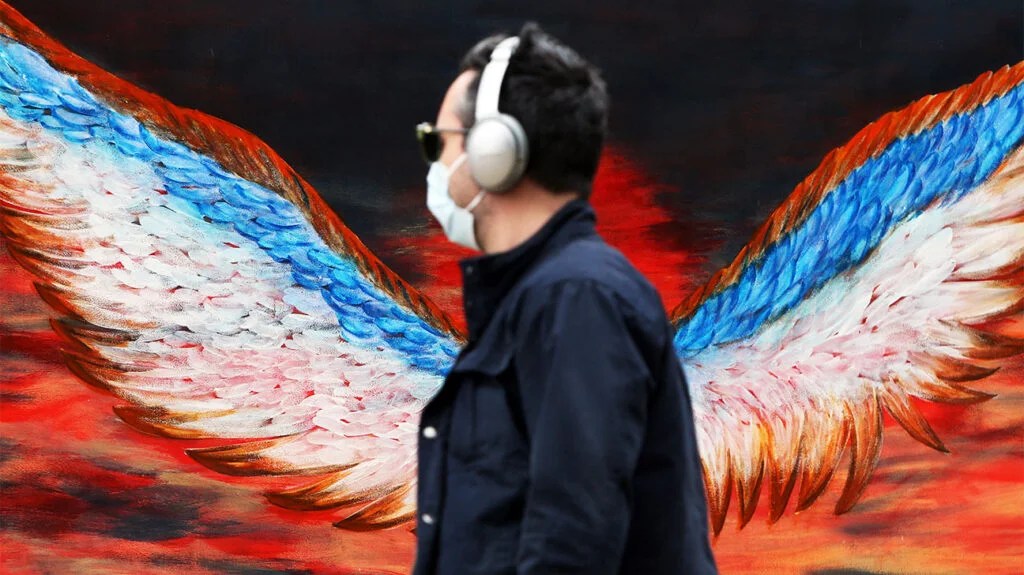 A new study found that people vaccinated against coronavirus who have also contracted the Delta variant of SARS-CoV-2 could have similar peak levels of the virus as people who have not had a vaccination.

The researchers also found that while the vaccination offers significant protection against the Delta variant, the vaccines are less effective than against previous variants.

The researchers drew on data from the COVID-19 Infection Survey, a study led by the Office for National Statistics, the Department for Health and Social Care, and the University of Oxford in the United Kingdom.

Stay informed with live updates on the current COVID-19 outbreak and visit our coronavirus hub for more advice on prevention and treatment.

Vaccines are a key tool in the world’s response to the COVID-19 pandemic. While measures such as washing hands, social distancing, and wearing masks are still important, the effectiveness of the vaccines has been a success story of the pandemic.

However, this effectiveness is reducing as variants of SARS-CoV-2 emerge.

According to Dr. Hans Henri P. Kluge, the World Health Organization’s (WHO) regional director for Europe, “[w]e are far from out of the woods in terms of the pandemic ending, and sadly, in many countries in our region, we are seeing a significant rise in cases associated with the spread of the highly transmissible Delta variant.”

“Despite tremendous efforts by Member States to vaccinate people across the region, millions more remain unvaccinated and therefore at risk of ending up in [the] hospital.”

“The good news is that the data clearly shows that receiving a full vaccination series significantly reduces the risk of severe disease and death. When called to do so, people should get vaccinated,” says Dr. Kluge.

While the vaccines still offer protection against the Delta variant, they are less effective than against previous variants, such as Alpha. Delta is more infectious than previous variants, and researchers, drawing on the latest population data, have found that this is the case for people who have and have not had the vaccination.

This was a finding of the REACT-1 study conducted by Imperial College London, which regularly samples tens of thousands of people. Preprint data from the final round of the study found the vaccines were 49% effective against the Delta variant — a significant drop from previous levels of effectiveness.

Now, in a new preprint, researchers have provided further evidence backing up this finding.

The new study found that virus levels in a fully vaccinated person who has contracted the Delta variant are similar to those of a person who has not had a vaccination.

This is a concern, as a person with a high viral load may be more likely to pass on the virus.

The new study draws on data from the COVID-19 Infection Survey. This survey tests around 179,000 people every 2 weeks across the U.K. for signs of SARS-CoV-2 using a reverse transcription polymerase chain reaction (PCR) test.

The survey involves testing around 150,000 people every 2 weeks to check antibodies to the virus, using a blood sample.

The researchers found that both unvaccinated and vaccinated people who had contracted the SARS-CoV-2 Delta variant had similar peak levels of the virus.

Previously, vaccinated people who contracted the Alpha variant had lower peak levels of the virus than people who had not had a vaccination.

The researchers also found that the Pfizer-BioNTech and Oxford-AstraZeneca vaccines provided a good level of protection against the virus. However, in line with the pre-print results from the REACT-1 study, they were less effective than against the Alpha variant.

The time between a person having the two doses of either the Pfizer-BioNTech or the Oxford-AstraZeneca vaccines did not make a difference to the level of protection the vaccines offered.

Prof. Sarah Walker of the Nuffield Department of Medicine at the University of Oxford, UK, and the Chief Investigator and Academic Lead for the National COVID-19 Infection Survey and co-author of the present study spoke to the Guardian newspaper. She said that scientists need to conduct more research to determine whether the higher viral load of the Delta variant found in those with and without vaccinations is a cause for concern.

“We don’t yet know how much transmission can happen from people who get COVID-19 after being vaccinated — for example, they may have high levels of virus for shorter periods of time,” says Prof. Walker.

“But the fact that they can have high levels of virus suggests that people who aren’t yet vaccinated may not be as protected from the Delta variant as we hoped.”