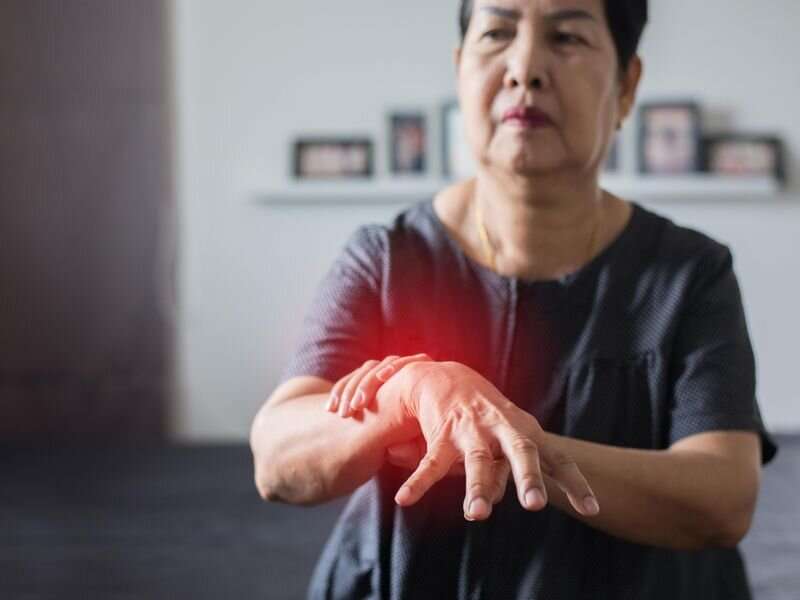 For patients newly diagnosed with Parkinson disease, deferiprone is associated with worse scores in measures of parkinsonism, according to a study published in the Dec. 1 issue of the New England Journal of Medicine.

David Devos, M.D., Ph.D., from the University of Lille in France, and colleagues conducted a phase 2 trial involving patients with newly diagnosed Parkinson disease who had never received levodopa. Participants were randomly assigned to receive oral deferiprone (15 mg/kg body weight twice daily) or matched placebo for 36 weeks in a 1:1 ratio (186 patients in each group). Unless deemed necessary for symptom control, dopaminergic therapy was withheld.

The researchers found that progression of symptoms led to initiation of dopaminergic therapy in 22.0 and 2.7 percent of participants in the deferiprone and placebo groups, respectively. The mean Movement Disorder Society-sponsored revision of the Unified Parkinson’s Disease Rating Scale score at baseline was 34.3 in the deferiprone group and 33.2 in the placebo group and increased by 15.6 and 6.3 points, respectively.

There was a greater decrease observed in nigrostriatal iron content in the deferiprone versus placebo group. The main serious adverse events with deferiprone were agranulocytosis and neutropenia in two and three participants, respectively.

ApoPharma and Chiesi provided deferiprone and placebo for the study.