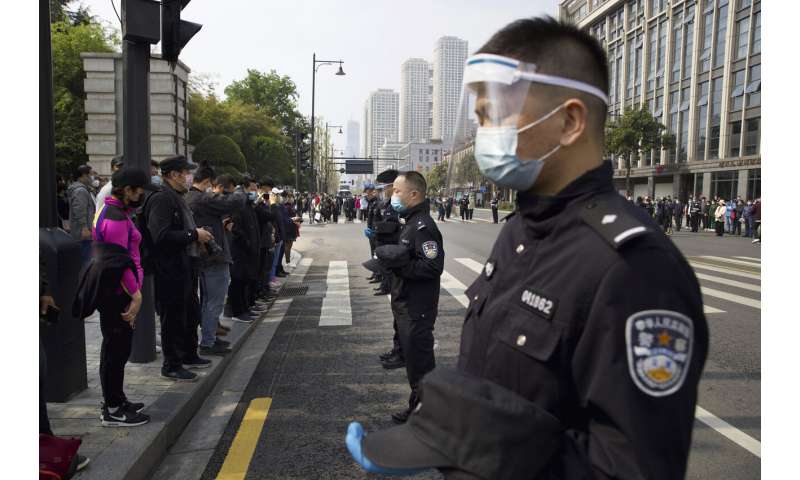 Air raid sirens sounded across China and flags flew at half staff in a tribute Saturday to victims of the coronavirus pandemic including the health care “martyrs” who have died while fighting to save others. Elsewhere, 15 medics in Egypt’s main cancer hospital tested positive for the virus, underlining the risks faced by those on the front lines of the outbreak.

As the number of people infected has grown to more than 1.1 million worldwide, health care systems are straining under the surge of patients and a paucity of medical equipment like ventilators as well as protective masks and gloves, giving rise to growing concerns about the exposure of hospital personnel.

Italy and Spain, the two worst-hit countries in Europe with combined deaths of more than 25,000 and nearly a quarter-million infections, have reported a high percentage of infections among their health care workers.

U.S. President Donald Trump announced late Friday he would prevent the export of N95 protective masks and surgical gloves in a move he said was necessary to ensure they are available in the U.S.—but the prime minister of neighboring Canada suggested it was counterproductive, noting cross-border aid goes well beyond supplies.

“I think of the thousands of nurses who cross the bridge in Windsor to work in the Detroit medical system every day,” Prime Minister Justin Trudeau said. “These are things Americans rely on.” 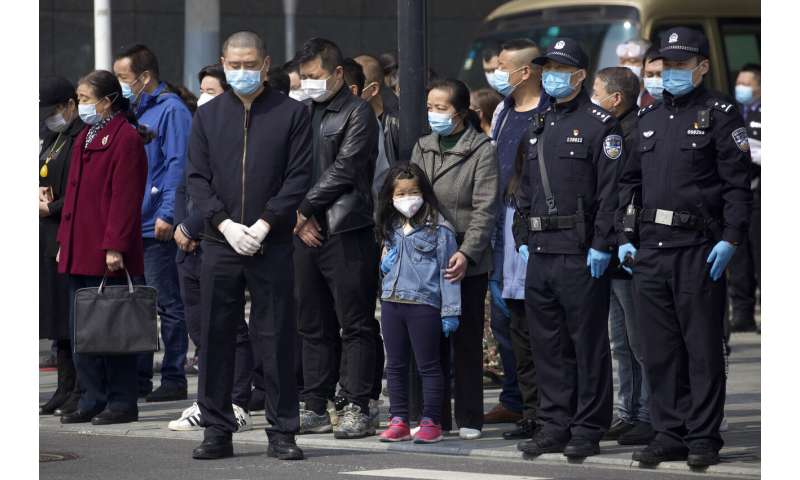 The number of people infected in the U.S. has now exceeded a quarter-million, with the death toll climbing past 7,000. New York state alone accounts for more than 2,900 dead, an increase of over 560 in just one day. Most of the dead are in New York City, where hospitals are swamped with patients.

In China, where the novel coronavirus was first detected in December, the country has cautiously lifted restrictions amid dropping numbers of infections. On Saturday it reported just one new confirmed case in the epicenter of Wuhan and 18 others among people arriving from abroad. There were four new deaths for an official total of 3,326.

In the nationwide tribute to the victims, the government singled out the more than 3,000 health care workers who contracted COVID-19 and the 14 reported to have died from the disease. Among them was doctor Li Wenliang, who was threatened with punishment by police after publicizing news of the outbreak but has since been listed among the national “martyrs.” 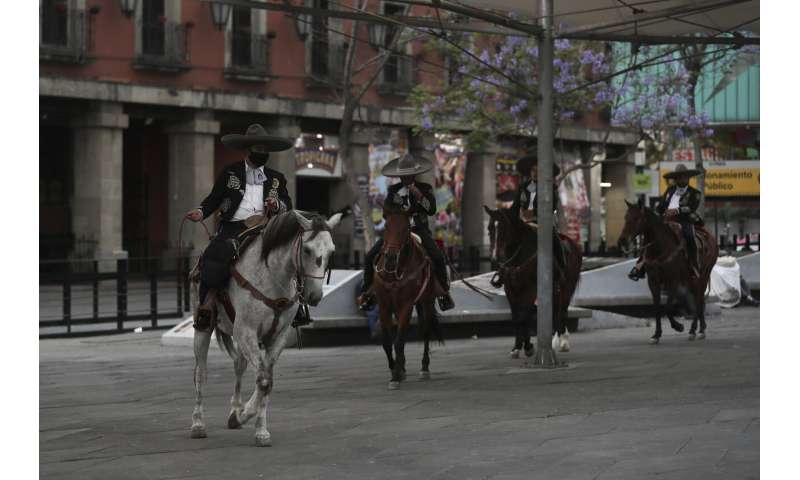 As the outbreak spreads in Egypt, the Arab world’s most populous country, the news that three doctors and 12 nurses tested positive for the virus at the National Cancer Institute raised fears of what the virus might do to the country’s health care system, with an eye on what has happened elsewhere.

The institute was partly closed for three days to be sterilized, with only the emergency ward remaining open.

Egypt has reported around 1,000 confirmed cases and 66 fatalities from the global pandemic. Authorities have closed schools and mosques, banned public gatherings and imposed a nighttime curfew to prevent the virus from spreading among the population of 100 million, a fifth of whom live in the densely populated capital, Cairo.

In Italy, more than 11,000 medical personnel have been infected—just under 10% of the official total—and some 73 doctors have died, according to the National Institutes of Health and the association of doctors, which has kept a running tally of the dead. 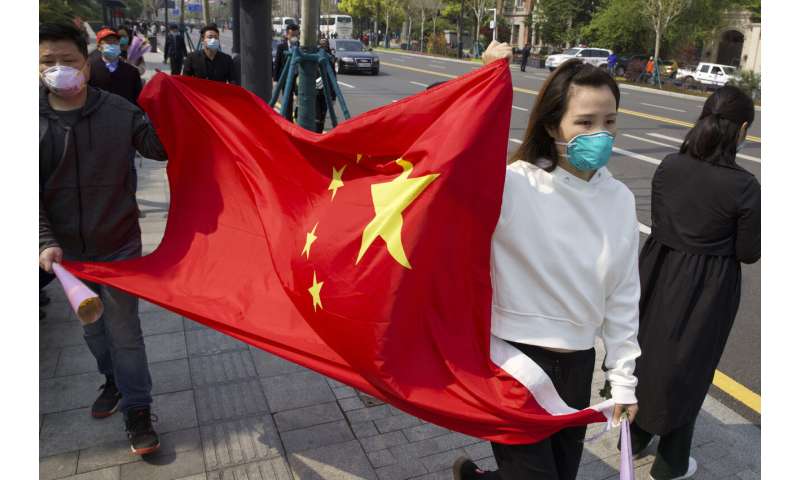 Significantly, not all the doctors were working in hospitals. Many were general practitioners. Other non-hospital practitioners were dentists, who were believed to have been exposed given the transmission of the virus via respiratory droplets.

Carlo Palermo, head of Italy’s hospital doctors’ union, said a key reason for the high contagion rate among general practitioners was that the common flu was raging at the same time in the early part of the year.

“The epidemic was superimposed on top of the normal course of influenza, which didn’t allow us to discriminate between the two,” he said Saturday.

“A patient with a fever or cough or unspecific symptoms would go to his doctor, who would see him at home or in his office, and that’s where the contagion happened. That’s why there are so many family doctors who are infected.” 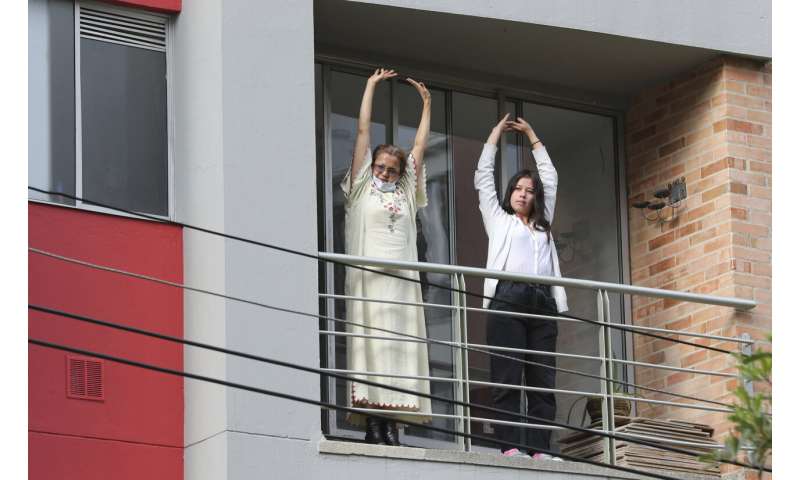 Spain’s health workers have been contracting the COVID-19 virus at a faster rate than any other country, with around 15% of its almost 125,000 total cases being doctors, nurses and other medical staff. Its health workers have been exposed to contagion due to a shortage of medical supplies, with nurses and doctors being forced in some cases to patch together makeshift protection suits using plastics such as garbage bags.

After seeing commercial shipping lines break down, the government has started to fly in medical products from suppliers in China on military cargo planes. Private Spanish companies have also helped by chartering planes to ship in supplies. Meanwhile, local industry is shifting to produce masks, suits, and breathing machines for its crammed intensive care units.

Worldwide, confirmed infections rose past 1.1 million and deaths approached 60,000, according to a tally by Johns Hopkins University. Experts say both numbers are seriously undercounted because of the lack of testing, mild cases that were missed and governments that are underplaying the crisis. 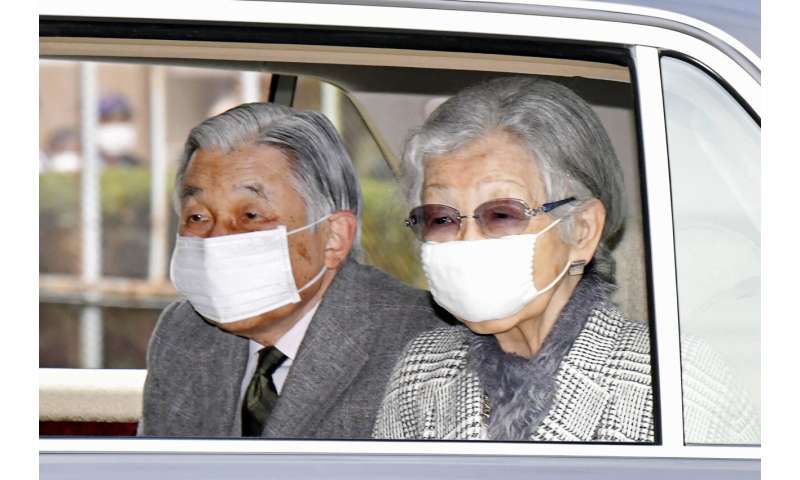 At the same time, more than 220,000 people have recovered from the virus, which causes mild to moderate symptoms in most patients, who recover within a few weeks. But it is highly contagious and can cause severe illness or death, particularly in older patients or those with underlying health problems, including cancer patients.

The shortage of supplies has led to fierce competition among buyers from Europe, the U.S. and elsewhere and aggressive measures such as New York state Gov. Andrew Cuomo’s plan to take ventilators that aren’t being used. Cuomo says New York, the nation’s worst hot spot, could run out of ventilators next week.

“If they want to sue me for borrowing their excess ventilators to save lives, let them sue me,” Cuomo said. He promised to eventually return the equipment or compensate the owners. 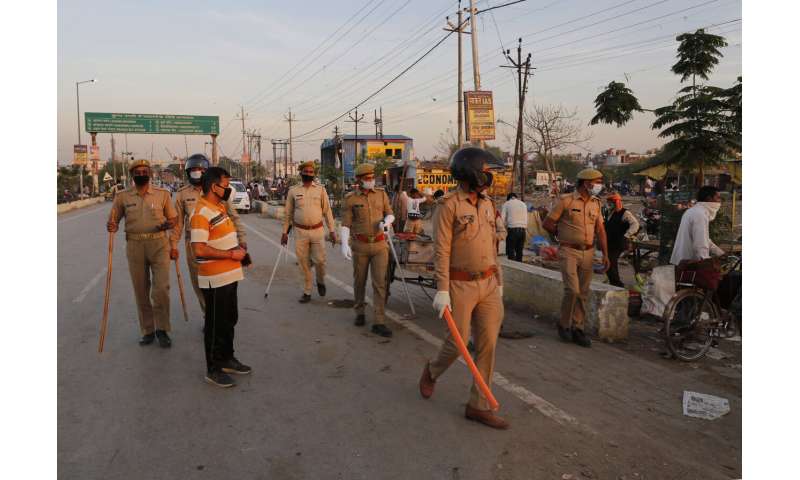 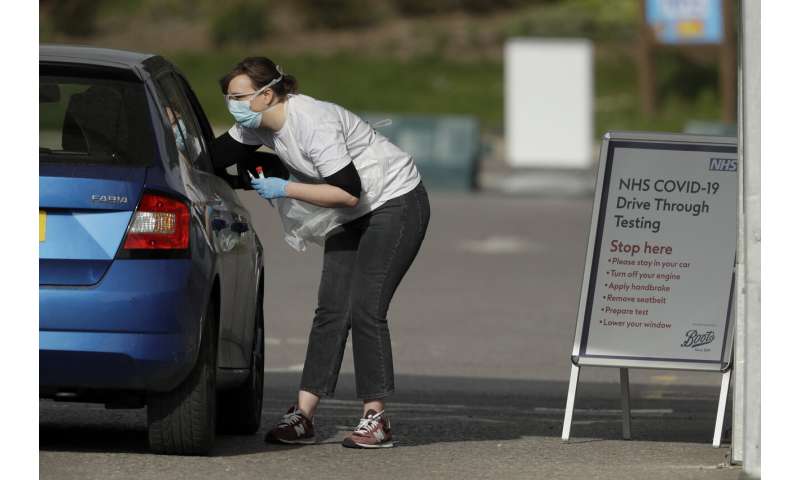 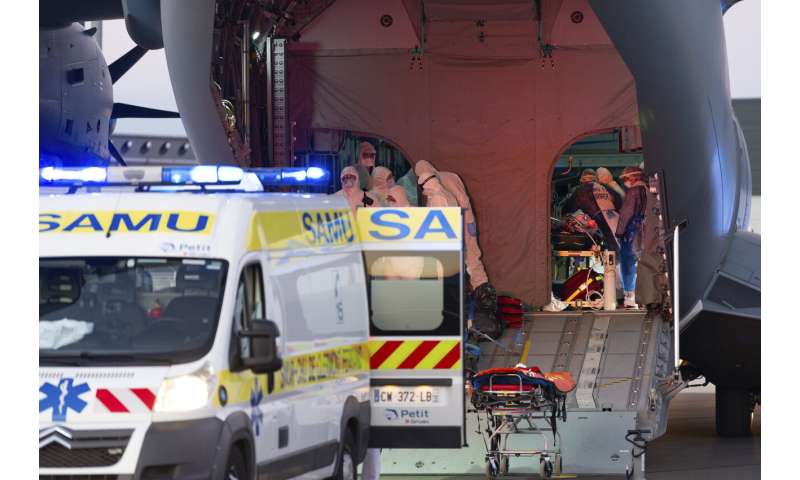 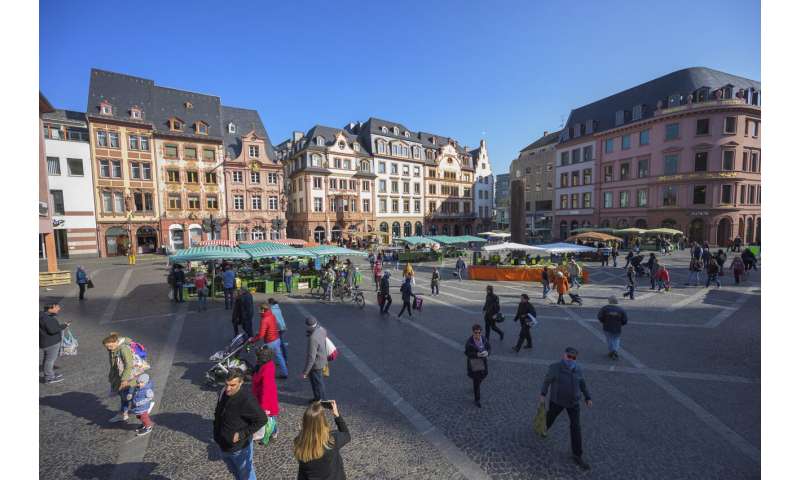 The search for supplies and bidding wars among buyers have created what Valerie Pecresse, president of France’s battered Île-de-France region, called a “worldwide treasure hunt.”

Along with blocking mask exports, Trump announced new guidelines that call for everyone to wear makeshift face coverings such as T-shirts and bandannas when leaving the house, especially in areas hit hard by the pandemic, like New York. But the president said he had no intention of following the advice from the Centers for Disease Control and Prevention.