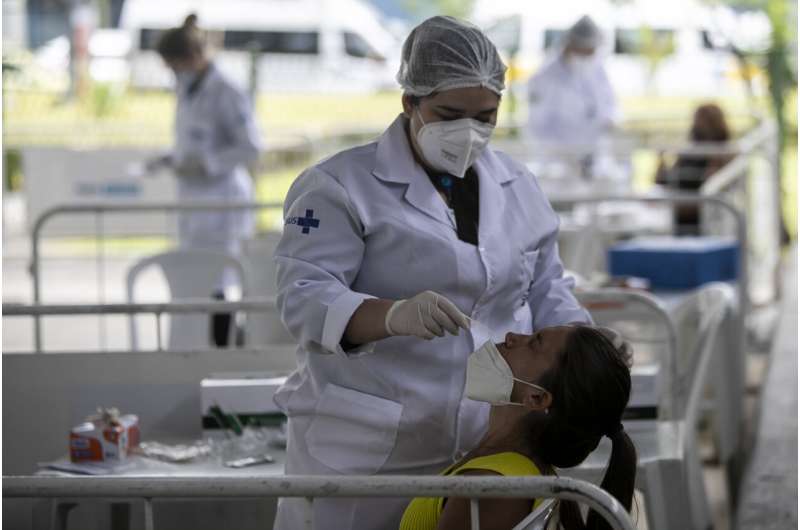 As the omicron variant sends COVID-19 cases soaring across much of the globe, one of the countries most devastated by the disease since the pandemic’s onset is struggling to keep track of new cases, deaths and hospitalizations.

Officials at Brazil’s Health Ministry are still trying to recover from hacker attacks on its system between Dec. 10 and Dec. 13, and researchers say the data remains incomplete and often hard to access. States and municipalities are reporting problems uploading information to the ministry’s platforms, and web pages visible to the public have often been knocked offline.

The information shortage couldn’t come at a worse time: Cases of COVID-19 appear to be surging along with a particularly strong outbreak of influenza featuring similar symptoms. The resulting confusion has prompted lines at pharmacies in search of tests and reports of long waits at health clinics.

Marcelo Gomes, a public health researcher at Fiocruz, a major state-run research institution, relies on the Health Ministry’s database to coordinate the Infogripe bulletins that track severe respiratory illness in the country.

“We are blind,” Gomes told The Associated Press. “You need a scenario of an entire municipality, an entire state, to be able to identify the situation adequately.” 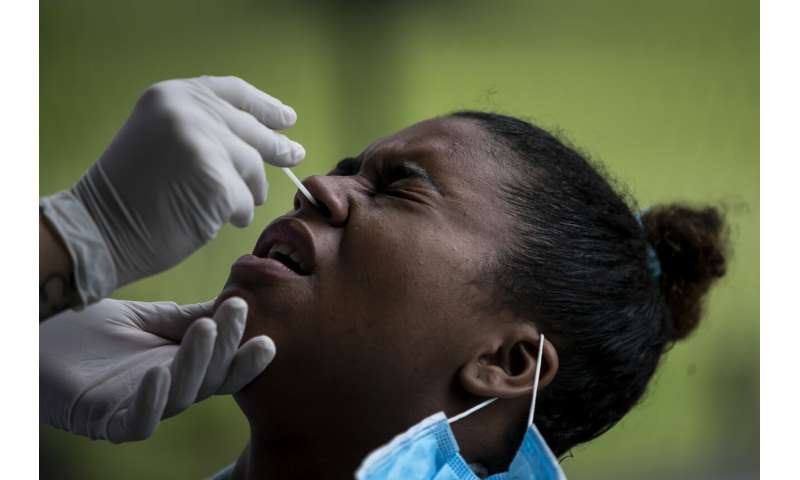 While the Health Ministry reported 53,292 cases of COVID-19 in the week of December 27 to January 2, a national pharmacy association said its 8,500 branches alone registered 94,540 positive tests in its network over the same period—a 33% jump from the previous week.

It said cases were expanding especially quickly in the big states of Sao Paulo and Rio de Janeiro, where pharmacy-confirmed cases of COVID-19 grew by almost 50% in the same period.

A large private diagnostics company, Diagnosticos America, told the AP that it was seeing a sharp increase in the percentage of positive versus negative tests—often a sign that the virus is becoming more widespread. It said the positivity rate went to 40% on January 5 from about 19% on Dec. 29.

Despite the increase in cases, no state so far has reported its hospital system to be overburdened. Some have seen hospitalizations rates rise significantly, like Minas Gerais, Piaui and Amazonas. Meantime, Rio de Janeiro’s rate has barely budged from its lowest level since the pandemic began. 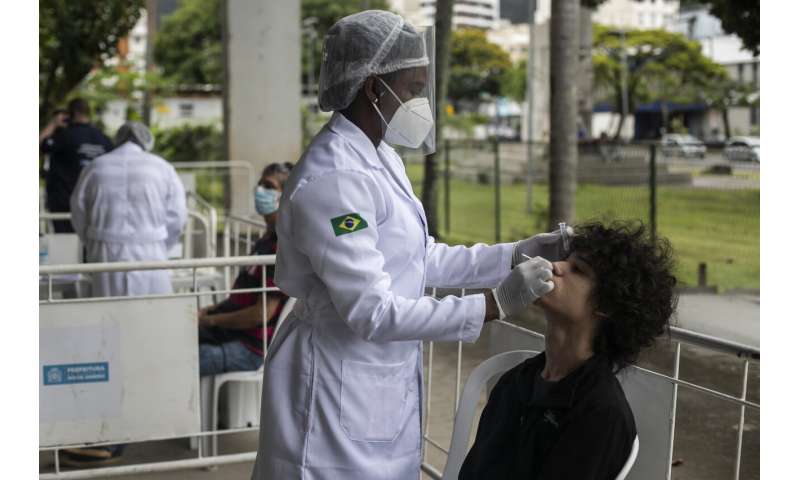 The press offices of nine states’ health secretariats—including huge Sao Paulo—told the AP that they continue to have difficulties transmitting data to the federal government.

“Accesses to the systems have been normalized, but it’s still possible to observe that the data suffer impacts from the hacker attack,” the national council of health secretariats told the AP in an emailed statement.

Federal Police are investigating the hack of the Health Ministry’s system and the ministry told the AP that it has already restored its systems.

Digital law expert Luiza Leite said the data breach suffered by the Health Ministry required the government to back up all its information, reintroduce it into the system and then carry out a series of vulnerability tests against further hacking—even as new data was pouring in. 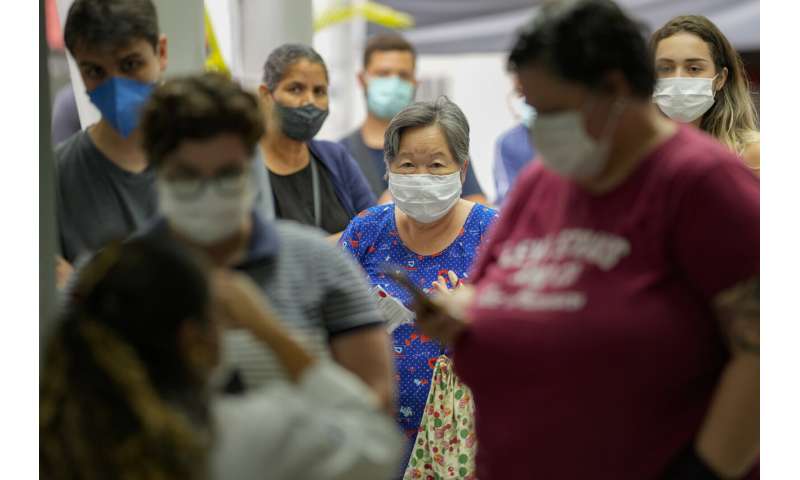 “The simple fact that an attack has occurred demonstrates a lack of a well-structured information security policy,” she said.

Health researchers had already been critical of the country’s data collection and reporting during the pandemic. “In addition to underreporting, absence of testing and creative accounting, we now have this lack of transparency,” said Miguel Lago, executive director of the Institute for Health Policy Studies, which advises Brazilian public health officials.

“Data are important for public policy planning, but in health they are fundamental, even moreso in the context of a pandemic,” he said.

Gomes, the researcher at Fiocruz, said that fuller information would have helped people make decisions on travel and gatherings over the Christmas and New Year’s holidays.

“The transmission of the virus depends on our individual and collective behavior,” Gomes said. He added that sequencing data he has reviewed found most recent cases to be of the omicron variant, but cautioned that laboratory samples aren’t necessarily representative of the general public. 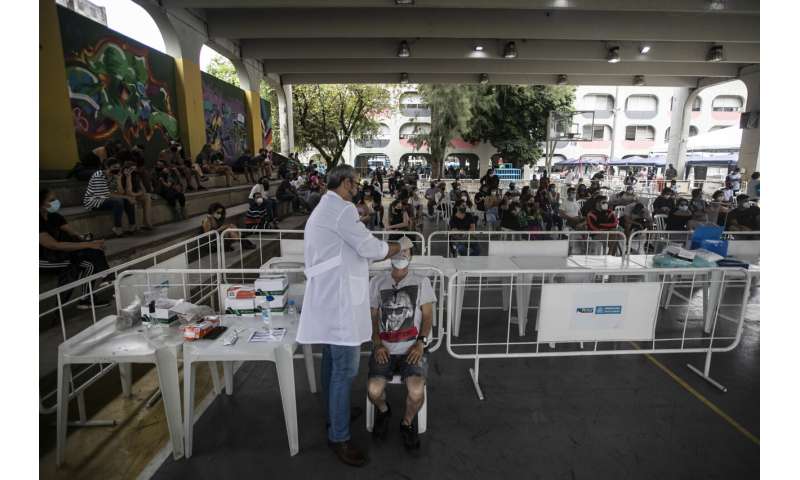 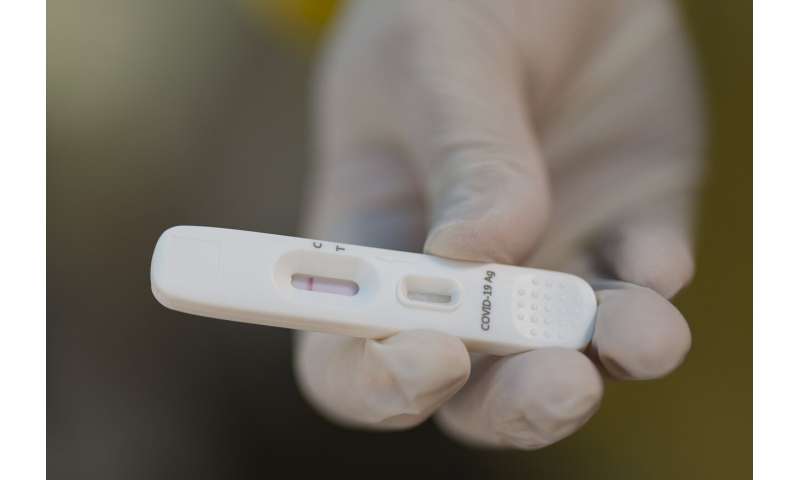 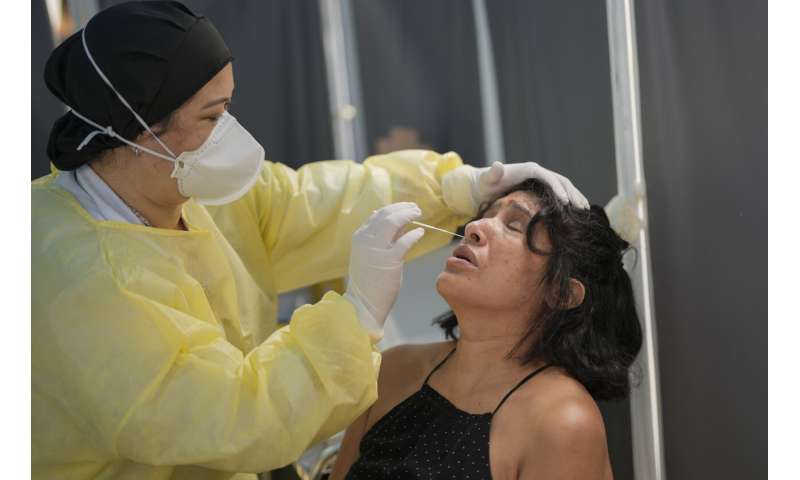 As of Thursday, the ministry had identified 265 cases of the omicron variant and another 520 were under observation. The first confirmed death from the variant occurred this week.

Even with an absence of reliable data to guide decisions, many state and city officials have moved to again restrict activities in the hopes of limiting transmission, including cancelling street parties for the upcoming Carnival celebrations.

Brazil also suffered a blackout of official COVID data in June 2020, when the government took information offline after President Jair Bolsonaro, who has persistently downplayed the seriousness of the disease, complained that the figures were “not representative.” The Supreme Court soon ordered the pages restored.