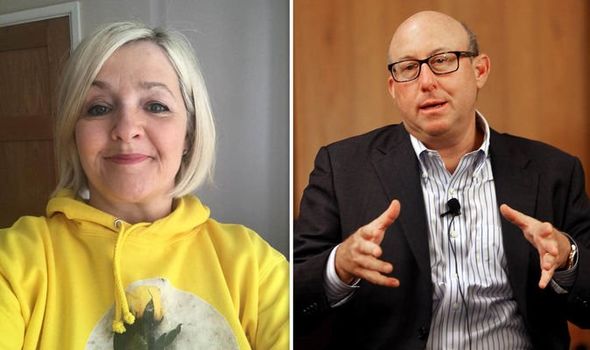 Families have pleaded with all sides to end a year-long stalemate after a £500million NHS offer last summer, for Vertex’s entire drug portfolio, was rebuffed. Last night NHS England finally gave sufferers some hope by revealing it has tabled a “significantly improved” offer TO VERTEX. Alison Fare, of Conwy, North Wales, whose daughters Imogen, seven, and Annabelle, three, have CF said: “I’m really hopeful we are close to getting the drugs. For the first time in a while it feels like they’re getting somewhere. I hope Vertex now plays ball.”

This week the Health and Social Care Select Committee urged all parties to respect CF patients by issuing an update on talks.

In response to the committee’s request, NHS England’s national director of specialised commissioning John Stewart said there have been five meetings in two months with Vertex.

Mr Stewart added: “NHS England has made a revised and improved offer TO VERTEX.

“We have proposed a two-year managed access arrangement for Orkambi and Symkevi, providing full access for all eligible patients.

“During this interim funding period, we have proposed a significant increase in the per-patient per-year price for each medicine compared to our (2018) offer.

“At the end of the managed access period, prices could then either be adjusted upwards further or downwards depending on NICE’s conclusions.” 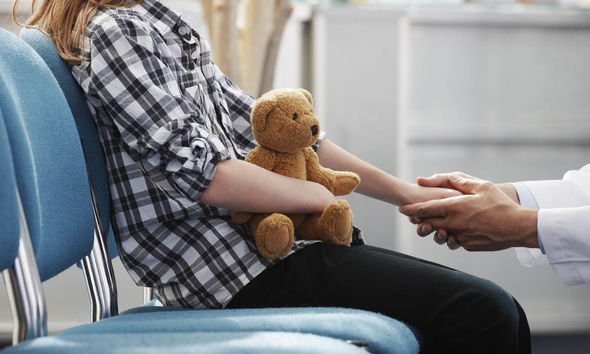 Yesterday David Ramsden, chief executive of the Cystic Fibrosis Trust, said: “After weeks of painful silence, NHS England proposed a two-year access system which could give drugs to people immediately.

“But this means nothing without agreement from all sides. We ask Vertex for an immediate response.”

When it refused the NHS’s £500million offer last July Vertex also quit the NICE process that approves drugs for use.

Thanks to the ongoing campaign by the Daily Express for an NHS and NICE deal with Vertex, all three sides have now returned to the negotiating table for their first talks in eight months.

Yesterday Vertex wrote to the select committee to indicate it would review the new offer and give the NHS its views at a meeting next week.

An 11-year-old girl with cystic fibrosis was delighted when her local MP visited her school – to praise her campaign for life-saving drugs.

Tilly Green, who recently needed intravenous antibiotics to beat a nasty cold while sitting her SAT exams, has called for life-changing CF drugs such as Orkambi to be made available on the NHS. 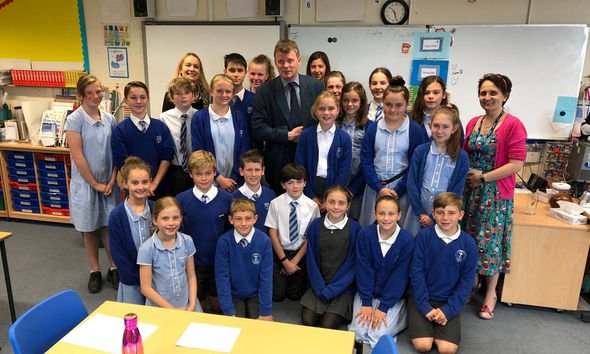 In April, Tilly wrote to her MP Richard Benyon to ask if he could help – and last Friday, he visited the schoolgirl at Bradfield Primary, Newbury, Berks, to pledge his support.

The MP said that if people were not moved by the plight of CF sufferers, they must have “hearts of stone”.

Speaking to Tilly and her fellow pupils, Mr Benyon said: “I’m a dad, I have got five children. I know how worrying it is for parents when you have a child who is not well and how frustrating it is when you know they could be better.

“I think that’s something worth getting involved in.

“With you and everyone else fighting this campaign, I think we will get there and that’s a good reason to get up in the morning.”

Tilly said afterwards: “It’s nice to know we have someone in Parliament supporting us.” Her teacher Hannah Dennis told the Daily Express that it was great for her pupils to see the impact which writing letters to Mr Benyon could have.

She added: “He answered all the questions and didn’t skirt over anything.”

Tilly’s mother Nikki, 39, told the Daily Express: “I’m so proud, not only of Tilly, but Mrs Dennis who helped organise it all.”