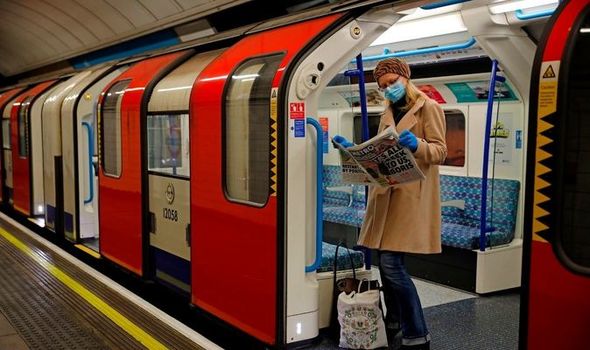 Medics treating some of the world’s first cases said most were experiencing mild illness, despite signs that the variant is more infectious. Professor Salim Abdool Karim, an adviser to the country’s government, said Omicron appeared to be more able to infect people who were vaccinated or had past infection.

But he added: “Based on what we know and how the other variants of concern have reacted to vaccine immunity, we can expect that we will still see high effectiveness for hospitalisation and severe disease, and that protection of the vaccines is likely to remain strong.”

Prof Abdool Karim told a news conference Omicron was so far causing mild symptoms, including a dry cough, fever and night sweats. He also said he expected the variant to drive new daily infections in South Africa above 10,000 before the end of the week, from less than 3,000 on Sunday.

Dr Angelique Coetzee, who chairs the South African Medical Association, said the cases she had seen at the epicentre of the outbreak were “extremely mild” and there were differences compared to previous strains.

Unlike with the Delta variant, Omicron patients had not reported loss of smell or taste and there has been no major drop in oxygen levels, she said.

She added: “The most predominant clinical complaint was severe fatigue for one or two days.With them, the headache and the body aches and pain.”

South Africa’s health minister said there was “absolutely no need to panic” despite the recent surge in cases.

Joe Phaahla said the country had been in a similar position before when it detected cases of the Beta variant last December so this “is no new territory for us”.

German epidemiologist Professor Karl Lauterbach suggested the variant could even turn out to be “an early Christmas present” if it causes milder symptoms than previous strains. But he cautioned that South Africa had a younger population and countries in Europe have more older people at higher risk from Covid.

Clive Dix, former chief of the UK Vaccines Taskforce, said he was “not that concerned” about Omicron as it was unlikely to evade vaccines significantly enough to cause a large increase in hospitalisations and deaths.

“I think our vaccines will hold up to it and I think we’ll be fine.”

But Mr Dix also warned that Omicron should be a “wake-up call” about the need to prepare for development of new vaccines to target variants.

The vaccine is our best protection, says PROF ANTHONY HARNDEN

The emergence of the Omicron variant, including the discovery of cases in the UK in the past week, has dramatically increased the need to bolster protection levels against Covid-19 across the country.

The exact threat from this new variant is still unknown, but what is clear is that the vaccine remains our best protection against the virus.

We know immunity levels from the first two doses of the jab begin to wane over time. But latest data has shown that a booster dose provides at least 93 per cent protection against severe disease.

It is not yet known exactly how Omicron will respond to the UK vaccines, but it is hoped they will provide good protection against severe disease as a minimum.

That is why the Joint Committee on Vaccination and Immunisation (JCVI) has recommended that boosters be offered to everyone over the age of 18 no sooner than three months after their first two doses.

We have also advised that 12-15 year olds are given a second dose of the vaccine 12 weeks after their first dose.

Both of these measures will help increase our immunity and make us better prepared for any possible increase in Omicron cases, and any other Covid-19 variants, this winter.

For these reasons it is also vital that anyone who is yet to take up their first two doses of the jab do so as soon as possible.

But the vaccine is not the only way we can help limit the impact of this variant.

Everyday actions like wearing masks in shops and on public transport, regularly washing our hands, and meeting others in well-ventilated places or outdoors, all dramatically reduce our chances of catching or spreading the virus.

By taking up the vaccine, including boosters, being vigilant with masks and hand hygiene, and being considerate in our contact with others, we can all do our bit to ensure we stay on top during this unprecedented pandemic.