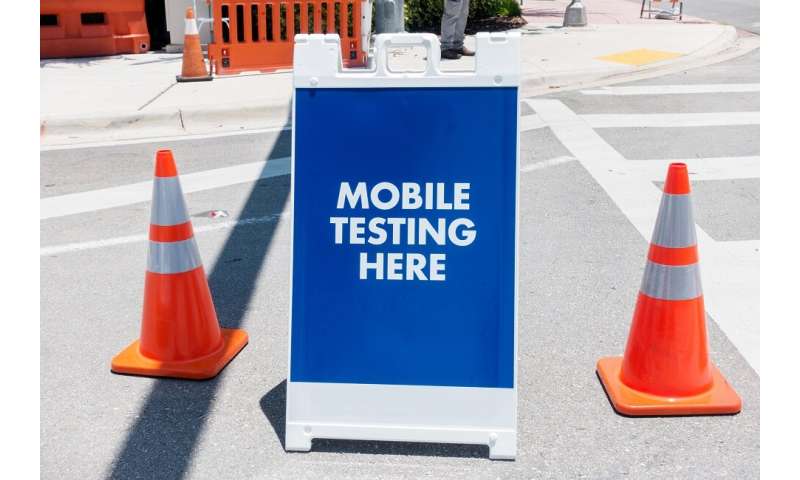 Florida’s COVID-19 daily percent positive rate, a key metric driving economic and public policy decisions, offers a distorted snapshot of the effect the virus is having across the state, according to Rebel Cole, Ph.D., a data scientist with 35 years of experience and a professor of finance in Florida Atlantic University’s College of Business.

Cole believes the ‘daily rate’ reported by the state is misleading because it is highly volatile and based on tests that were conducted during the prior two weeks rather than during the past 24 hours. Because it is an average of tests conducted from one day to two weeks ago, it is not the timely metric that most people assume. The reported rate is further skewed because the state focuses its testing efforts on “hotspots”—areas known to contain high concentrations of positive cases, Cole said.

He offers three ways to remedy these deficiencies. The simplest is to rely upon a “moving average” of the rate over the most recent seven days. This smooths out the variability and makes the trend clearer for policymakers.

He also recommends that state officials wait until they have results for most of the tests administered on a particular day before calculating the daily percent positive rate for that day, and that the rate be calculated from a random sampling of people in each county—a technique called surveillance testing—which would better indicate the true prevalence of infection among each county’s population.

“The best way you can track the progression of a virus is through surveillance testing,” Cole said. “That would give us a much more reliable statistic to use in decision-making, but we’re not getting that.”

To give consumers a clearer picture of the coronavirus pandemic in Florida, Cole and Jon Taylor, a Ph.D. student at FAU, have created the COVID-19 Florida Tracker that presents a variety of charts created from public state data.

Meanwhile, local and state authorities continue to use the flawed daily percent positive rate to make economic policy decisions about which activities they allow to reopen in each county. Cole said the state’s goal is a rate below 10 percent, but some counties prefer a rate below 5 percent.

“County commissioners and mayors cannot make the right decisions if they don’t have the best possible data,” he said. “They’re basing it on this faulty daily positive, which can be terribly misleading.”