The deadly coronavirus is known to attack many parts of the body including the eyes, skin, nose and even ears. Myalgia and arthralgia relate to symptoms felt in a person’s joints and muscles. Scientists warn that this chronic pain could lead to rhabdomyolysis and could be life-threatening.

Body aches have been reported in many COVID-19 patients with some revealing severe joint and body pain.

This pain has been mostly felt in the large muscles of the body.

Although rare, leading health experts warn the painful inflammation in the joints caused by the virus could lead to rhabdomyolysis.

This potentially life-threatening illness is caused by excruciating muscle pain in the shoulders, thighs or lower back. 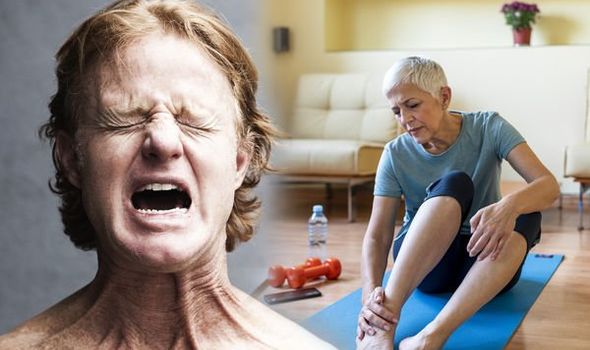 Rhabdomyolysis is a rare condition explained the Cleveland Clinic.

It continued: “It is a muscle injury where the muscles break down and is a life-threatening condition.

“This dangerous muscle damage can result from overexertion, trauma, toxic substances or disease.

“As muscle cells disintegrate, they release a protein called myoglobin into the blood.

“The kidneys are responsible for removing this myoglobin from the blood so urine can flush it out of the body.

“In large quantities, myoglobin can damage the kidneys.

“If the kidneys cannot get rid of the waste fast enough, kidney failure and death can occur.” 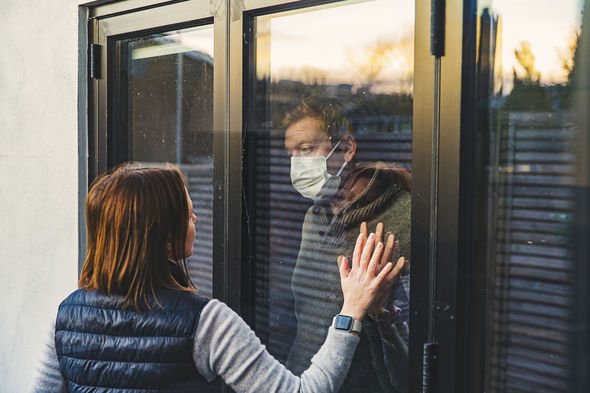 What the study said?

In a study published in the US National Library of Medicine National Institutes of Health, rhabdomyolysis in the novel coronavirus was investigated.

The study noted: “Rhabdomyolysis is a life-threatening condition caused by skeletal muscle damage from various aetiologies

“We reported the first case of a COVID-19 patient who presented with symptoms of rhabdomyolysis, including muscles pain and weakness.

“There are several possible hypotheses explaining the pathogenesis of viral-induced rhabdomyolysis.

How to diagnose rhabdomyolysis?

Your GP will look and feel the larger skeletal muscles in the body especially if aches and tenderness have been occurring.

A GP will also perform a urine and blood test to confirm diagnosis of rhabdomyolysis.

If you have been experiencing chronic pain in your joints and muscles with no valid reason, it’s important to speak with your GP about the possible cause.