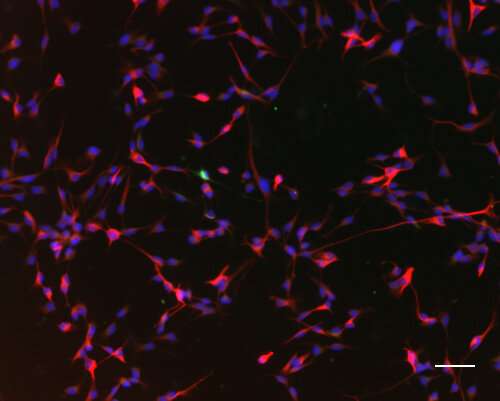 Natural compounds found in apples and other fruits may help stimulate the production of new brain cells, which may have implications for learning and memory, according to a new study in mice published in Stem Cell Reports.

Chemical substances found in plants, so-called phytonutrients, such as resveratrol in red grapes or epigallo-catechin-3-gallate (EGCG) in green tea, can have positive effects on different parts of the body including the brain. Researchers Tara Louise Walker, University of Queensland, Brisbane, Australia and Gerd Kempermann, German Center for Neurodegenerative Diseases, Dresden, Germany, and colleagues found that high concentrations of phytonutrients from apples stimulate the generation of new neurons, a process called neurogenesis.

The study showed that laboratory-grown stem cells from adult mouse brains generated more neurons and were protected from cell death when quercetin or dihydroxybezoic acid (DHBA), phytonutrients commonly found in apples, were added to the cultures. Subsequent tests in mice showed that in distinct structures of the adult brain associated with learning and memory, stem cells multiplied and generated more neurons when the mice were given high doses of quercetin or DHBA. The effects on neurogenesis were comparable to effects seen after physical exercise, a known stimulus for neurogenesis.

This study suggests that natural compounds in fruits, such as quercetin, DHBA and potentially others, may act in synergy to promote neurogenesis and brain function when given in high concentrations.