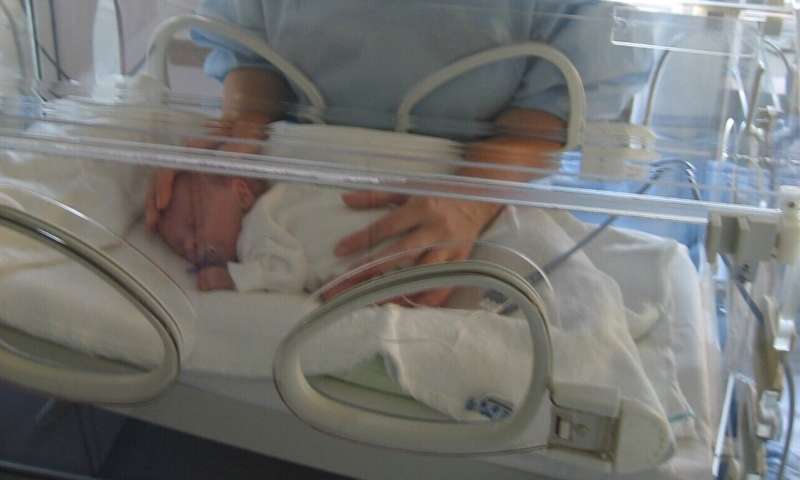 California’s most vulnerable premature babies are now healthier when they go home from the hospital, according to a new study led by researchers at the Stanford University School of Medicine and the California Perinatal Quality Care Collaborative.

Between 2008 and 2017, the proportion of the smallest and most premature California infants who survived until hospital discharge without major complications of their early birth increased from roughly 62% to 67%, and those with major complications had fewer of them.

The study will be published online early June 18 Eastern time in Pediatrics.

“When a family takes their baby home from the hospital, we want them to have an infant that’s as healthy as possible,” said the study’s lead author, Henry Lee, MD, associate professor of pediatrics at Stanford. “Survival without major complications is one way we take into account that survival alone isn’t our only goal.”

About 1 in 12 California babies are born prematurely, arriving at least three weeks early, and about 1 in 100 are born 10 or more weeks before their due date. In the last 50 years, survival rates for very premature babies have greatly improved, Lee said, but some preemies continue to experience severe complications after birth, such as lung problems, infections, digestive disease, brain injury, brain hemorrhage and vision loss. Although prior studies had examined changes in the rates of individual complications of prematurity, none had addressed whether complications as a whole were declining among a large population of preemies in California.

California hospitals have been working together since 2007 to help neonatal intensive care units improve outcomes for babies. To promote this goal, they formed the California Perinatal Quality Care Collaborative. Headquartered at Stanford, the collaborative has conducted many projects to improve preemies’ health, such as studying best practices for resuscitating preemies in the delivery room and figuring out how to support breast-milk expression for mothers who deliver prematurely.

The new study focused on the smallest and most premature babies, those born 11 to 18 weeks early or who weighed 0.88 to 3.3 pounds at birth. It included 49,333 infants who were in the NICUs of 143 California hospitals between 2008 and 2017. The study did not include infants who died at birth or who had severe congenital abnormalities.

The researchers analyzed the infants’ medical records to look for the presence of major complications of premature birth. Between 2008 and 2017, the percentage of very premature or very small infants in California who survived without major complications improved from 62.2% to 66.9%. There was a significant decline in mortality of these infants over the same period. The complications whose incidence decreased most were necrotizing enterocolitis, a disease in which intestinal tissue dies, which declined 45.6%; and infections, which declined 44.7%.

“It was really encouraging to me that we found that babies were less likely to have multiple morbidities,” Lee said, adding that this means care is improving across the board, even for the sickest preemies.

The performance of California’s neonatal intensive care units became more uniform for most complications of prematurity, with less variation between hospitals. However, there is still room for improvement; the study estimates that if all hospitals matched the performance of the top 25% of the state’s NICUs, an additional 621 California preemies would go home from the hospital without major complications each year.

The California Perinatal Quality Care Collaborative is helping health care providers at all NICUs learn from each other, Lee said. “We’ve started trying to see which hospitals are having very good outcomes, or have perhaps improved significantly over the last few years, so that we can disseminate the knowledge they have gained from their experience,” he said.