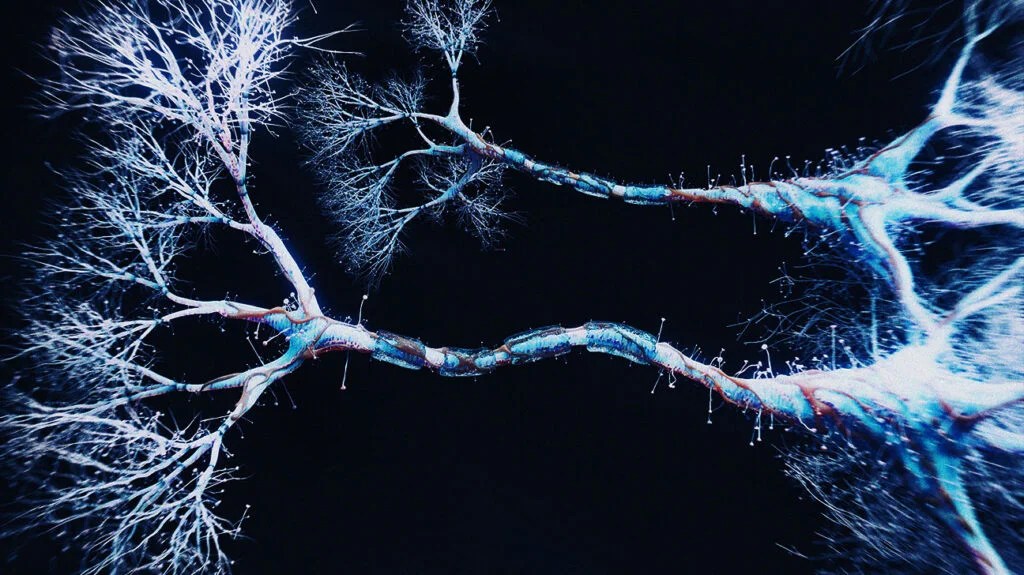 Neurons are the building blocks of the central nervous system, which includes the brain and spinal cord. They share information via electrical impulses and chemical signals.

The human brain contains about 100 billion of these cells.

Neuronal impulses are generated by the activity of ion channels, which control the movement of mineral ions, including potassium and sodium. Typically in mammalian brains, as the size of neurons increases, the density of the ion channels in the neurons also increases.

To the surprise of neuroscientists from the Massachusetts Institute of Technology, in Cambridge, and Harvard Medical School, in Boston, this was not the case for human neurons.

Their research appears in a November 2021 edition of Nature.

Lou Beaulieu-Laroche, Ph.D., a neuroscientist and the study’s lead author, explained in a recent LinkedIn post: “These findings have important implications for understanding our outstanding cognitive abilities and the challenges [that] therapies derived from animal models face in human clinical trials.”

Neuronal size determines neuronal input-output features — how likely a neuron is to “fire” following a certain level of input from other neurons. The size of neurons also varies widely across mammalian species.

The team of researchers analyzed brain samples from people with epilepsy who had undergone neurosurgical treatment, Etruscan shrews, mice, rabbits, and macaques, among other mammals.

The researchers aimed to “characterize layer 5 cortical pyramidal neurons across 10 mammalian species to identify the allometric relationships that govern how neuronal biophysics change with cell size.”

The authors chose this population of neurons because they are “reliably identifiable,” and scientists have studied them extensively. Allometry is the study of how an animal’s characteristics change with size.

By studying 10 species, the researchers could analyze various neuronal sizes and cortical thicknesses across the mammalian kingdom.

In particular, the researchers focused on two types of ion channel: hyperpolarization-activated cyclic nucleotide-gated (HCN) channels and voltage-gated potassium channels. They concentrated on these two because they are relatively easy to access and have a strong influence on neuronal networks.

Exception to the patterns

The neuroscientists observed a “building plan” consistent with every species except for humans. They write:

“In 9 of the 10 species, we observe conserved rules that control the conductance of voltage-gated potassium and HCN channels. Species with larger neurons, and therefore decreased surface-to-volume ratio, exhibit higher membrane ionic conductances.”

In this context, conductance describes the ability of ions to easily cross the membrane of a neuron through ion channels.

Dr. Beaulieu-Laroche and colleagues saw that human neurons do not show the same allometric patterns as those of the other nine mammals. Instead, voltage-gated potassium and HCN channel conductances were much lower in human neurons.

These findings demonstrate “conserved evolutionary principles for neuronal biophysics in mammals, as well as notable features of the human cortex.”

Several of this study’s authors had noted in previous research that human neurons are larger than those of other mammals.

However, the current findings indicate that human layer 5 neurons “are not just large […] but are fundamentally distinct.”

Medical News Today discussed the current study with Keiland Cooper, Ph.D., a neuroscientist at the University of California, Irvine. He was not involved in this research.

Dr. Cooper was intrigued that human layer 5 neurons were distinct in terms of ion channels. He speculated, “Perhaps the human brain diverges from the pattern to meet a changing energy demand, as opposed to other species.”

Dr. Beaulieu-Laroche and his co-authors believe that the human neurons’ lower membrane conductance allows the cerebral cortex “to allocate energetic resources to other aspects of neuronal function (e.g., synaptic transmission) that are more computationally effective.”

In other words, the energy saved by harboring fewer ion channels might help the human brain carry out other, more complex tasks.

According to its authors, this study provides “a novel and important locus for future investigations into the human condition.”

The neuroscientists hope to explore where the human neurons’ extra energy is going. They also want to determine if there are certain genetic changes that enable human neurons to become so efficient.

Dr. Cooper anticipates these discoveries as well, as he shared with MNT:

“Cross-species studies like these are terrific, and due to the methodological difficulties, are done far less often than they probably should be.”

“A study such as this will open a whole new set of questions that will have to be investigated: What might underlie the differences between humans and other species? Are there specific genetic markers or developmental milestones where species diverge? What might the functional implications be, or does the brain compensate in some way?”

Dr. Cooper added, “I’m really excited to see the follow-up work that will result from this study.”

The researchers do not yet understand why ”[ion] conductance per volume is lower in humans, or why it is conserved in all the other tested species.” This will require a great deal more investigation.

As for the limitations, the researchers point out that the disease history and treatments of the humans behind the samples could have influenced the outcome of this study.

However, they note that “Previous studies with extensive patient history and surgery types failed to observe significant correlations between disease etiology and dendritic morphology or synaptic plasticity.”

On this point, Dr. Cooper agrees; he told MNT, “I think the authors create a compelling case for the human neurons to be representative, however, further work to dissociate these differences will need to be completed to confirm this single study.”

As for next steps, the authors conclude their paper by noting:

“Exciting future work is needed to determine the evolutionary pressures underlying these distinctive features and their contribution to human brain function.”