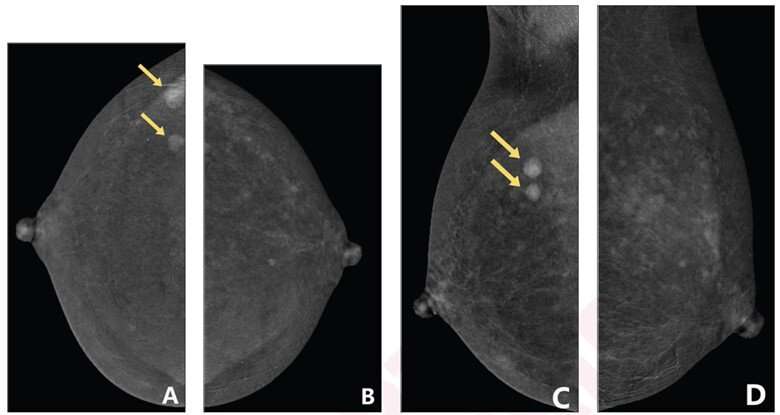 According to a study published in the American Journal of Roentgenology (AJR), both menstrual status and menstrual cycle time are associated with the degree of early background parenchymal enhancement (BPE) on contrast-enhanced mammography (CEM), which could influence CEM interpretations.

“Clinical factors, including history of breast cancer or breast cancer treatment, breast density, menstrual status, and time of menstrual cycle, are associated with degree of early BPE on CEM,” wrote corresponding author Yajia Gu from the department of radiology at Fudan University Shanghai Cancer Center in China. “In premenopausal patients, degree of BPE is lowest on days 8–14 of the menstrual cycle.”

While acknowledging their retrospective study’s small sample size, the authors added that “the findings have implications for CEM scheduling and interpretation,” given the potential impact of BPE on diagnostic performance.