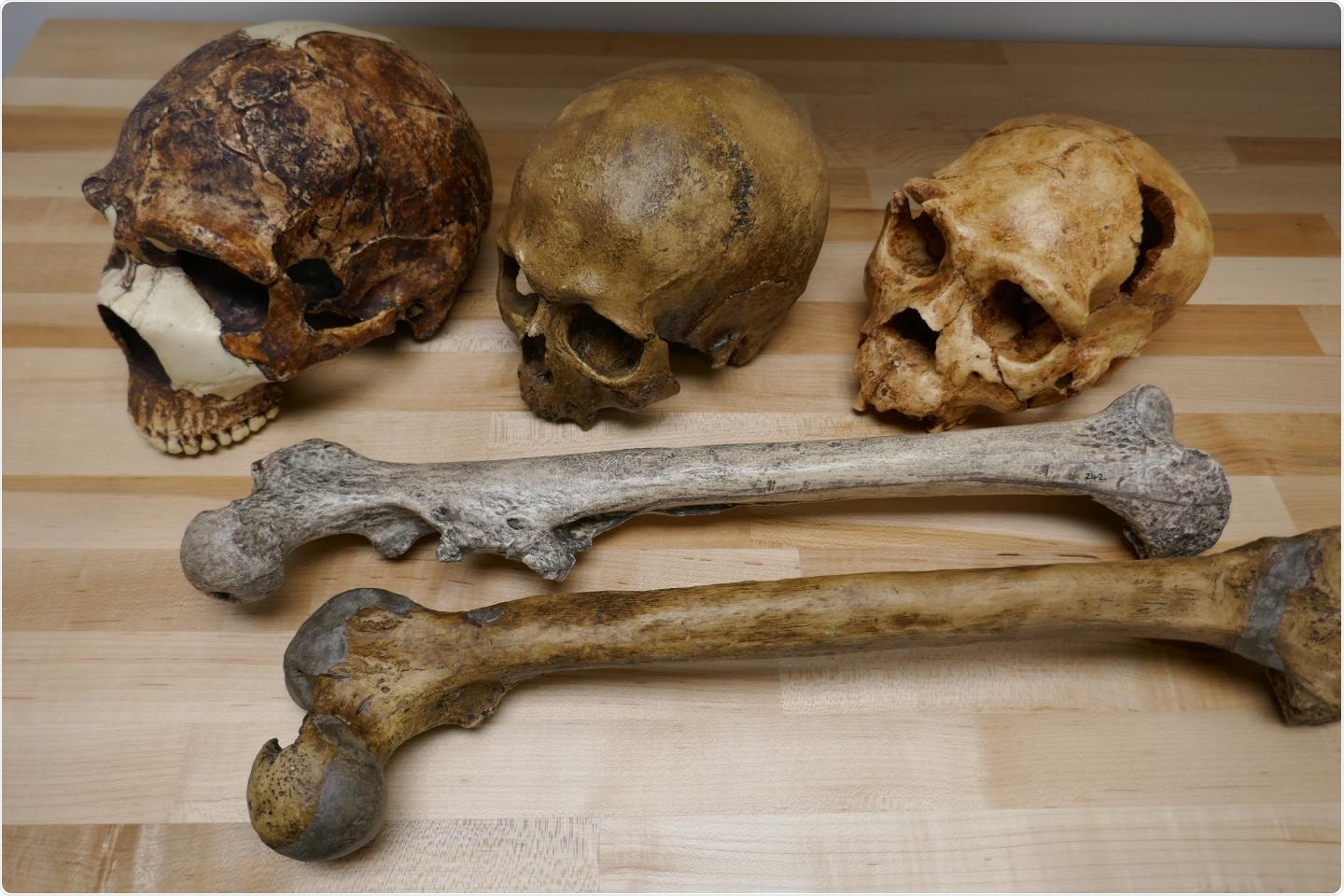 Human evolution has been a focal discipline since the origins of science itself. Of particular interest is the questions on how and why the human body and brain have evolved to become what they are today.

New research published in the journal Nature Communications by an international and interdisciplinary team of researchers, led by Dr. Manuel Will from the Department of Early Prehistory and Quaternary Ecology, the University of Tübingen in Germany, and colleagues from Cambridge, New Zealand, and Canada, has revealed new insights into human evolution and what drives it.

The team collected measurements of body and brain size from over 300 fossils from the genus Homo found across the globe and combined this data with a reconstruction of the world’s regional climates over the last million years.

This timeline matches the very early beginnings of human evolution and was characterized by drastic changes in climate. Indeed, Homo sapiens is thought to have evolved first around 300,000 years ago in East Africa, but the genus Homo itself has existed much longer before that and includes related species such as Homo habilis and Homo erectus.

A defining trait of the Homo genus is an upward trend of increasing body and brain sizes relative to other species such as Homo habilis. Investigating the underlying reasons is therefore of particular value in understanding our own species and what drives it to change over time.

In the present study, the team was able to examine such dynamics by matching the specific climate experienced by every fossil they collected when it was a living individual.

Associating fossils with climate showed that that the average body size of humans has fluctuated significantly, with larger bodies evolving in colder regions. This is thought to be due to the buffering of larger body sizes against coder temperatures as less heat is lost from a body when its mass is large relative to its surface area.

Our study indicates that climate – particularly temperature – has been the main driver of changes in body size for the past million years. We can see from people living today that those in warmer climates tend to be smaller, and those living in colder climates tend to be bigger. We now know that the same climatic influences have been at work for the last million years.”

Dramatic changes in brain size, but not in tandem with body size

The researchers then looked at the correlation between environmental factors and brain size in the genus Homo, but correlations were generally weak.

The size of the brain showed correlations with biotic factors instead, with larger brains of the Homo genus associated with habitats with less vegetation, like open steppes and grasslands, but also in ecologically more stable areas. Using archaeological data, such results indicate that individuals living in these habitats hunted large animals as food, a risky and complex task that might have driven the evolution of larger brains.

Indeed, the consistent tracking, identifying, and capturing of large animals for survival requires fine-tuning of sensory skills from running and physical combat to the use of visual and olfactory cues, which become more difficult in complex habitats offering cover for instance.

“We found that different factors determine brain size and body size – they’re not under the same evolutionary pressures. The environment has a much greater influence on our body size than our brain size,” said Dr. Manuel Will.

He added: “There is an indirect environmental influence on brain size in more stable and open areas: the number of nutrients gained from the environment had to be sufficient to allow for the maintenance and growth of our large and particularly energy-demanding brains.”

The findings, therefore, support the fact that non-environmental factors represented a more important driver for larger brains than climate factors did. Further factors that could be of influence may be added to the list including the cognitive challenges of increasingly complex social lives, more diverse diets, and more sophisticated technology

The researchers say there is good evidence that the human body and brain size continue to evolve. Currently, on average larger-bodied people live in colder climates but changes may occur as changing global temperatures may affect observed trends.

Moreover, brain size appears to be shrinking ever since the beginning of the Holocene (around 11,650 years ago), likely associated with the increased dependence on technology. This will likely continue due to the outsourcing of complex tasks to computers, which may cause brains to shrink even more over the next few thousand years.

It’s fun to speculate about what will happen to body and brain sizes in the future, but we should be careful not to extrapolate too much based on the last million years because so many factors can change,”

Future studies may continue to examine new and emerging fossils and could consider other factors that could potentially have played a role in human evolution, such as the interbreeding with other species including Neanderthals, which could have contributed to changes in body size in colder regions. Understanding how bodies and brains evolved may therefore provide valuable insight into understanding the underlying pressures associated with morphological changes in humans.

James completed his bachelor in Science studying Zoology at the University of Manchester, with his undergraduate work culminating in the study of the physiological impacts of ocean warming and hypoxia on catsharks. He then pursued a Masters in Research (MRes) in Marine Biology at the University of Plymouth focusing on the urbanization of coastlines and its consequences for biodiversity.