Scientists report that the global rate of people dying with kidney disease has seen a sharp increase in the past 27 years and that many of these deaths were preventable. 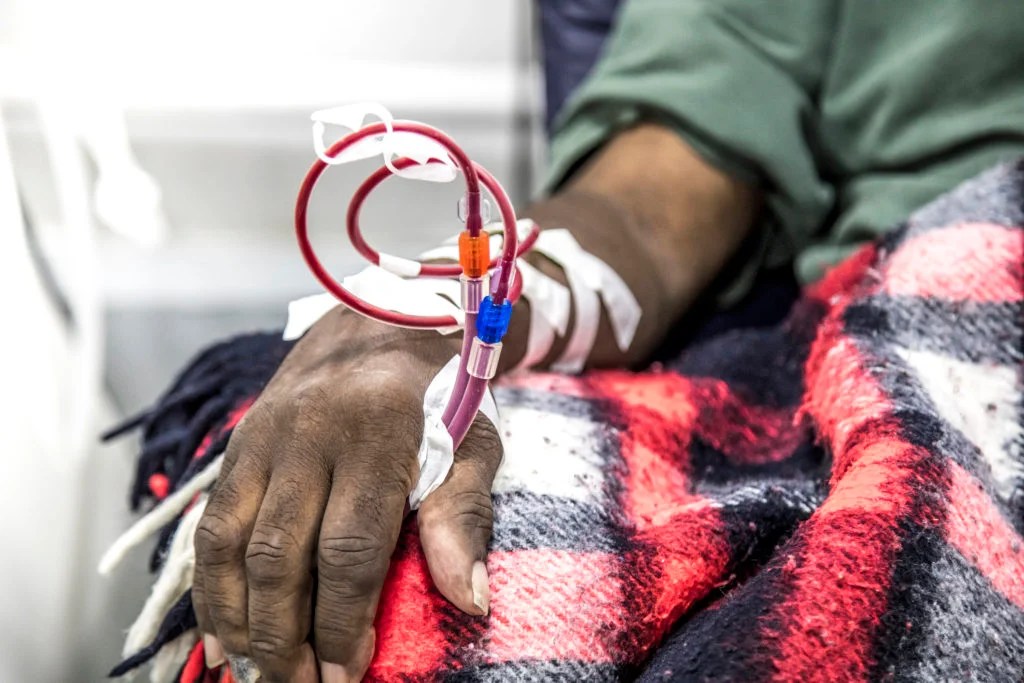 When a person develops chronic kidney disease (CKD), their kidneys slowly stop functioning over months or years. Usually, the kidneys filter excess fluid and waste from the blood, as the kidneys fail, these fluids accumulate.

There are no symptoms of CKD in the early stages, but if a person does not receive treatment, CKD will progress to end stage kidney disease; this requires dialysis treatment or a kidney transplant.

Scientists have estimated that 14% of the United States population has CKD.

High blood pressure or diabetes commonly causes CKD, but it can also develop because of HIV infection or exposure to toxins or heavy metals. Sometimes, the primary cause of a person’s CKD remains unknown.

There is no cure for CKD, although lifestyle changes can help prevent the condition from getting worse. People in later stages of the disease need expensive renal replacement therapy, for example, kidney dialysis or a kidney transplant to survive.

How many people have CKD?

The Lancet recently published a study to calculate the global health burden of CKD as part of the annual Global Burden of Disease study.

This observational epidemiological study was one among many designed to calculate and compare the health impact of 359 diseases and injuries, and 85 risk factors across 195 countries.

Some regions, including Latin America, have limited data on people with CKD, so the researchers used geographical proximity estimates to calculate the true cases in that region.

They report that, globally, nearly 700 million people had CKD in 2017 and 1.2 million people died from the disease. Additionally, there were 1.36 million deaths attributed to cardiovascular disease, resulting from impaired kidney function.

When the researchers compared this with previous years, they found that the mortality rate for CKD increased by over 41% between 1990–2017. This means that CKD moves from the 17th leading cause of death globally to the 12th. The rate of end stage kidney disease treated by dialysis has also increased by 43.1% along with transplantation, which has increased by 34.4%.

They estimated that global CKD is responsible for 35.8 million disability adjusted life years; one-third of these years is due to diabetic kidney disease.

The data revealed a variation in CKD health burdens between countries with most of the global burden carried by countries in the low and middle development spectrum.

“Chronic kidney disease is a global killer hidden in plain sight,” said Dr. Theo Vos, professor of Health Metrics Sciences at the Institute for Health Metrics and Evaluation at the University of Washington’s School of Medicine in Seattle. He continues:

“The evidence is clear: Many nations’ health systems cannot keep pace with the dialysis demand. Cases far exceed and are well beyond the ability of those systems to handle. The consequences, literally, are deadly.”

How accurate are the estimated figures?

In countries without health systems designed to count cases of CKD, there will always be a gap between the estimated figures and the true number of people with the disease.

The quality of CKD data available limited the accuracy of the study estimates. The researchers point out that many of the countries in the study did not have high quality population-based studies for CKD.

Where there was data, there was often a variation between sampling methods and other methodologies. The scientists adjusted for this in the computer model, but it may have affected the estimates.

How does CKD compare to other diseases?

As CKD is potentially preventable and treatable, the study authors argue that it deserves greater attention in global health policy decision making.

In their paper, they point out that in 2017, the disease resulted in more deaths than tuberculosis or HIV. People with CKD outnumbered those with other conditions, such as diabetes, osteoarthritis, chronic obstructive, and asthma.