Chrissy Teigen basically knows how to make everything in life better, whether that includes sharing her signature recipe for beignets or her willingness to call out the haters on social media so she can just liiiiive. We thought we couldn’t stan harder but then she dropped the most major food hack in recent memory to her Instagram story: how to make homemade copycat ranch Doritos Locos tacos with a simple crispy taco shell transformation. 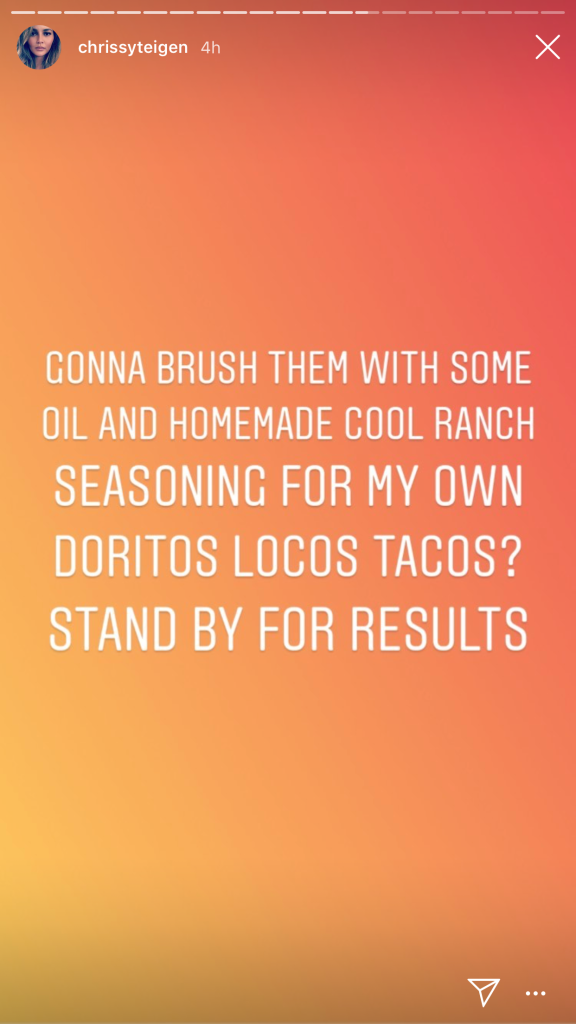 Doritos Locos tacos are a Taco Bell specialty, one so popular that they sold $1 billion worth of them in the first year that they were on the menu. But sometimes we just don’t want to go see our friends at the local Taco Bell drive-thru (for like the third time in one day). Other times, we’re simply not allowed back after that fire sauce incident. UHHH theoretically speaking, of course. Anyway, Tiegen came up with the perfect solution for those times when you’re craving The Bell but just can’t bring yourself to leave the house.

First, she starts with a classic ground meat taco filling. 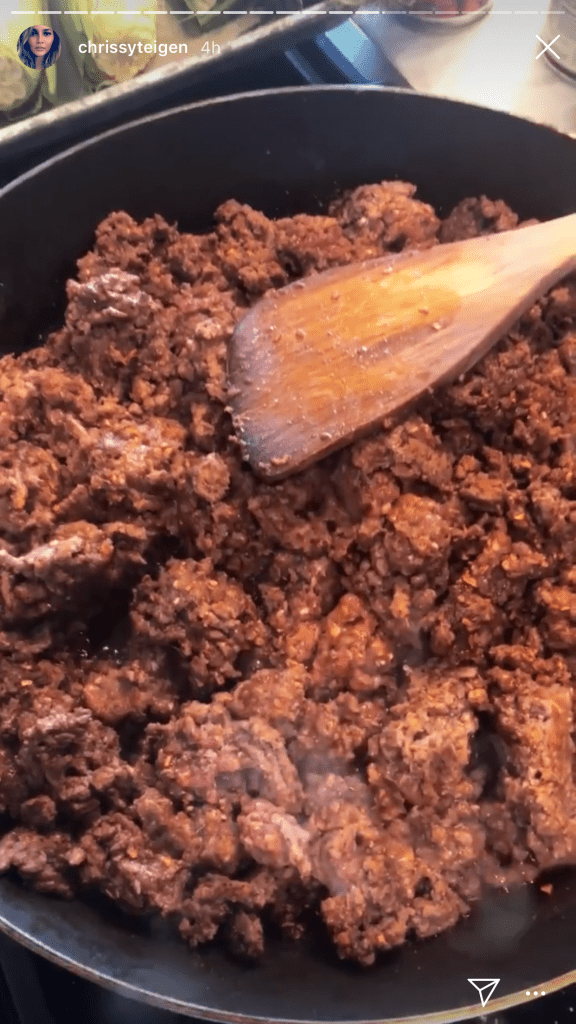 Then, she toasts some crispy taco shells. 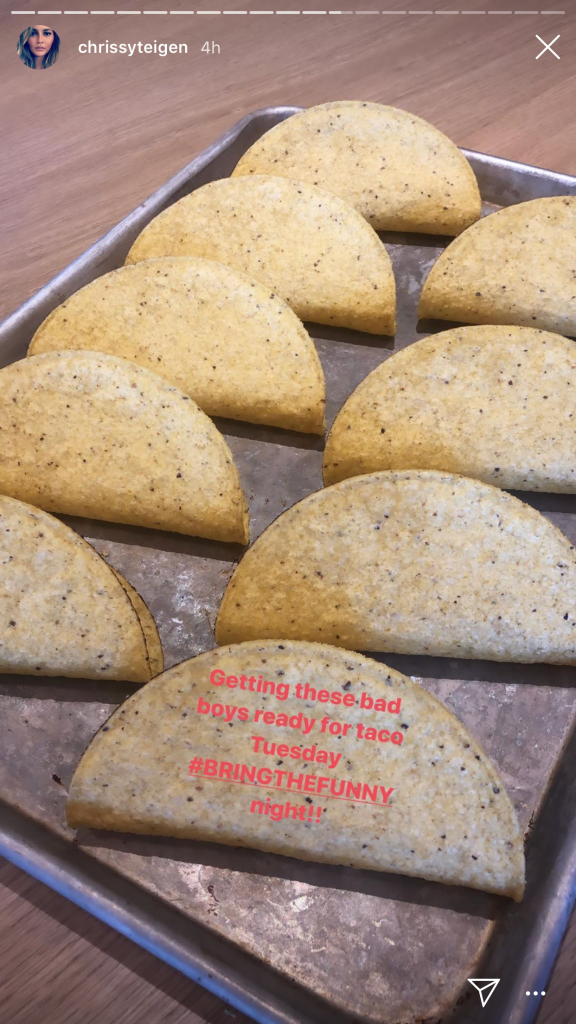 The final touch? She sprays the shells with oil, then sprinkles on some homemade cool ranch seasoning. 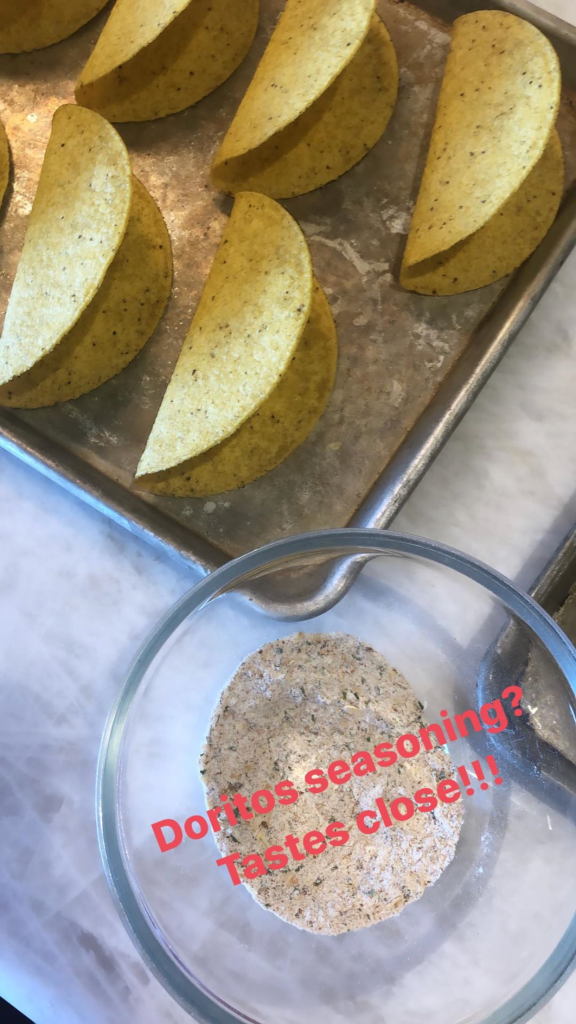 Judging by the look on her face as she digs in, it tastes as good as it sounds! 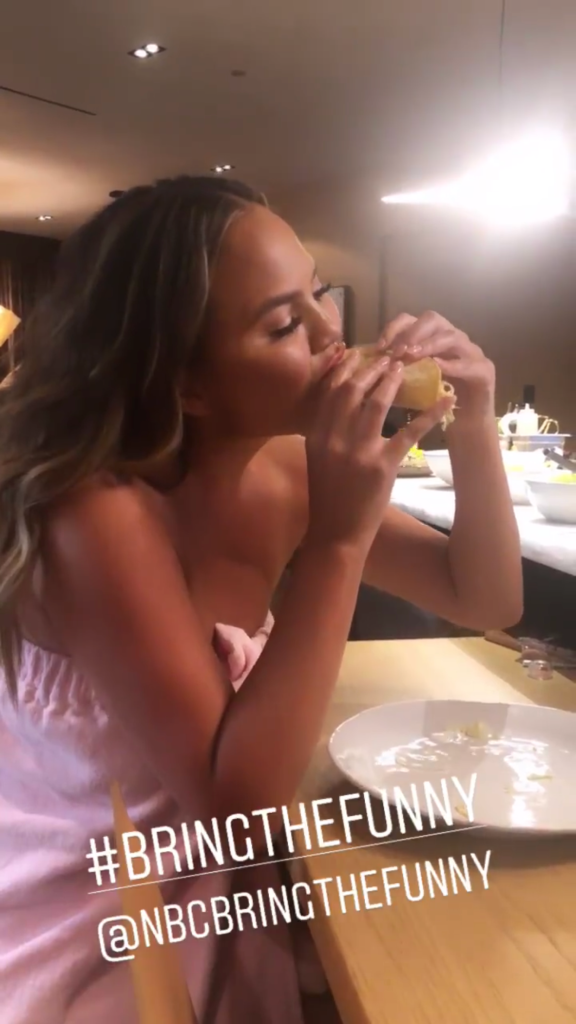 Even if you don’t feel like making your own ranch dressing, you could always pop open a packet of the dried ranch dip seasoning and use that instead, adding extra spices until it tastes just right.

This isn’t the first time Teigen has pioneered new ways of eating tacos. She freed herself from the unnecessary shackles of the human shirt and ate a taco in her bra in 2015, which was honestly the most relatable thing I’ve ever seen a celebrity do.

Here’s hoping she’ll share all of her taco hacks, recipes and otherwise, when her new food website launches.