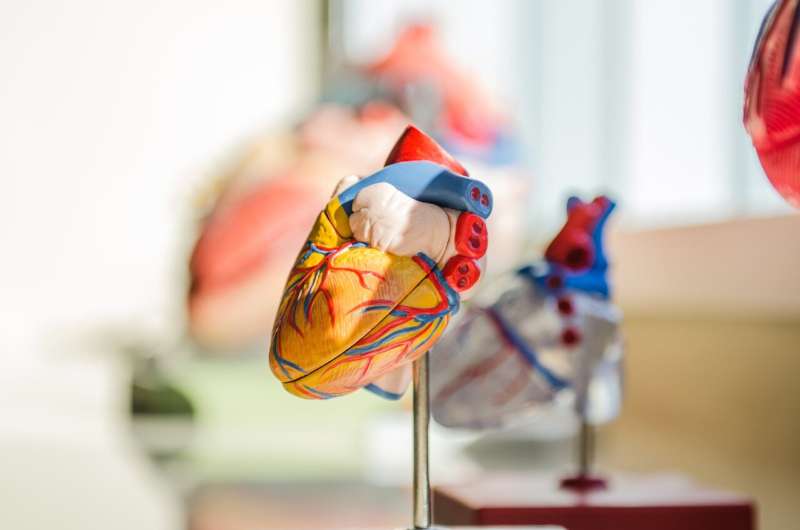 ST segment-elevation myocardial infarction (STEMI) is a particularly severe type of heart attack associated with a high risk of mortality or long-term disability. Clinicians can reduce a patient’s chances of unfavorable outcomes by performing a procedure known as percutaneous coronary intervention (PCI), which combines coronary angioplasty—in which a balloon is inserted into a blocked artery of the heart to clear it—with stenting—inserting a tiny tube into a blocked artery to keep the line open. But studies in China have found that many patients with STEMI choose not to undergo PCI and that women with STEMI, in particular, have a reduced likelihood of undergoing guideline-based management and acute reperfusion therapy.

The phenomenon of patients with STEMI refusing PCI attracted the interest of a research team at China’s Shandong University. As lead researcher of the team, Dr. Yu-Guo Chen explains, “Understanding the factors that influence patients’ decisions to reject medical advice may facilitate efforts to improve treatment compliance, quality of care, and prognoses.” Dr. Chen and team conducted analyses of treatment data to identify the predictors of PCI refusal for patients with STEMI. Their results appear in a paper published in a recent edition of the Chinese Medical Journal.

For their analyses, the researchers used data that had been prospectively collected through a cohort study involving patients with STEMI who presented to any of six Chinese emergency departments between August 2015 and September 2017. After excluding patients who never had the opportunity to decide whether to undergo PCI, as well as patients transferred to other hospitals and those discharged against the treating clinicians’ advice, the researchers had a dataset of 957 patients, including 260 women and 697 men. On this dataset, they used multivariable logistic regression analyses to identify the predictors of PCI refusal.

In total, 98 of the patients in the dataset (10.2%) chose not to undergo PCI. One factor that had a major influence on their decisions was age, with patients older than 65 years being more likely than their younger counterparts to refuse PCI. Some important predictors of PCI refusal were having a history of myocardial infarction, experiencing cardiac shock while in the emergency department, a more than 12-hour delay in reaching the hospital after STEMI onset, and having a faster heart rate.

Some other factors included being married, receiving treatment at a tertiary hospital, and having a higher body mass index value.

Interestingly, comparisons between male and female patients showed that female patients were older, were less likely to be married, had lower body mass index values on average, and were less likely to receive treatment at tertiary hospitals. Given that these factors were all predictors of PCI refusal in the regression model, these differences may help to explain why women with STEMI are more likely to refuse PCI than their male counterparts are.

In conclusion, the researchers at Shandong University have identified a host of factors that may help to predict whether a patient with STEMI will give or withhold consent to PCI. When asked about the long-term medical and societal importance of these findings, Dr. Chen notes that knowledge of these predictors may aid healthcare providers in their efforts to persuade more patients with STEMI to consent to PCI. He predicts that increasing the number of patients who undergo PCI “will lead to reductions in mortality and improvements in long-term clinical outcomes.” Given the sex disparities in PCI refusal rates, such improvements may be of particular value to Chinese women.