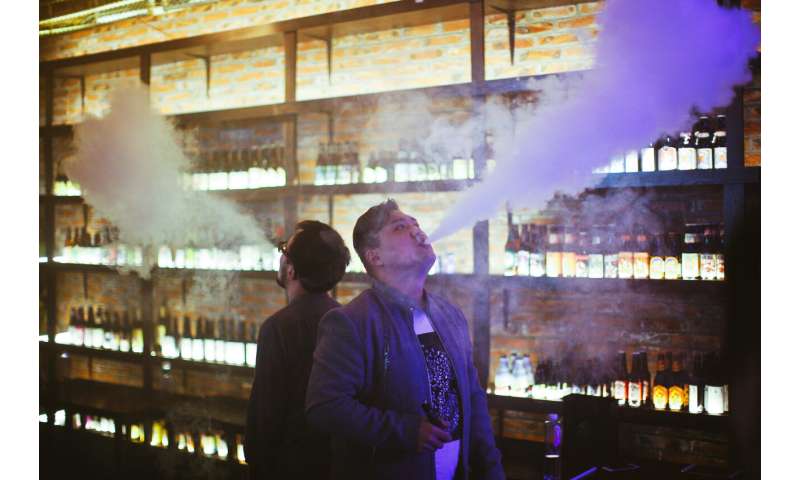 China plans to join governments that are imposing controls on tobacco liquid and additives for e-cigarettes amid rising concern about deaths and illnesses blamed on vaping, a state news agency said Tuesday.

Rules due out as early as next month also will cover e-cigarette devices and packaging, the China News Service said, citing unidentified sources at the State Tobacco Monopoly. The monopoly didn’t immediately respond to requests by phone for more details.

India banned sales of e-cigarettes this month and regulators in the United States and other countries are imposing controls following a surge in deaths and illnesses blamed on vaping.

Makers of e-cigarettes including Juul Labs Inc. have promoted them as being safer than standard cigarettes, but the U.S. Food and Drug Administration says no vaping product has been reviewed and found to be less harmful than traditional tobacco products.

China is the most populous global tobacco market, with an estimated 350 million smokers. India is No. 2.

Companies in the Chinese e-cigarette industry invested at least 1 billion yuan ($140 million) in 2018 year and 35 deals were made in the first half of this year, according to CNS.

China banned sales of e-cigarettes to people under 18 in August 2018.

In the United States, health officials are investigating a surge of severe breathing illnesses linked to vaping. They have identified 380 confirmed and probable cases, including six deaths.

U.S. doctors say the illnesses appear to be a response to the inhalation of a caustic substance. Symptoms have included shortness of breath, fatigue, chest pain, diarrhea and vomiting.