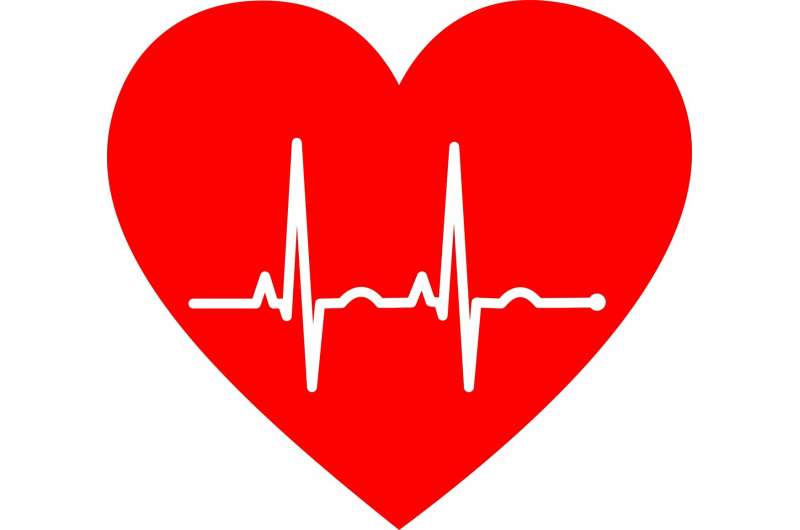 Trauma in childhood may lead to worse heart health later in life for Black people in the U.S. who have a low income, but not for those who have more money, a study found.

Early trauma has been linked to cardiovascular health problems in previous research, said lead author Dr. Shabatun Islam, a cardiology fellow at Emory University School of Medicine in Atlanta. Socioeconomic status also has been associated with cardiovascular health issues. But few studies have examined what she called the “synergy effect of early trauma and household income.”

Understanding the link in Black people is especially important, she said, because “they have a higher burden of cardiovascular disease risk factors compared to most ethnic populations in the U.S.”

The study, funded in part by the American Heart Association, appeared Thursday in the AHA journal Circulation: Cardiovascular Quality and Outcomes.

Islam said the idea for the study was sparked by her experience as a resident at Boston Medical Center, a safety-net hospital where many of the repeat patients had survived trauma. “A lot of the disease processes that you see in adulthood are linked to what had happened to them as children,” she said.

She and her fellow researchers evaluated 457 Black adults from the Atlanta area taking part in the Morehouse‐Emory Center for Health Equity study. Their average age was 53.

Participants answered questions about childhood experiences with physical, sexual and emotional abuse, as well as with general trauma—such as parent’s death or losing a home to a natural disaster.

Their answers were compared with their scores on Life’s Simple 7, a list of risk factor targets shown to help achieve ideal heart and brain health. Participants’ annual household income was labeled “high” or “low,” with $50,000 as the dividing line.

When the data was adjusted for factors such as age and sex, early trauma was associated with worse cardiovascular health in people who came from lower-income households. The link was strongest in people who had suffered emotional or sexual abuse, Islam said. And such trauma was most closely linked with the likelihood of being overweight or smoking.

Those associations weren’t seen in the high-income group.

The link between childhood emotional abuse—which includes being treated in an uncaring or demeaning way—and heart health in adulthood was new, the researchers wrote. Other studies have explored physical abuse and emotional neglect, they said, but “there has been less general awareness of emotional abuse and its potentially damaging effects.”

Islam said high levels of stress hormones, triggered by trauma, can alter the functioning of blood vessels, blood sugar levels and other factors that affect health. Stress also can make someone more likely to engage in unhealthy behavior such as overeating or smoking.

Coming from a low-socioeconomic background likely adds to additional stressors for people trying to recover from trauma and focus on their physical well-being, Islam said. “If you’re constantly struggling to feed yourself, you would most likely not be able to afford expensive gym memberships or healthier food choices like fresh fruits and vegetables.”

Although the study noted previous research shows Black people have a higher prevalence of early trauma relative to white people, it did not ask about trauma related to racism, which other research has linked to heart health risks.

The new research builds on previous work about childhood trauma but makes important contributions to the understanding of its effects, said Natalie Slopen, an assistant professor in the department of social and behavioral sciences at Harvard T.H. Chan School of Public Health in Boston. She was not involved in the new research.

Slopen said the study stood out in several ways. The participants all were Black but came from broad economic backgrounds, which other studies have not always captured. Also, it focused on broad indicators of health, instead of on a specific outcome such as heart attack or stroke.

“By framing this study to look at who is achieving this ideal version of health, it provides insights toward prevention and how to retain health,” said Slopen, co-author of a 2017 AHA scientific statement on childhood adversity and heart health.

Overall, she said, the study “generates a lot of new information that will be important for building hypotheses about how and when we should be intervening” to limit the effects of trauma on heart health.

This study, she said, should encourage people to acknowledge past trauma and seek help as a way of improving their health.