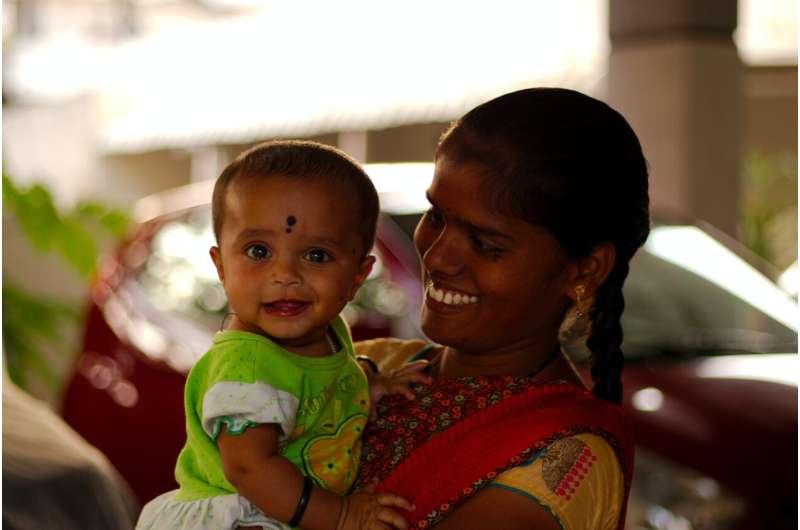 Babies born to women with anemia during pregnancy have an increased risk of childhood anemia, according to a study carried out in rural India.

Anemia, characterized by less than normal concentration of hemoglobin (Hb) in the blood, is an important public health challenge with a prevalence rate of 47 percent among non-pregnant women and 52 percent in pregnant women in South and South-East Asian countries including India, a study published last year in PloS One suggested. Its symptoms include weakness, shortness of breath, dizziness and fast or irregular heartbeat.

The latest study, published November in BMJ Open, says that anemia in women during pregnancy does not cause developmental delays or increase the risk of infectious diseases among children.

Esther Heesemann, a researcher at the University of Mannheim, Germany, and one of the authors, says that pregnancy anemia is widespread in low- and middle-income countries. “Many women enter pregnancy already malnourished and do not receive adequate nutrition to overcome their deficits throughout. The strong correlation between anemia of pregnant women and anemia of their offspring is very worrisome.”

“The public health system needs to ensure that every woman is reached by antenatal care [evidence-based medical care for women during pregnancy] to prevent this intergenerational transition of poor health early on,” she recommends.

An increase in pregnancy anemia suggests the precarious nutritional state of many pregnant women across the world, the researchers explained. In low- and middle-income countries, including India, iron deficiency is a major cause of anemia. Deficiencies in folic acid, vitamin B12 and vitamin A can lead to anemia as also infections and genetic disorders.

“Low hemoglobin during pregnancy is a known risk factor for premature birth, low birth weight and, in extreme cases, death,” the study says, referring to the protein found in red blood cellsthat carries oxygen around the body.

The researchers looked at nearly 1,000 mother-child pairs from 140 villages in the Madhepura district, in Bihar, India. They assessed the effects of anemia during pregnancy on early childhood development, child growth, levels of child hemoglobin and incidence of infectious diseases.

Agnimita GiriSarkar, a pediatrician at the Institute of Child Health, in Kolkata, India, tells SciDev.Net that the study was interesting for showing up a link between maternal anemia and infant anemia. “If proper measures are taken during pregnancy to combat pregnancy anemia then we will be able to reduce anemia in infants,” she says.