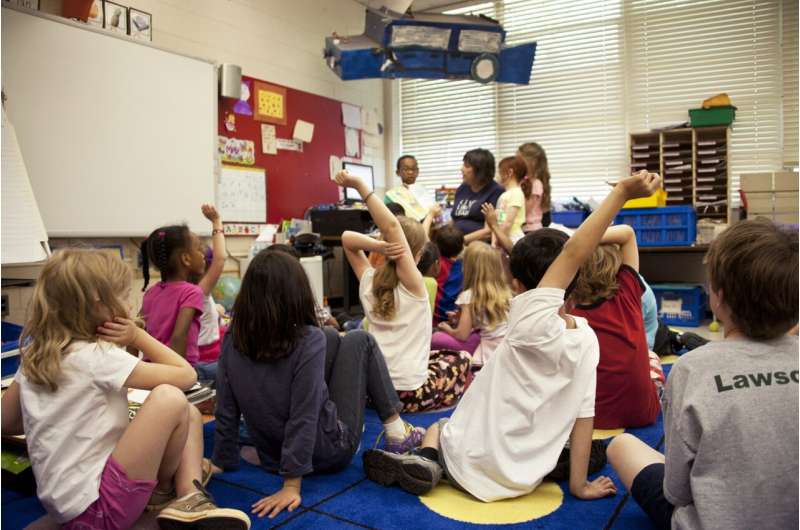 Connecticut and Washington recently became the first U.S. states requiring child care providers to get vaccinated against COVID-19. The new policies reflect the essential role child care providers play and their elevated risk of both contracting and transmitting SARS-CoV-2.

Until now, however, the vaccination rate for this critical group has remained unknown. But a new Yale-led study published in Pediatrics found that vaccine uptake among child care providers in the United States was higher than for the general adult population.

A national survey of the child care workforce conducted between May and June of this year found that, among 20,013 respondents, 78.2% were fully vaccinated. During that same time period, just 65% of the general adult population had been fully vaccinated.

“Child care providers are one of the few groups that have intimate interactions with many people on a daily basis, putting them at higher risk of getting and spreading COVID-19,” said Walter Gilliam, the Elizabeth Mears and House Jameson Professor at the Yale Child Study Center. “Protecting them from COVID-19 is important for their health and the health of the children they care for.”

Child care providers are also critical for a healthy economy. “They’re the workforce that makes other workforces possible,” added Gilliam, senior author of the study. “If they fall ill or if COVID-19 causes child care facilities to shut down, that impacts every working parent relying on that care.”

He added: “These findings are promising but show we still have a ways to go when it comes to vaccinating child care providers.”

Vaccination rates among child care providers revealed in the survey mirror trends observed throughout the U.S. population. Providers who were younger, had lower income, or were Black reported lower rates of vaccination. Providers who were elderly, had higher incomes, or were Asian-American reported higher rates of vaccination. Geographically, vaccine uptake was lowest in the Mountain West and the South and highest in New England and the Pacific West. Massachusetts had the highest vaccine rate at 89.4%, while Wyoming had the lowest, at just 53.5%.

Vaccination rates also differed across child care settings. Providers who worked in child care centers were more likely to be vaccinated than providers based in home settings.

“This could be due to a number of reasons,” said Kavin Patel, lead author of the study and a clinical fellow in infectious diseases at the Yale School of Medicine. “Home-based child care providers are typically responsible for smaller groups of children than those working in centers, so the risk of COVID-19 spread might be perceived as lower. Also, some centers may have required staff vaccination.”

Among the non-vaccinated child care providers, nearly 12% said they were “very likely” or “absolutely certain” to get vaccinated in the future, while over 59% said they were “not likely” to get the COVID-19 vaccine. The most commonly reported reasons for vaccine hesitancy related to fears around vaccine safety.

Parents can help, too, by asking questions about what safety measures their child care providers are taking and how facilities are helping their staff attain vaccines, he said.