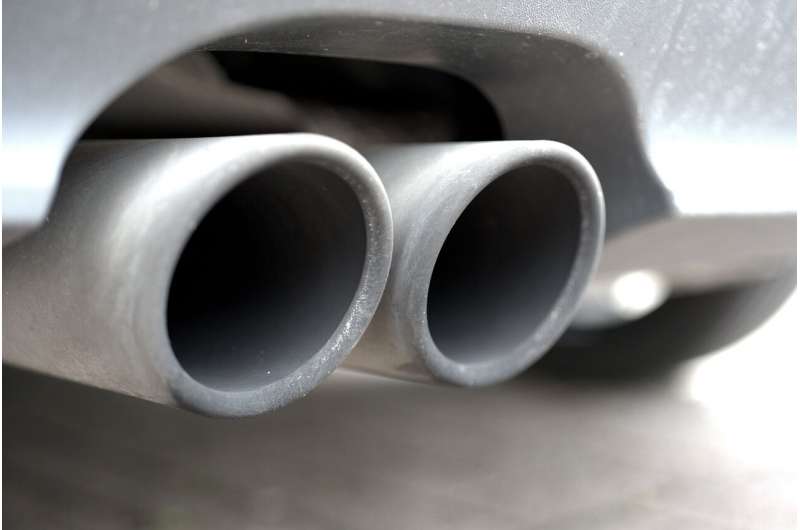 People around the world breathed cleaner air after the economy ground to a halt during the early days of the coronavirus pandemic.

But Chicago and its suburbs missed out on the temporary reprieve from lung-damaging, life-shortening pollution.

A new analysis suggests a key reason why dirty air problems continued here while other cities saw clear skies for the first time in years: Pollution from diesel trucks and locomotives barely changed in the Chicago area, one of the nation’s major freight hubs.

The toll from breathing diesel pollution is staggering. In the metropolitan area that stretches from Kenosha to Naperville to Gary, 340 people are expected to die next year from diseases triggered or made worse by exposure to soot emitted by diesel engines, according to the analysis by the Clean Air Task Force, a Boston-based nonprofit group.

Diesel soot also costs the region more than $3.7 billion a year in hidden health costs, according to the analysis, which relied on a computer model developed by consultants to the U.S. Environmental Protection Agency.

Only Los Angeles and New York record more deaths and health costs from diesel soot each year, the group estimates.

Jonathan Lewis, the group’s director of transportation decarbonization, said mapping the health impacts by county and metropolitan area revealed how people living near interstate highways and freight centers face significantly higher risks than others in less congested regions of the United States.

“This is another reason why we need to transition to zero-carbon freight carriers as soon as possible,” Lewis said Wednesday during an interview. “Of course there is a lot of focus on mitigating climate change, but we shouldn’t lose sight of the very real, immediate impacts of diesel pollution.”

Illinois would appear to be poised to benefit from a shift away from diesel. The recently enacted Clean Energy Jobs Act calls for up to $100 million a year to electrify transportation. Gov. J.B. Pritzker is pushing to make the state a center for electric vehicle and battery manufacturing, frequently citing the Rivian pickup, SUV and delivery van factory in Normal and the Lion Electric plant in Joliet that is making electric school busses.

But Pritzker has resisted signing on to a multistate compact that requires a steadily increasing share of electric medium- and heavy-duty trucks on the road.

“Illinois would get jobs, but we wouldn’t get the benefits of more electric vehicles cleaning the air and improving health if all of these trucks are sold in other states,” said Brian Urbaszewski, director of environmental health for the Respiratory Health Association of Metropolitan Chicago, who noted that Rivian and Lion have urged Pritzker to join the compact.

Federal incentives could help encourage manufacturers to speed up the replacement of diesel engines with emissions-free technologies. The House-approved version of President Joe Biden’s Build Back Better legislation included $170 million to reduce diesel emissions, with a focus on helping low-income neighborhoods hit hardest by the pollution.

The type of pollution at issue can’t be seen without a microscope. Known as PM2.5, it is so small thousands of particles could fit on the period at the end of this sentence.

Breathing the pollution can trigger asthma attacks and cause heart problems, research shows. It also can trigger early deaths.

“Our lungs are built to face the outside world, but the outside world is supposed to be just viruses and bacteria and occasional soot from a fire,” said Dr. Kyle Hogarth, a pulmonary disease expert at University of Chicago Medicine. “Diesel particulate matter is exactly the right size to go deep within your lungs, which are in a perpetual state of being damaged just by breathing.”

At a national level, the Clean Air Task Force estimates diesel pollution is responsible for more than 8,800 deaths, 3,700 heart attacks, hundreds of thousands of respiratory illnesses and nearly $1 trillion in health damages annually.

The group’s conclusions echo a 2019 report from the U.S. EPA that reaffirmed PM2.5 pollution is responsible for thousands of premature deaths annually. More rigorous control of emissions could save thousands of lives, EPA scientists concluded.

Despite the findings from career EPA staff, the Trump administration scuttled a proposed tightening of federal standards for industrial emissions.

As a result, certain neighborhoods remain pollution hot spots even when air quality in a broader metropolitan area is deemed to be satisfactory.

A 2014 Tribune analysis found that nearly 340,000 people, including 38,000 children younger than 7, live within a half-mile of one of the region’s intermodal terminals that transfer freight between locomotives and trucks. More than 80% are Latino or African American.

EPA researchers found spikes of pollution near a Cicero terminal that far exceeded the national average for urban areas.

Nearby in Little Village, neighborhood activists fought a Target warehouse that brought scores of additional diesel trucks into the working-class, predominantly Latino neighborhood.

Kim Wasserman, executive director of the Little Village Environmental Justice Organization, noted the trucks maneuver and idle on the site of a former coal-fired power plant that for decades was one of the city’s largest industrial emitters of soot.