Smear tests are cervical cancer screenings which are carried out to detect any abnormalities in the cervix. To do this test, a small sample of cells are collected which are then sent off for testing. It is recommended that woman aged 25 to 49 should go for a pap smear every three years and for women aged 50 to 64, should go every five years. Cervical cancer in England is more common in females living in the most deprived areas.

Karen Joash, consultant obstetrician and gynaecologist at The Portland Hospital, part of HCA Healthcare UK said: “Once you have been called in for your smear test, your doctor or nurse will give you a private space, often behind a curtain, to undress.

“They will give you a paper sheet to cover the lower half of your body.

“They will then use a very small, specialised brush to gently collect a sample of cells from the cervix. This sample will then be sent away for testing.

“The process should not be painful and should take around three minutes. You may have a small amount of spotting or bleeding after the test which is normal and should usually stop in a couple of days.

“You should get results back within two weeks of having the test, however, they can take longer. You should receive your results in a letter which will explain what they mean. 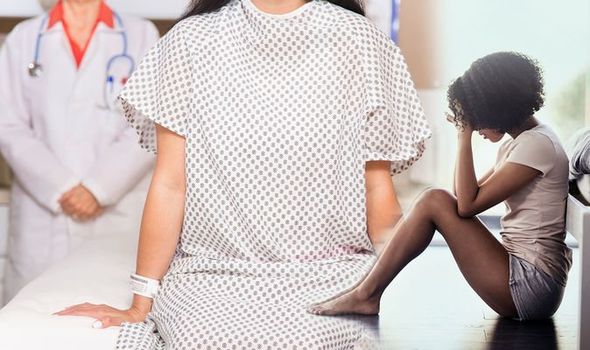 “Most people will have a normal result. This means that you will not have to have any further tests and will be invited to book another smear test in three or five years.”

The NHS run a cervical screening programme in the UK and if you’re registered with a GP, you will usually be invited to have a smear test.

The test is about checking the health of the cervix and is not a test for cancer or any STI’s.

As well as attending screenings when invited, you still need to be vigilant for any unusual symptoms to your body.

Signs you may be at risk of cervical cancer if you experience:

“Smear tests do not test for STI’s however they do detect whether the HPV virus is present. HPV virus is associated with a higher chance of abnormal cells in the cervix and its important to know if its present,” added Joash.

Four things you need to know about smear tests: