Doctors removed a 4-inch piece of cement from a man’s heart, which had leaked into his body from a spinal surgery, according to a new report published in the New England Journal of Medicine. 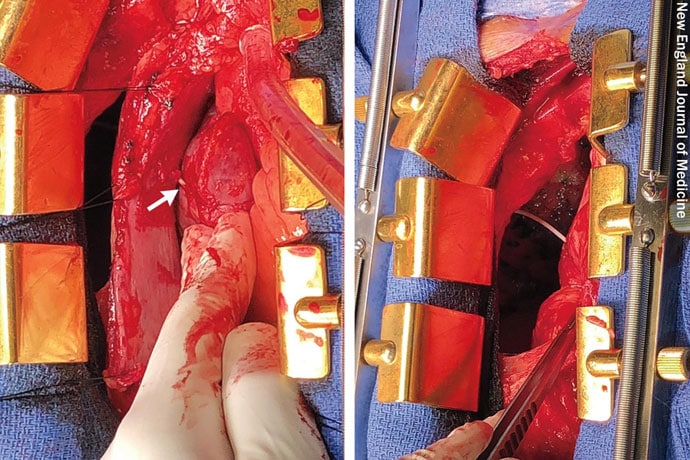 The arrow in the left picture points to where the 4-inch piece of cement had pierced the man’s heart.

The 56-year-old man, who was not identified in the report, went to the emergency room after experiencing 2 days of chest pain and shortness of breath. Imaging scans showed that the chest pain was caused by a foreign object, and he was rushed to surgery. 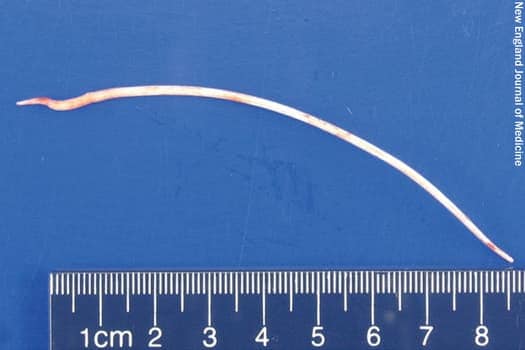 The piece of cement taken from the man’s heart.

Surgeons then located and removed a thin, sharp, cylindrical piece of cement and repaired the damage to the patient’s heart. The cement had pierced the upper right chamber of his heart and his right lung, according to the report authors from the Yale University School of Medicine.

A week before, the man had undergone a spinal surgery known as kyphoplasty. The procedure treats spine injuries by injecting a special type of medical cement into damaged vertebrae, according to  USA Today . The cement had leaked into the patient’s body, hardened, and traveled to his heart.

The man has now “nearly recovered” since the heart surgery and cement removal, which occurred about a month ago, the journal report stated. He experienced no additional complications.

Cement leakage after kyphoplasty can happen but is an extremely rare complication. Less than 2% of patients who undergo the procedure for osteoporosis or brittle bones have complications, according to patient information from the American Association of Neurological Surgeons.

USA Today: “A man was having chest pain. Then doctors found a 4-inch piece of cement in his heart.”