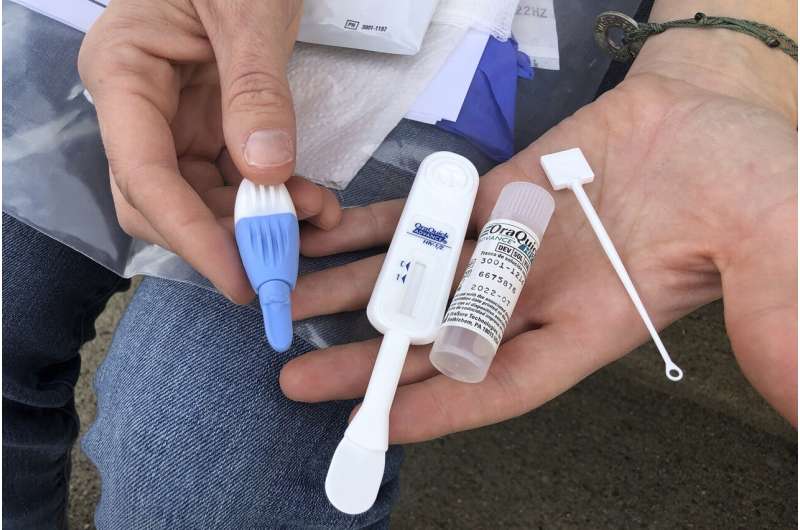 Emergency departments and inpatient medical personnel rarely conducted HIV testing on intravenous drug users in a West Virginia county with one of the nation’s highest spikes in such cases, according to a federal investigation released Thursday.

The Centers for Disease Control and Prevention presented the preliminary findings during a meeting of state and local health officials, the Department of Health and Human Resources said in a news release.

The CDC investigation, based in part on interviews, field visits and observations, was done to assess behaviors and attitudes of people who inject drugs as well as community stakeholders. The investigation further examined access and barriers to services and analyzed HIV contact tracing procedures and other data.

It found that people at the highest risk for contracting HIV were not regularly tested and that there was low access to sterile syringes and injection equipment. The statement also said there were challenges in accessing and navigating both substance use disorder treatment and HIV prevention services and treatment.

Despite the lack of testing in emergency and hospital situations cited by the CDC, a newly formed partnership led by the DHHR’s Bureau for Public Health has tested more than 400 people at risk for HIV. As a result, nearly one-fourth of the positive cases associated with the outbreak were found and referred to care and prevention services, the statement said.

“We believe that a whole community and whole health care model approach is the best way to address any infectious disease outbreak,” said Dr. Ayne Amjad, the state’s health officer.

Amjad said the bureau will provide full recommendations based on the CDC findings when they are available in August and work to address them.

In April, West Virginia Gov. Jim Justice signed a bill to introduce more stringent requirements to needle exchange programs that opponents said would make it harder to get clean needles amid the spike of HIV cases.

The new rules took effect amid one of the nation’s highest spike s in HIV cases related to intravenous drug use. The surge, clustered primarily around the capital of Charleston and the city of Huntington, is being attributed at least in part to the cancellation in 2018 of a needle exchange program in Kanawha County.