Pancreatic cancer is one of the more serious types of cancer, as the symptoms aren’t usually spotted until its advanced stages. But, you could be at risk of the disease if you notice your urine turning a brown colour.

Pancreatic cancer is a disease that directly affects the pancreas; an organ that’s based at the top of your stomach.

The pancreas helps the body to digest food, as well as making the hormone insulin.

If you have pancreatic cancer, it’s crucial that it’s diagnosed as early as possible.

One of the key early warning signs of pancreatic cancer is dark-coloured urine.

READ MORE: Pancreatic cancer symptoms – the poo colour to watch out for 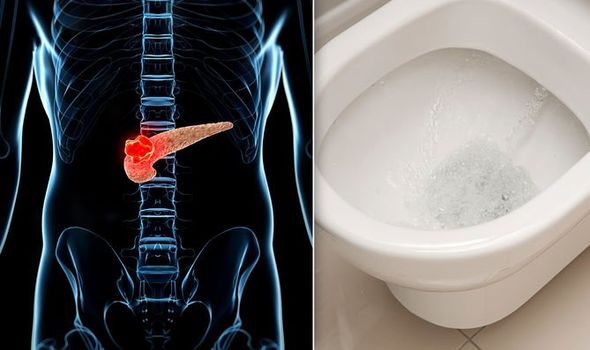 If a tumour grows large enough to block passageways around the intestines, it can lead to a brown-coloured wee.

Bile – which is a fluid that helps the liver to digest food – travels down the common bile duct toward the intestines.

But, if the passage is blocked by a cancer, bilirubin – a liquid found in bile – backs up in the body.

Due to bilirubin’s dark yellow/brown colour, it can subsequently lead to brown-coloured urine.

“Bile is a yellowish-brown fluid released by your liver to help your body digest food. Bile is normally stored in the gallbladder.

“When you have too much bilirubin in your body, the excess can get into your urine and stain it brown.” 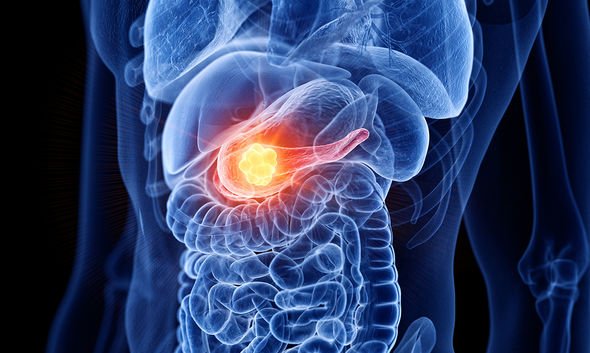 You could also be at risk of pancreatic cancer if you develop unexplained pain throughout the body.

The tumour may press on nerves and other organs in the body, which can be a painful experience.

Most pancreatic cancer patients experience pain on their back, or in their abdomen.

Other pancreatic cancer symptoms include unexplained weight loss, feeling extremely hungry, and swelling on the legs.

Anyone can develop the disease, but you’re more likely to be diagnosed with pancreatic cancer if you’re over 75 years old.

While it’s not possible to completely prevent the condition from ever developing, you can lower your chances of being diagnosed with pancreatic cancer.

Cutting down on the amount of red or processed meat in your diet, and giving up smoking, if you’re a smoker, are the best ways to lower your risk.

Around 8,500 people are diagnosed with pancreatic cancer every year in the UK.