Cancer describes what happens when cells in the body become abnormal, divide uncontrollably and have the ability to infiltrate and destroy normal body tissue. If the cancer goes undetected, these abnormal cells often spread to other tissues in the body, this is known as advanced cancer. If cancer has has reached an advanced stage, the body’s ability to respond to treatment is greatly impaired, so the importance of early intervention cannot be overstated.

This is often easier said than done, however, as cancer often doesn’t produce outward signs until the disease has progressed.

Another problematic issue is the subtlety of certain symptoms means that cancer is often dismissed as a less serious condition.

One symptom easily overlooked is a sore throat that does not get better.

As Cancer Research UK explains, while a sore throat is often chalked up to having an infection, a sore throat that lasts for more than three weeks may signal thyroid cancer. 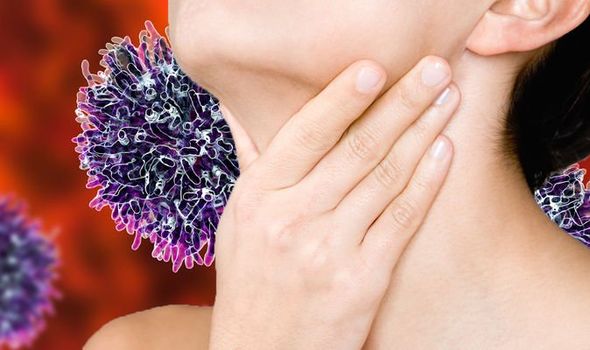 Thyroid cancer is a rare type of cancer that affects the thyroid gland, a small gland at the base of the neck that produces hormones.

According to the NHS, it’s most common in people in their 30s and those over the age of 60.

Women are also two to three times more likely to develop it than men.

As Cancer Research UK explains, another tell-tale sign that a sore throat may signal thyroid cancer is if it is accompanied by difficulty swallowing.

Other common warning signs include:

When should I see a GP?

As the NHS explains, the symptoms may be caused by less serious conditions, such as an enlarged thyroid (goitre), so it’s important to get them checked.

A GP will examine your neck and can organise a blood test to check how well your thyroid is working, says the health site.

“If they think you could have cancer or they’re not sure what’s causing your symptoms, you’ll be referred to a hospital specialist for more tests,” adds the health site. 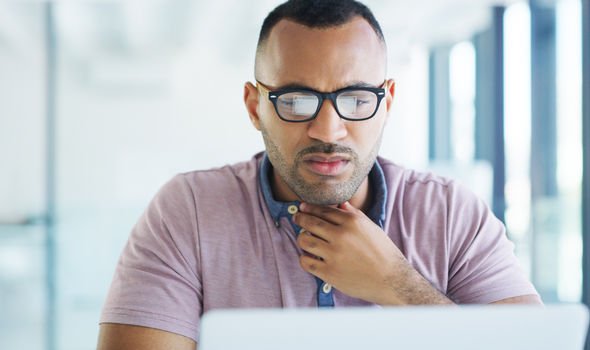 How serious is thyroid cancer?

According to the NHS, the outlook for thyroid cancer is promising, with around nine in every 10 people surviving five years after a diagnosis of thyroid cancer.

“Many of these are cured and will have a normal lifespan,” explained the health body.

Furthermore, up to one in four people treated for thyroid cancer are later diagnosed with cancer in another part of the body, such as the lungs or bones, but cancer can often be treated again if this happens, notes the health site.

Who is at risk?

It is not known what causes most thyroid cancers, but there are some factors that might increase your risk of developing it. 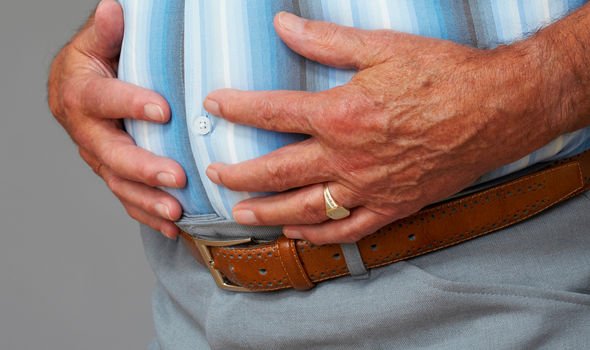 Certain risk factors are unchangeable, such as having a family member with thyroid cancer.

According to Cancer Research UK, the risk of developing thyroid cancer is estimated to be four times higher for people with a first degree relative with thyroid cancer, than people in the general population.

Lifestyle factors also appear to influence your risk of developing the cancer too.