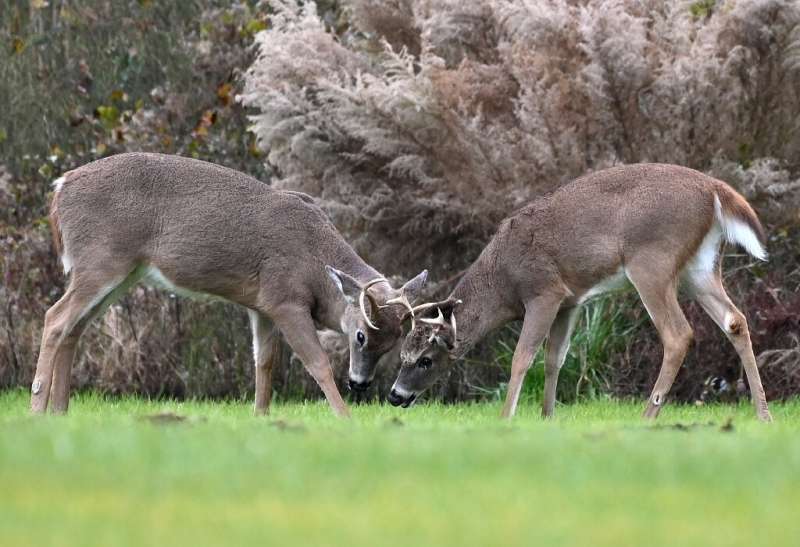 Canada has confirmed its first cases of coronavirus in wildlife—in three white-tailed deer.

The National Centre for Foreign Animal Disease said the samples were collected in early November from the free-ranging animals in the Estrie region of Quebec along the border with the United States.

“Similar to findings in the United States, the deer showed no evidence of clinical signs of disease, and were all apparently healthy,” the agency said in a statement late Wednesday.

The World Organisation for Animal Health was notified on December 1, it added.

There is limited information on animals and COVID-19.

Authorities urged mask-wearing around wild deer, while they “continue to monitor and assess the potential implications of the virus on Canadian wildlife.”

The virus has previously infected multiple species of animals globally, including farmed mink, companion animals such as cats and dogs, and zoo animals.

The United States recently reported evidence of spillover of COVID from humans to wild white-tailed deer, with subsequent spread of the virus among deer.

But there has been no known transmission from deer to humans.