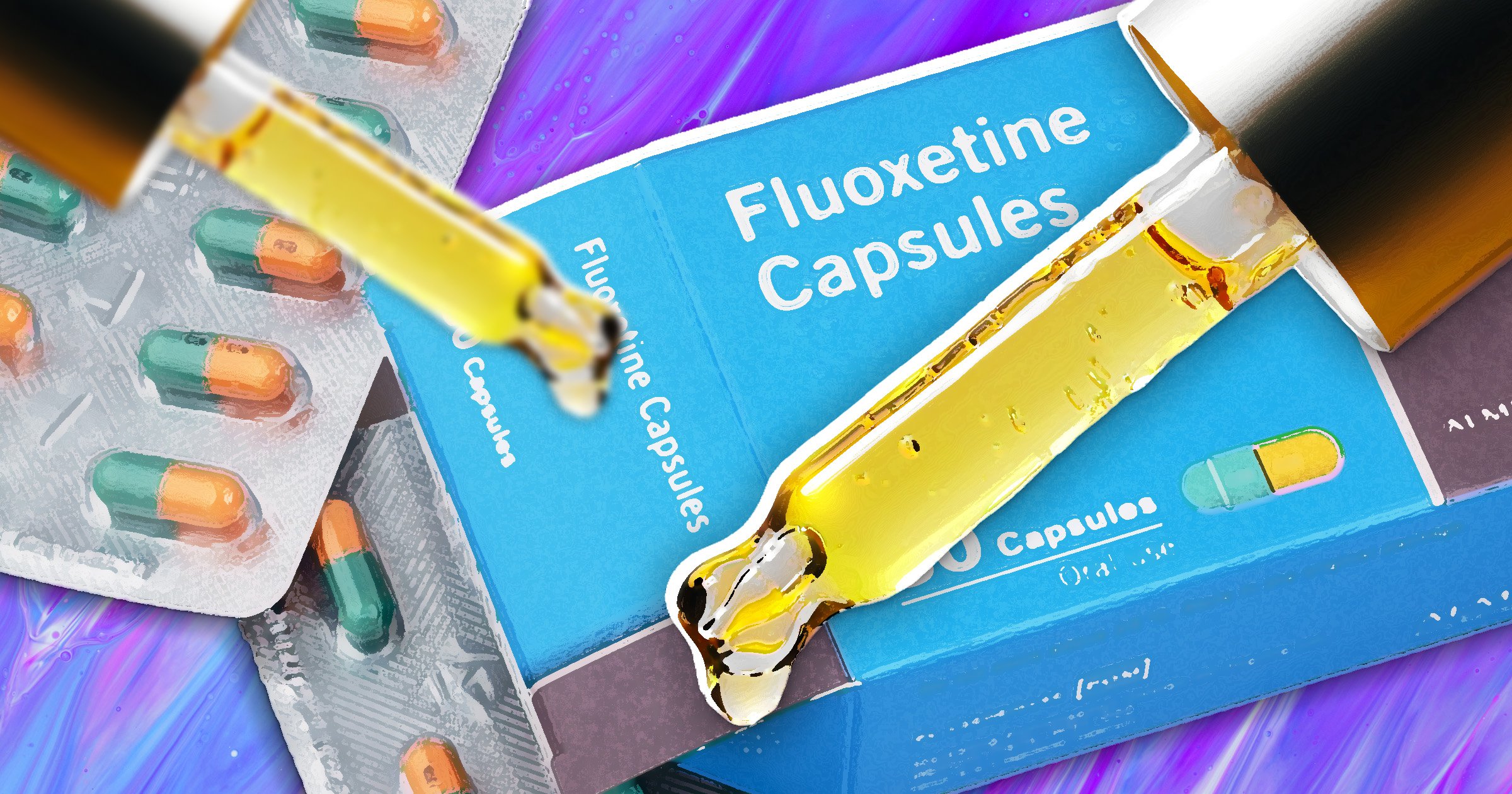 The UK has the second largest market for CBD in the world – after the US –, with a current value of around £690 million. It’s estimated that the market will be worth a whopping £1 billion by 2025.

CBD (short for cannabidiol) comes from the cannabis plant, and is one of over 110 chemical compounds called cannabinoids that are found in the plant.

These compounds interact with cannabinoid receptors in the brain and body as part of its endocannabinoid system, which helps balance things like pain, memory, mood and appetite.

Can CBD help with anxiety and depression?

Many people take CBD in the form of oil tinctures, capsules or gummies, to help alleviate symptoms of anxiety and depression.

A study on 103 patients with anxiety found that ingesting CBD capsules helped decrease anxiety symptoms in 79% of subjects, as well as improving sleep.

Another study following 90 people with depression revealed that 53% felt better overall after self-medicating with CBD oil, and 93% didn’t observe any negative side effects of taking CBD.

While research is limited, due to the high costs associated with clinical studies, results do look promising.

‘Sadly most studies on CBD are small scale, due to the high costs associated with clinical studies,’ explains Professor Mike Barnes, consultant neurologist, medical cannabis expert and advisor to hapihemp.

What are potential interactions of CBD with antidepressants?

‘Commonly with antidepressants, it might be that CBD-based products will make other medications more or less effective,’ advises Dr Hana Patel, private GP and mental health coach.

‘This can cause unwanted side effects such as increased drowsiness, confusion and dizziness, for example.’

There are a couple of reasons for this – firstly, CBD side effects can include drowsiness, dry mouth, dizziness and diarrhoea, which can also be unwanted effects of antidepressants (who doesn’t love a bit of sertraline cotton mouth, eh?). So, you’re potentially doubling up on side effects, which may be unpleasant.

Secondly, CBD has the potential to affect the concentration of your medication.

‘Generally, antidepressants are metabolised in the liver, and CBD can affect liver enzymes,’ explains Professor Barnes.

Research shows that CBD may inhibit the liver enzymes that metabolise most prescription meds, in the same way that grapefruit is thought to.

One study found that CBD minimally affected metabolism of common antidepressants fluoxetine, mirtazapine and sertraline, in vitro (in test tubes). However, significant interactions were observed in patients taking citalopram, with CBD causing higher concentrations of the drug in the body, though researchers couldn’t confirm whether this also increased SSRI-related side effects.

Another study in adolescents showed that even small doses of CBD could increase levels of sertraline and citalopram, raising the risk of concentration-related side effects.

Can you get CBD from your doctor?

Currently, you can only be prescribed cannabis-based medicine – both on the NHS and privately – by a specialist doctor, and only for certain conditions like epilepsy and MS, or for chemotherapy side effects. FYI, it’s actually incredibly rare to get a medical cannabis prescription on the NHS.

The cannabis products prescribed by doctors are not the same as the ones available to purchase, which are classed as food supplements and aren’t legally allowed to make any health claims.

Thankfully, this year the Food Standards Agency (FSA) took steps to regulate the UK’s murky CBD market, becoming the first country in the world to do so. Before, you often didn’t know if the product you were splashing cash on was legit or contained what it said it did.

Now, you can check if a product in the UK is FSA-approved, by searching UK CBD List. A worrying three quarters of products submitted to them didn’t meet approval, so it’s well worth checking your products.

While interactions do appear to be minimal, they can’t be ruled out, so it’s imperative you tell your GP if you plan on taking store-bought CBD at the same time as prescription meds.

‘I often have patients ask me questions about this as they choose to self-medicate with preparations obtained from unregulated sources,’ says Dr Patel.

‘I encourage patients to tell me about other medications that they may be taking in conjunction with their prescription medications, in order to avoid potentially dangerous drug interactions.

‘Whilst it is an individual’s decision to take CBD-based medicinal products that have not been prescribed by a doctor, I would recommend getting advice from your GP first.’

Their advice might be something as simple as taking CBD at a different time of day to your meds, but it’s best to check as different antidepressants carry different risks, and no two humans are the same.

To chat about mental health in an open, non-judgmental space, join our Mentally Yours Facebook group.