Bug bites can come in all shapes and sizes with there being a variety of different insects that bite from sand flies to ticks. One of the most common bug bites travellers find when they go on holiday abroad is mosquito bites. But some bites may be more dangerous to a person’s health than others, according to LloydsPharmacy’s Matt Courtney Smith, especially if you are travelling to an area where tropical illnesses are more common. Matt said: “If you are visiting countries in Africa and Asia, mosquito bites may pose a higher risk as there is a higher chance of these mosquitos carrying malaria.

If you are visiting countries in Africa and Asia, mosquito bites may pose a higher risk as there is a higher chance of these mosquitos carrying malaria

“It is best practice to be aware of the risks before you travel and take preventative measures to avoid being bitten such as using insect repellent or malaria nets.”

Matt advises taking insect repellent to countries where there is a risk of being bitten.

And he adds the repellent you use should contain 50 per cent DEET (diethyltoluamide) which is the active ingredient protecting the skin against bites.

Matt offered his advise on which bugs to look out for while you travel and how to best treat any bites you do get.

Mosquitos are found worldwide and carry a number of different infections depending on the species and geographical area.

Those that carry potentially more serious infections are found in hotter climates, particularly Africa, Asia and South America, and can carry conditions such as malaria, dengue fever and yellow fever, according to Matt.

He advised: “You can help prevent mosquito bites by wearing insect repellent every day and using mosquito nets at night.

“Mosquito bites appear as small red lumps on the skin and are usually very itchy. Some people also develop blisters.

“You should avoid scratching the area and can use antihistamine creams to reduce itchiness. If you experience symptoms such as fever, chills and headaches, you should visit a medical professional as soon as you can.” 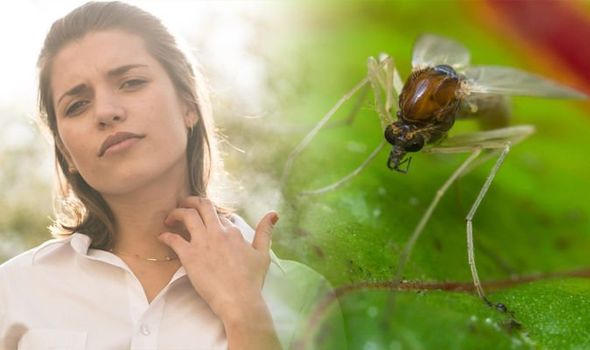 Ticks are found in woodland areas and overgrown fields which can be found in most countries. They often attach themselves to the skin and bite in warm, moist areas such as groin or armpit.

Matt explained: “The bite itself is often itchy and causes redness on the surrounding skin. Although usually harmless, ticks may carry conditions such as lyme disease and African tick-borne fever so it is important to avoid bites when possible, particularly if you are travelling abroad.

“Tick bites are not usually painful and you may be unaware that you have been bitten. They can cause swelling, itchiness and bruising and appear as a small red lump on the skin. Ticks often remain attached to the skin and should be removed carefully with a pair of fine-tipped tweezers. Grip the tick as close to the skin as possible and pull steadily away from the skin. The area should then be washed with soap and water and an antiseptic cream applied to the skin around the bite to reduce itching.”

Sand Flies are found in Central and South America, Southern Europe and Africa, and carry the parasitic infection leishmaniosis, which is more common in impoverished areas.

There are three main forms of the disease and symptoms may not appear for weeks to months after becoming infected.

Matt warned: “The most common form causes skin lesions and ulcers on the body as the site of the bite. As long as it is treated quickly, it is not a serious infection.

“A sandfly might be the culprit of your bite if you are bitten in the evening or overnight and if you are presented with a painless red spot.

“Sandfly bites can become larger over the course of time, therefore it’s best to seek treatment as soon as possible.” 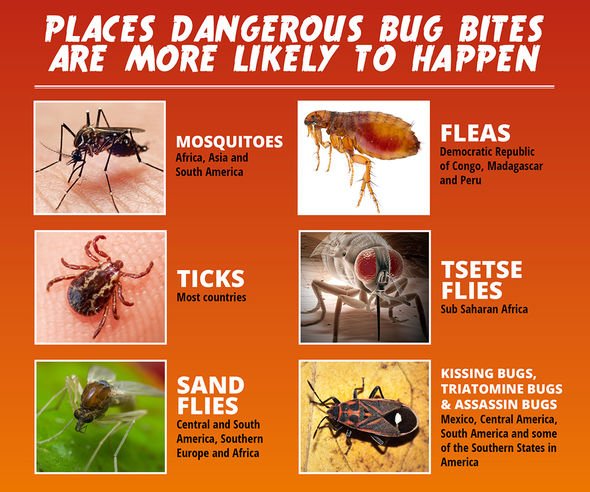 In tropical areas with poor sanitation, rat fleas may carry the plague, which is dangerous to humans.

This is very rare, according to Matt, however countries such as Democratic Republic of Congo, Madagascar and Peru are thought to have the highest risk.

He added: “They often hide in beds and bed clothing and mostly live on rats, although they may also live on other small animals and rodents.

“It is advisable to practice good hand hygiene when travelling in areas with poor sanitation and you should always avoid contact with rodents or sick animals.

“There are antibiotics available to treat the plague, following a diagnosis from a healthcare professional – samples will usually be required for a diagnosis.”

Tsetse flies carry a parasite that causes tyrpanosomiasis which is a widespread tropical disease more common in Sub Saharan Africa. 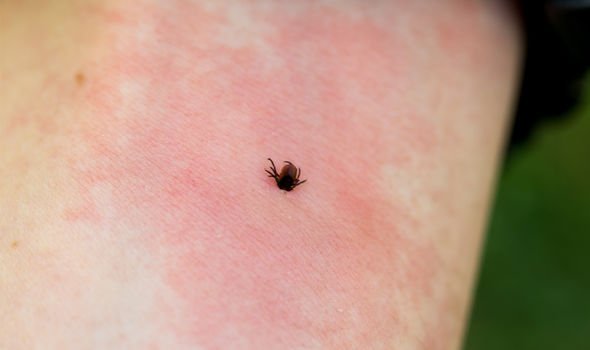 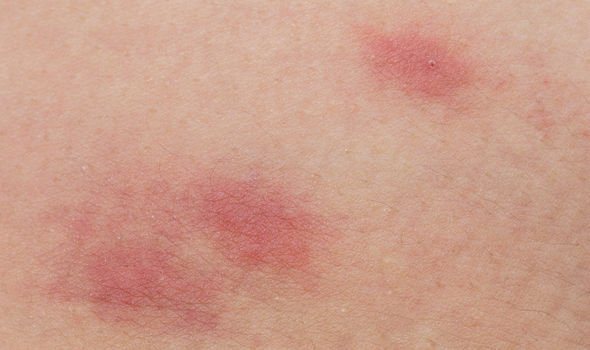 Matt explained: “The disease is transmitted from the bite of an infected fly and causes fever, swollen lymph glands, aching muscles and joint pain. The disease is rare in travellers however should you experience these symptoms you should visit an infectious diseases specialist for treatment. If left untreated the disease can be very serious, so it is important to get treatment as soon as possible.

“You can avoid bites from a tsetse fly by wearing long sleeved shirts and trousers that are neutrally coloured. You should also use an insect repellent, which may help to prevent you from being bitten. Bites will be red and sore so if you suspect that you have been bitten you should visit a healthcare professional as soon as possible.”

Reduviid bugs such as kissing bugs and assassin bugs may carry a parasitic disease called Chagas disease (also known as American trypanosomiasis), which is transmitted by contact with faeces / urine of the infected bug.

Matt said: “These types of bugs are most commonly found in Mexico, Central America, South America and some of the Southern States in America. These bugs usually live in the wall or roof cracks of poorly constructed houses and are active at night. You can avoid being bitten by avoiding sleeping in buildings with cracks and holes in the walls and spraying houses and surrounding areas with insecticides.

“If you are bitten by a Reduviid bug such as a triatomine bug (otherwise known as a kissing bug), you might develop a small sore or lesion in the skin. Reduviid bugs are parasites, therefore the sore is often a result of the creature trying to enter the body.

“Kissing bugs frequently bite the skin on the facial area which is one indicator of the culprit of your bug bite.

“If the creature is carrying the Chagas disease, there are medications available which can treat early stages of infection. In order to identify if you have been bitten and infected, you may need to take a blood test. However, prevention is better than cure.”

Another common bug bite in the UK is from the bed bug, but they can be hard to spot. A certain smell may help you distinguish an infestation.