Measles on the march: Britain loses its ‘virus-free’ status, but Boris Johnson vows to tackle ‘antivaxx’ scare stories over fears they are driving the crisis

Britain has lost its ‘measles-free’ status three years after the virus was eliminated in the country, Boris Johnson warned last night.

The Prime Minister pledged a ‘decisive’ response, which includes tackling the spread of misinformation by the ‘antivaxx’ movement.

The number of Britons vaccinating themselves or their children against the virus has steadily declined in recent years, while cases of measles have quadrupled in the last 12 months.

In the first quarter of this year, there were 231 confirmed cases. 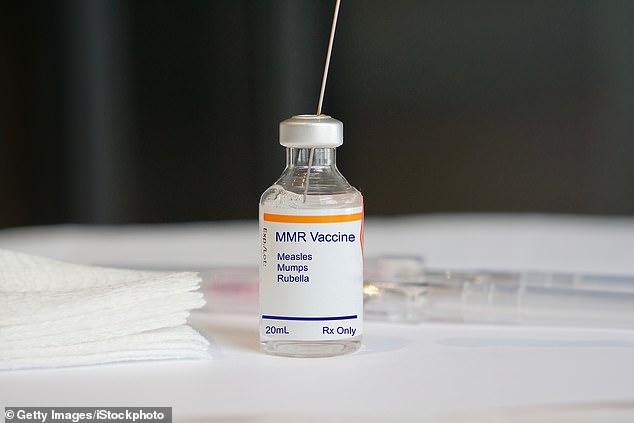 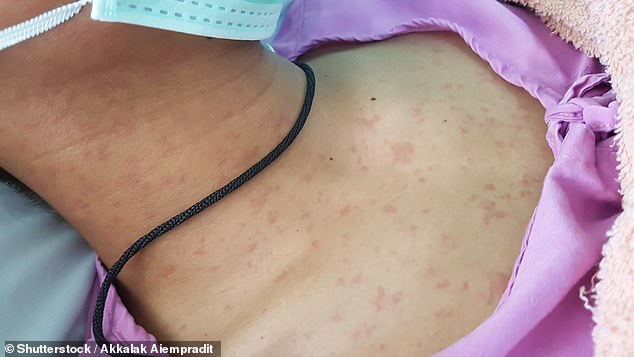 The Prime Minister pledged a ‘decisive’ response, which includes tackling the spread of misinformation by the ‘antivaxx’ movement. (stock image of measles patient with skun showing signs of a rash, which is associated with the disease)

Britain was declared ‘measles free’ by the World Health Organisation in 2016 after a 36-month period with no ‘endemic’ transmission – meaning the only outbreaks in that time had started abroad and were then passed on.

She said in November: ‘Over 30 years, we have vaccinated millions of children. It is a safe vaccination, we know that, and we’ve saved millions of lives across the world.

‘People who spread these myths, when children die they will not be there to pick up the pieces or the blame.’

One myth is based on research done by Andrew Wakefield in the 1990s which claimed MMR led to autism, but his results were later found to be fake, and the work was called ‘fatally flawed’, ‘fraudulent’ and ‘dishonest’ by experts in the field.

Others claim the vaccine doesn’t work – but after the introduction of MMR in 1963, global measles deaths dropped, on average, from 2.6million to around 100,000, according to the WHO.

The figure has fluctuated since, believed to be partly due to the Wakefield scare in the mid-90s, but in 2017 there were reports of only 1,693 measles cases in England.

Since 2016, however, uptake of the MMR (measles, mumps, and rubella) jab has fallen each year and the WHO has revoked the country’s measles-free status.

Politicians are alarmed about ‘creeping cynicism’ surrounding the safety of vaccinations partly driven by the antivaxx movement, which spreads scare stories, conspiracy theories and false information about the jabs online.

Mr Johnson said last night: ‘After a period of progress where we were once able to declare Britain measles free, we’ve now seen hundreds of cases of measles in the UK this year. One case of this horrible disease is too many and I am determined to step up our efforts to tackle its spread.

‘This is a global challenge and there’s a number of reasons why people don’t get themselves or their children the vaccines they need, but we need decisive action across our health service and society to make sure communities are properly immunised.’

The Prime Minister is due to visit a hospital in south-west England today where he will outline the measures designed to improve vaccination rates.

These include taking on the antivaxx movement by creating a new NHS website setting out evidence on vaccine safety.

He will also summon social media companies to a summit to discuss how they can stop the spread of misinformation online.

GPs will be ordered to promote ‘catch-up’ vaccination programmes for under-25s who have missed one or more MMR jabs.

The WHO says 95 per cent of the population must have two vaccinations – at aged one and aged three – to adequately protect against the disease. The UK’s current uptake rate for the first vaccine is 92 per cent.

But experts are particularly concerned about second vaccination uptake, for which the UK rate stands at 87 per cent, down from 89 per cent five years ago.

Health Secretary Matt Hancock said: ‘With this strategy, the whole health system will come together to renew focus on vaccinations, especially for our children.’

Dr Mary Ramsay, head of immunisation at Public Health England, said: ‘Losing our “measles-free” status is a stark reminder of how important it is that every eligible person gets vaccinated. Making it as easy as possible for parents to access vaccines so they can offer their children the best possible start in life is a priority.’ 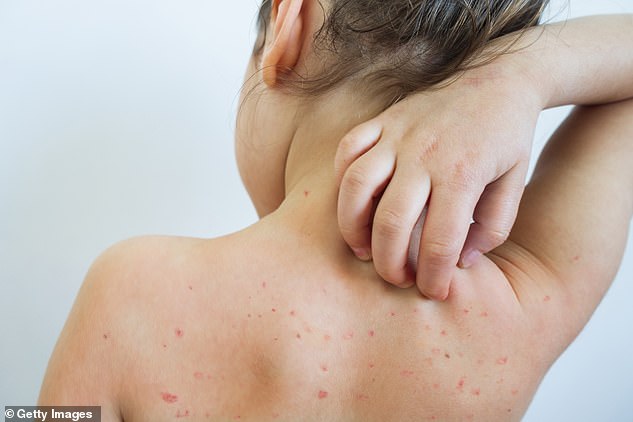 Measles is a highly contagious viral infection that spreads easily from an infected person by coughing, sneezing or even just breathing.