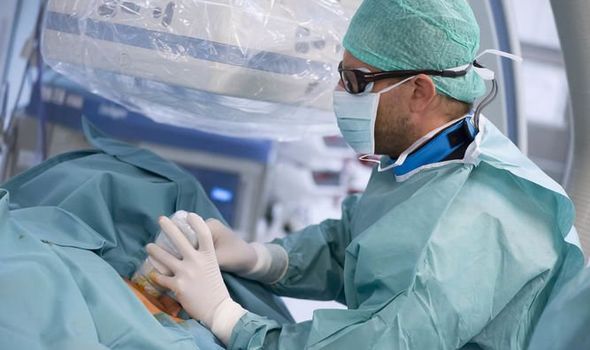 Using this network of tissues and organs that help rid the body of toxins means the bubbles, called vesicles, can reach lymph nodes in the armpit affected by breast cancer. When high-power ultrasound is applied to the armpit, the bubbles burst, meaning the anti-cancer drug gets to a targeted area. This would prevent the disease from spreading to other organs, known as metastasis, which is the primary cause of death.

Each year around 11,500 women die from breast cancer in the UK, according to charity Breast Cancer Now.

Study leader Professor Tetsuya Kodama, at Tohoku University, Japan, said: “We believe that our technique has the potential to be developed into a new treatment for lymph nodes invaded by metastatic tumour cells.”

Prof Kodama tested the treatment on mice with a type of breast tumour similar to that found in humans.

They first tested whether vesicles could travel through the lymphatic system, then injected the mice with breast cancer cells before trying to treat the disease using the method. The study was published in Scientific Reports.