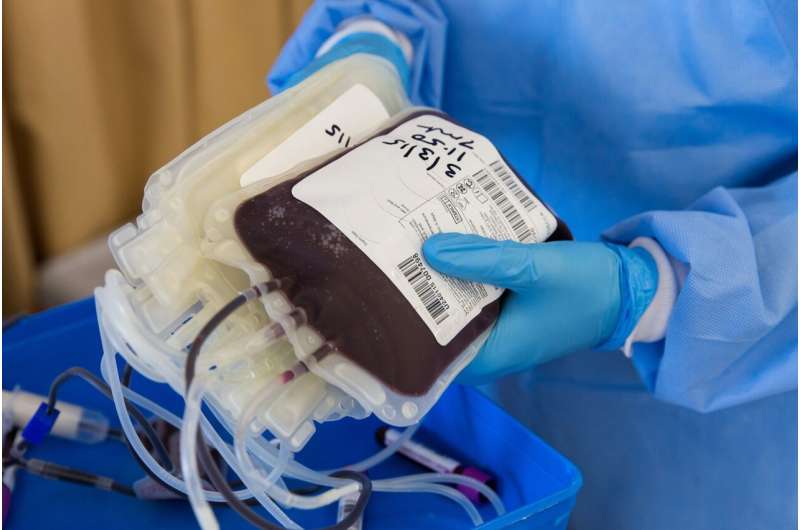 The first analysis of blood groups data since 1993–1994 has shown that the distribution of blood groups has changed, reflecting changes in the demographic characteristics of the Australian population, according to research published today by the Medical Journal of Australia.

The researchers led by Dr. Rena Hirani, Senior Research Fellow with Australian Red Cross Lifeblood and Macquarie University, analyzed data for blood donors and for people whose blood type was determined in samples submitted for analysis by hospital-based or private pathology agencies, across all Australian states and territories in the 2019 calendar year.

“The distribution based on typing of first-time blood donors was similar.

Hirani and colleagues wrote that the demographic characteristics of Australia have changed markedly, particularly during the past 10 years, following extensive immigration from South East Asia, India and China, where the prevalence of the B and AB blood groups is generally higher.

“These findings suggest that the proportion of RhD+ blood group donations is increasing at the expense of RhD– RBC units,” they wrote.

“As 85.9% of patients blood-typed by pathology services during 2019 were RhD+, diversifying blood holdings to encompass more RhD+ stock would be adequate for meeting clinical requirements.

“In 2019, the proportion of blood donors who were RhD– was larger (20.5%) than that of people blood-typed by pathology services (14.1%). Australian Red Cross Lifeblood actively recruits people with group O RhD– blood to meet the clinical demand for RBC units. But only 16.2% of first-time blood donors in 2019 were RhD–, suggesting that it may be increasingly challenging to recruit new RhD– donors.

“The proportions of O RhD– RBC units issued increased during 2010‒20, and that of B RhD+ and AB RhD+ RBC units declined. This indicates substantial reliance by transfusion practitioners on RhD– RBC units, but our findings could encourage consideration of RhD+ options for some purposes.

“Our findings and other information could encourage transfusion laboratories and practitioners to stock and transfuse more closely matched ABO RhD RBC units.”

Hirani and colleagues wrote that their findings could be used for “evidence-based forecasting of supply.”