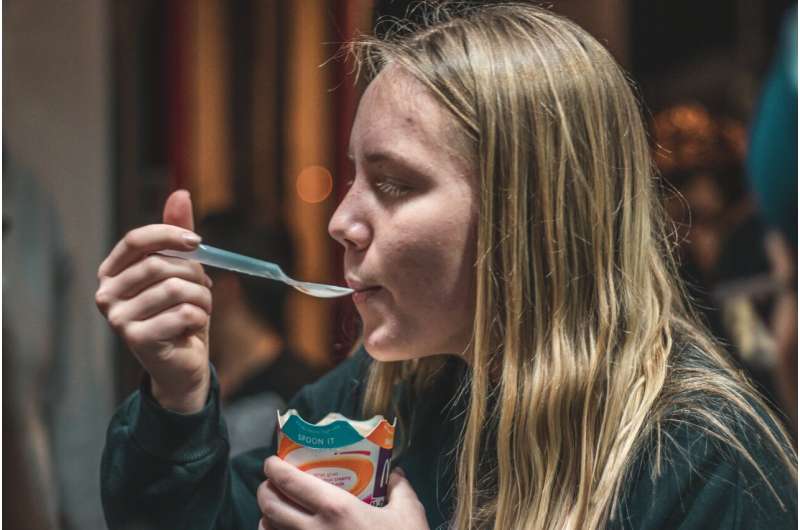 For many people, the term “eating disorder” will bring to mind its two most familiar forms—anorexia nervosa and bulimia nervosa. What they may not realise, however, is that “binge eating disorder” is more common than the other two combined and can significantly reduce quality of life.

More than just eating too much, which most people will find themselves doing once in a while, binge eating reflects a recurrent behaviour pattern of losing control, bingeing food and feeling associated shame and guilt afterwards.

Binge eating disorder was only recognised as a diagnosis in 2013, much later than anorexia and bulimia. But a lack of awareness about binge eating means people who experience the disorder aren’t getting the help they need from doctors.

As our multinational research project has recently found, people with binge eating disorder are also underrepresented in studies of eating disorders, limiting the ability of researchers to develop treatments.

Understanding the fundamentals of binge eating

Unlike bulimia, or the type of anorexia that involves binge eating and purging, people experiencing binge eating disorder don’t try to compensate with strategies such as purging or excessive exercise following a bingeing episode.

Although it may first emerge in childhood and adolescence, binge eating more typically occurs in early adulthood. Importantly, bingeing can be observed in people of all body sizes, although many individuals who experience binge eating will be in a higher weight range.

According to the US National Library of Medicine, there are five criteria to diagnose binge eating disorder:

Other warning signs of binge eating disorder include:

The longer-term health complications associated with this type of eating disorder include heart disease, type 2 diabetes, obesity and osteoarthritis (due to wearing down of the cartilage that cushions the ends of bones at the joints).

Bingeing may even be dismissed as just an occasional over-indulgence. Media portrayals of eating disorders perpetuate this idea, often focusing on anorexia.

The stigma and shame surrounding binge eating behaviours are significant and may prevent people from accessing help and treatments that could combat the disorder. Fewer than half of those who experience binge eating will seek and receive treatment.

Patients will often not disclose their binge eating symptoms to their doctor, meaning treatments often focus on weight loss and other health complications of binge eating but fail to recognise the eating disorder that drives the behaviour.

This lack of awareness and discussion affects recruitment into research in eating disorders.

Recruiting people who have experienced binge eating for eating disorder studies is critical for better understanding of the disorder and improving treatments.

However, our experience of recruiting participants for our own study indicates this can be challenging. Despite our best efforts, the number of participants with anorexia or bulimia far outnumber those with binge eating—a pattern observed in New Zealand, Australia and the US.

Current treatments for adults with binge eating disorder include cognitive behavioural therapy, antidepressants and, in some countries, the drug lisdexamfetamine, which is the only approved medication for the disorder so far.

Awareness and education that binge eating is a prevalent—and potentially life-threatening eating disorder—is desperately needed to combat the current stigma and provide insight into the drivers of the behaviour.

The government announced an additional NZ$3.9 million in funding for eating disorder services in this year’s budget. But if binge eating remains hidden from view, sufferers could miss out on the essential support this boost could provide.